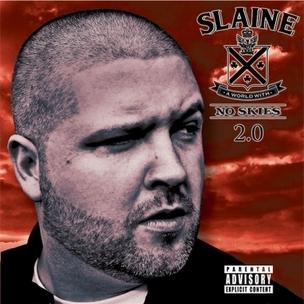 Slaine’s A World With No Skies is a gritty, passionate project that calls back to aggressive and dark works like DMX’s It’s Dark and Hell Is Hot debut. This time, the La Coka Nostra/Special Teamz member is stepping out with a national album that portrays him as more than just Boston’s boy, but a voice that resonates with struggle, perserverence and the tender balance between good and evil everywhere.

Although a veteran by release standards, Slaine‘s name has grown immensely in the last two years. “Black Horse” is an appropo introduction, with the emcee laying out his manifesto alongside marching drums that fuel the track. Slaine bares his heart amidst a one of the LP’s more sophisticated rhyme schemes. “How hard is it, how hard is it / To drip out in this mess / When my heart is just, my heart is just / Been ripped out of my chest” hears Slaine’s regional dialect mesh perfectly with the deeply emotional lines. The emcee’s usage of repetition at the beginning of bars puts an emphasis on just how powerful the words he’s spitting are. It’s exactly what a first track should accomplish, particularly on an album that appears to be such a big stepping out.

Slaine is able to find a balance that previous works lacked. Loaded songs like “99 Bottles” or “You” hear the extent of Slaine’s aggressive delivery, where “Ghost” and “Borrowed Time”

reveal a pensive side. He moves between spitting stick up stories (“If I Shoot You”) and introspective narratives (“Jumpin’ Out the Window”). The latter hears Slain spit, “These are the same kids who grew up where I’m from and I love it / I persevered through everything, I just knew I’d become this / I feel the love now, it’s like I overcome all the numbness / But I paid the price for it and I’m sick to my stomach.” By the time the album nears conclusion with the standout “Borrowed Time,” Slaine seemingly wrote his autobiography. For good measure he spits “When they ask what’s fucking wrong / What’s wrong is that everything is real in these fucking songs.”  The line doesn’t validate the previous 14 tracks as much as it reinforces his journey.

The album has its black sheep, such as “The Boulevard” and “Crazy”

. Both songs pack a punch content, but seem out of place on the album. Throughout the project there is no shortage of quotables from Slaine, however, each guest verse seemingly takes away from his moment. For a guy who’s been in the group shadows of emcees like Edo G. or Ill Bill, Slaine proves that he alone can master the ceremony. Despite the guest artists sharing a similar connection with Slaine musically, none steal his show, even for a moment. This work is clearly Slaine’s best lyrical effort to date because his words live up to his energy.

A World With No Skies 2.0 is as tough as a New England winter – and in certain moments, just as beautiful. 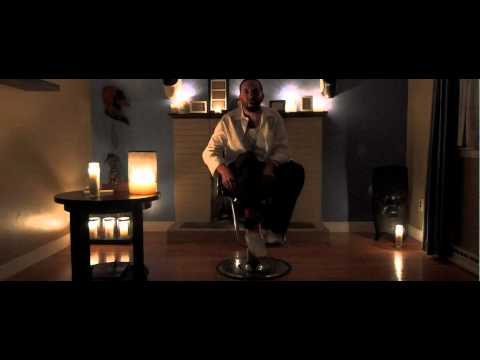