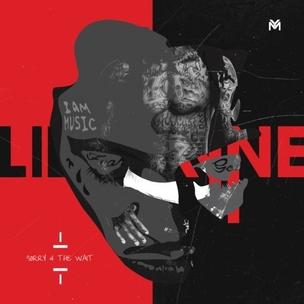 After a year and some change of waiting for a new Weezy project, Lil Wayne drops Sorry 4 the Wait, a mixtape that acts as a precursor to Tha Carter IV. It feels like a Mayweather tune up fight: a lot of anticipation but sees a fighter/rapper who merely goes through the motions.

From the jump, “Tunechi’s Back”

fails to separate itself from any of the Meek Mill remixes. Wayne takes a smash hit and sounds more Ross than Weezy. It’s sadly a trait that plagues the mixtape. For an artist who has been lauded as an originator, Sorry 4 the Wait sees Wayne sounding more like his contemporaries than himself. Without a smash on the project, Sorry 4 the Wait fails to live up to the expectations that the No Ceilings

). The albums biggest appeal is that Wayne admits that he hasn’t embraced a sober life. On “Rolling” he says “I’m talking big money, I’m talking heavyweight, I cut down on the syrup, Now I’m in better shape,” and throughout the album he mentions pills, patron and other lifestyle choices that he swore off. If the lack of sobriety doesn’t grab your interest a Jay-Z line, “gotta kill witnesses ’cause Free’s beard stickin out” from “What We Do”

in the way of “Gotta kill witnesses ’cause Baby’s car red.” While some may argue that it isn’t a blatant jack, at best it feels lazy.

Sorry 4 the Wait feels like an underwhelming tune up fight for a pound for pound champion. Whereas the mixtape circuit once was where Weezy attempted to back up his claim of being the best rapper alive, it is now a place that sees anything but his best work. He makes a point of saying Sorry 4 the Wait on nearly every track, and while the tape may suffice some fans, August 29th can’t come quick enough. With a lackluster offering on Sorry 4 the Wait, Tha Carter IV now carries the burden of deciding his career trajectory.