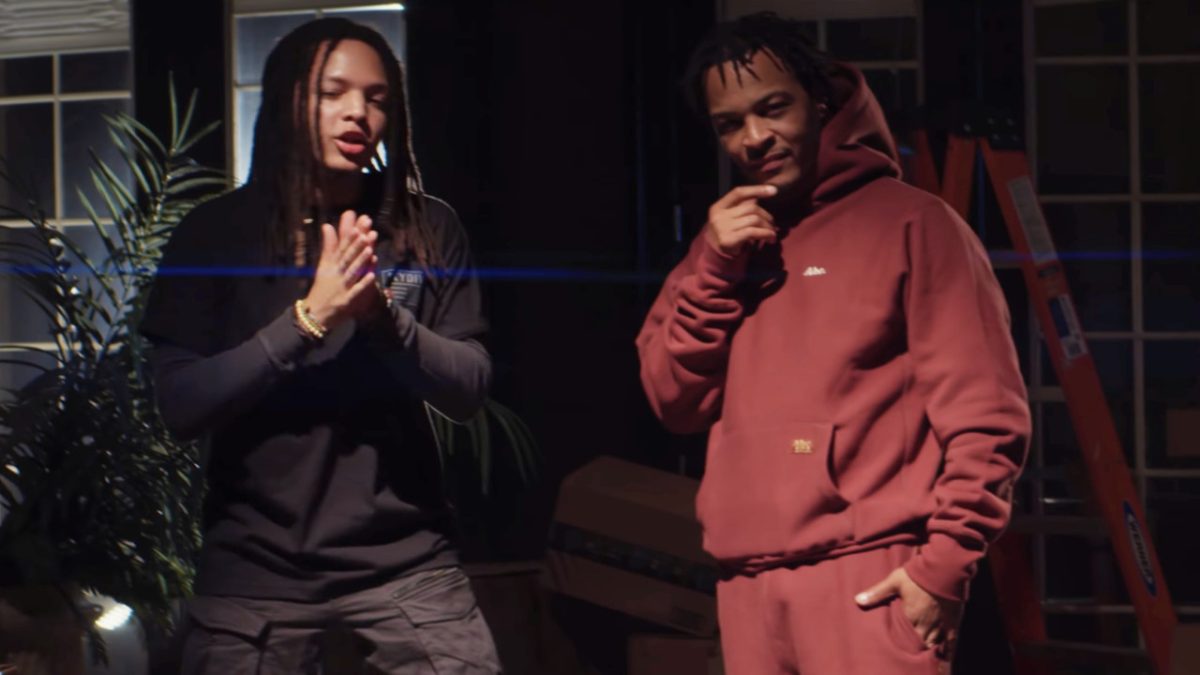 T.I. and his son Domani will be teaming up to take over the halftime show at next week’s Atlanta Hawks game at State Farm Arena versus the Sacramento Kings.

Taking place next Wednesday (November 23), the Thanksgiving Eve performance comes as part of a collaboration between The Hawks Shop and Tip’s popular Trap Museum. In a statement, Tip expressed his excitement to hit the court with his son for the first time.

“I’m a True to Atlanta Hawks fan and have performed in State Farm Arena on numerous occasions, but this time it feels different being able to take the stage with Domani,” T.I. said. “The Hawks are off to a great start this season, hopefully we can continue the momentum. I can’t wait to hit State Farm Arena on the 23rd and give the fans a memorable performance.”

Domani is equally as excited, calling the moment a “bucket list” experience. “Growing up in Atlanta, the Hawks run through my DNA, going to tons of games throughout my life with my family,” he said in his own statement.

“We have a lot of amazing young talent on the team, so I definitely continue to have high hopes for the Hawks. Being able to perform with my pops at State Farm Arena is definitely a bucket list moment for me.”

Limited edition merchandise will be a part of the collab, including a black hoodie and a black tee that reads: “Trap Commandment CDIV (404): Always Stay True To Atlanta.” In addition, fans will be able to take photos at “Hooper’s Grandmother’s Living Room,” a pop-up curated by both the Hawks and the Trap Museum.

Besides being father and son, T.I. and Domani have collaborated on some music together, including recent single, “Family Connect.” Released earlier this year, the track currently sits at over 2 million views on YouTube.

Boosie Badazz is another artist T.I. has collaborated with in recent months. The Baton Rouge native revealed earlier this month that the he and Tip have recorded a joint album together — and it’s really good.

Boosie made the comment during a recent conversation with Fat Joe on Instagram Live. Joey Crack had asked Boosie if the album would surpass Drake and 21 Savage’s recently released Her Loss project, and he wasted no time saying he believed it’s even better after hearing what Drizzy and 21 cooked up.

“I heard Drake and 21 album, it’s hard, but I don’t think it’s harder than our album,” Boosie said as Fat Joe raised his arms in the air in excitement. “Man, it’s Rubberband Man and Badazz. This shit different, wait till you hear it, bro.”