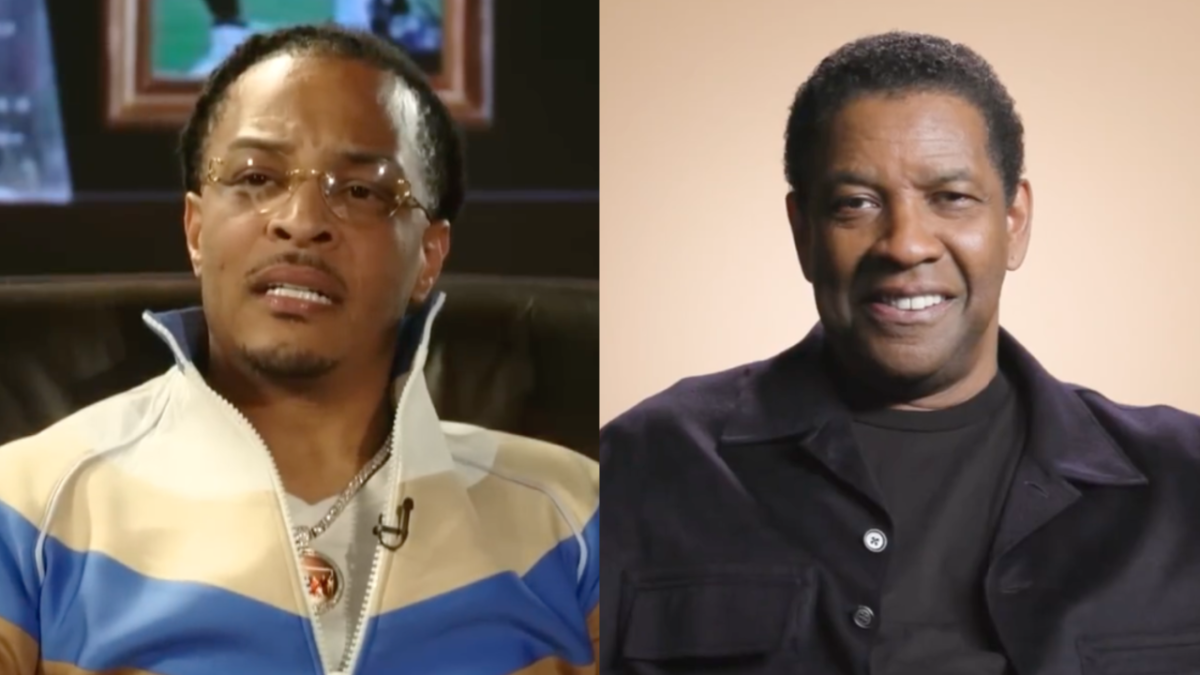 T.I. has recalled the time he received a pep talk from Denzel Washington on the set of American Gangster.

As one of his earliest movie appearances, T.I. was understandably nervous while shooting the movie, but he was able to get some much-needed advice from Washington (who played the notorious Harlem drug lord Frank Lucas) while preparing for a scene together.

During an appearance on Shannon Sharpe’s Club Shay Shay podcast, Tip revealed what the Academy Award-winning actor said to him after he spotted him looking nervous before the scene.

Speaking about American Gangster back in 2007, T.I. likened the movie to an all-star Hip Hop collaboration.

“It’s a phenomenal film,” he told MTV. “It’s one of the most prolific Black gangster pictures ever to hit the screen. Tremendous amount of acting. Everybody’s going hard.

“It’s like when a Hip Hop fan hears a song like [DJ Khaled‘s] ‘We Takin’ Over’ and you hear all your favorites and you hear them at their best.”

“That’s what ‘American Gangster’ is like for film. Cuba Gooding Jr., Common, RZA, Russell Crowe, Idris Elba. Everybody is doing their thing, everybody is going hard.”

As for starring opposite Common, he said: “We had a lot of monologue. They got him fixed up with a beard and gray hair. We were just happy to be able to portray our characters in this story. It wasn’t about him playing my dad or me playing his son, it was about being a part of this movie and going the extra mile.”

T.I. most recently starred in the movies Monster Hunter and Cut Throat City, which both came out in 2020.