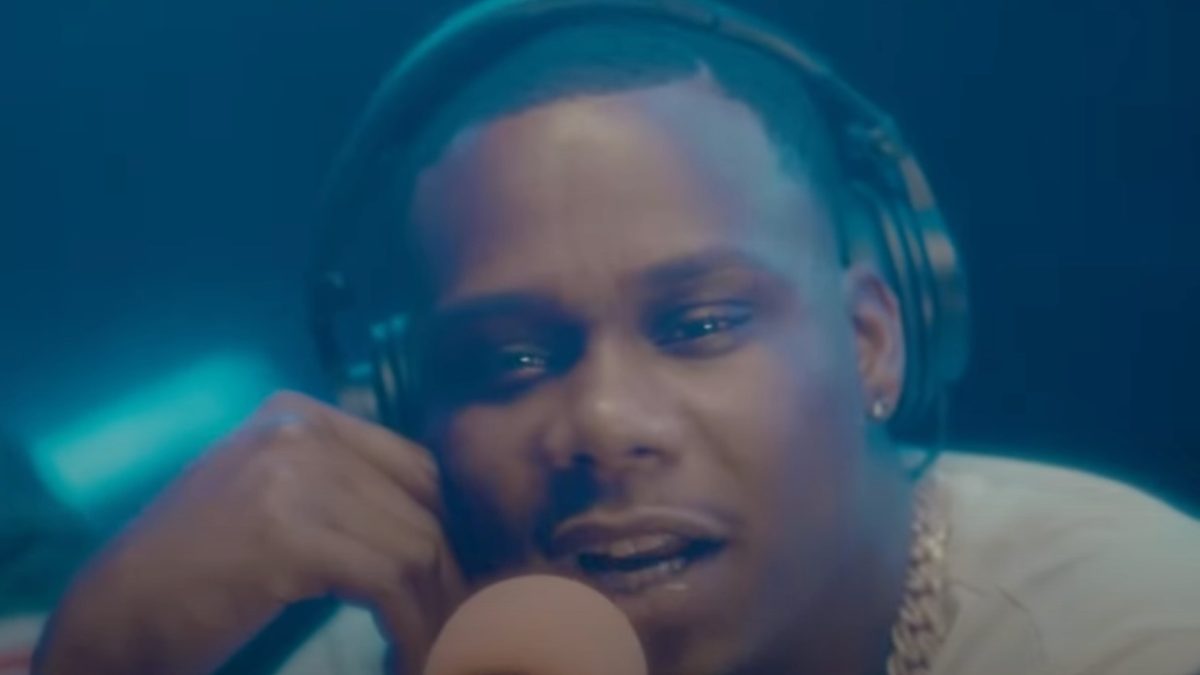 Symba was known to be a talented hooper through high school before trading in his basketball shorts for a microphone and pursuing his rap dreams.

As part of the promotion for his forthcoming single “Welcome 2 My Season,” the Bay Area rhymer spent some time with the Golden State Warriors and joked about how he was practicing with the team ahead of making his debut on the court with them on December 10 against their 2022 NBA Finals opponent the Boston Celtics.

“I’m here to announce the retirement of my rap career and the beginning of my basketball career. I’m officially signed as a Golden State Warrior,” he said at a fake press conference before hitting the court. “You ever seen Like Mike? Welcome to Like Symba.”

Fans can expect “Welcome 2 My Season” to arrive on Friday (December 2) and Symba expects the track to be the official Warriors’ anthem for the rest of the 2022-2023 NBA season. The record features assists from Stunna Man, Oakland’s Mayzin and Fya Man.

Symba is no stranger to rapping about his days as a hooper. On his latest project, Results Take Time, he recalls his days on the court on the songs “Sacrifices” and “Find A Way.”

“I stopped playin’ hoop and I figured out how to rap/ Made a stack, from that point it was never no lookin’ back,” he rhymes on the latter.

Alongside fellow Bay Area rapper Mistah F.A.B., the Atlantic Records signee actually helped kick off the Golden State Warriors NBA season in October when he lent his voice to narrate the team’s opening night highlight video prior to their matchup against the Los Angeles Lakers.

“They said the run was over, that this team was washed, that the dynasty by The Bay had come to an end, I’m not sure what else they’ve been saying.” Symba said before Mistah F.A.B chimed in and added: “I mean it’s awfully hard to hear with all this champagne and confetti. The Larry is back where it belongs. Warriors! Champs once again.”

Meanwhile, Symba recently shared how meeting Nipsey Hussle changed his life for the better, all thanks to some literature.

The Bay Area native spoke about the encounter during a visit to the Frequently Asked Questions podcast. According to Symba, his relationship with Nipsey started after the late rapper caught a whiff of the strong cannabis he was smoking with his friends.

The two later linked up at a studio and did a song together, and after they were done recording, Nipsey let Symba’s cameraman take a copy of The 22 Immutable Laws of Branding by Laura and Al Reis.