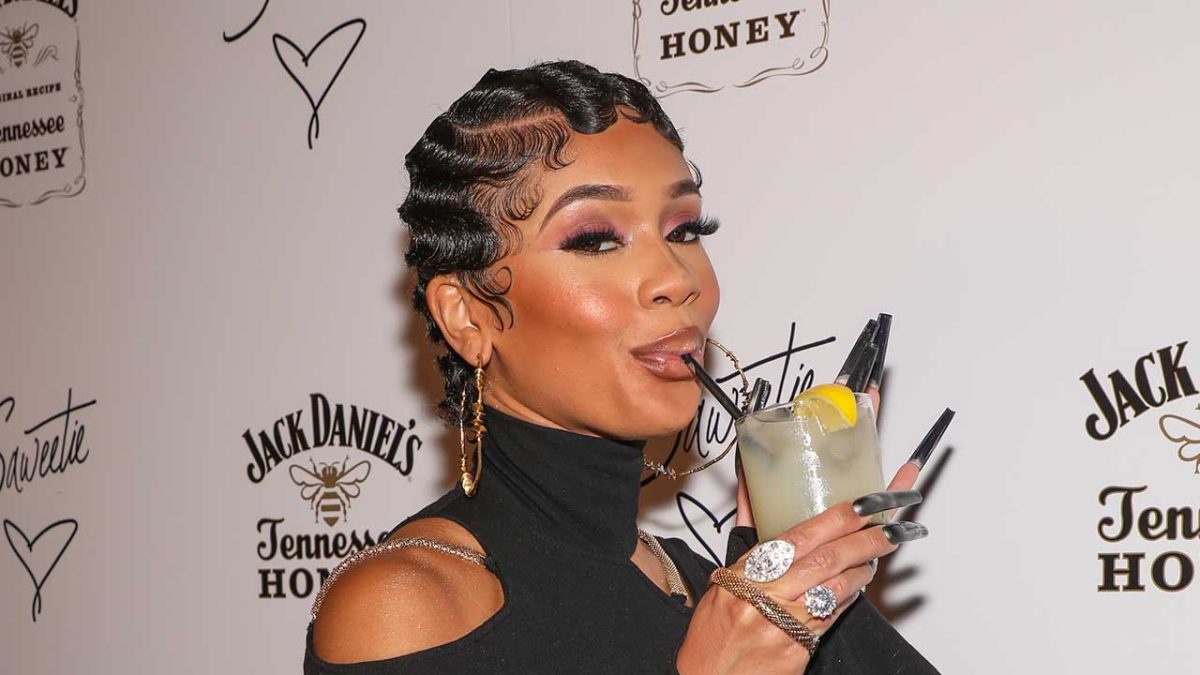 Saweetie has denied allegations that she subliminally dissed Quavo and Lil Baby on “Don’t Say Nothin,” from her recently released The Single Life EP.

The song contained lyrics like, “A hunnid K, please, know how much paper I be touchin’ on? / That’s light, better check my net worth / Post a pic in his sweatshirt, I bet it have my ex hurt / That’s what I get for kissin’ on these frogs / He got mad and told my business to the blogs,” which were perceived as veiled shots at her ex-boyfriend, Quavo, and Lil Baby, who she was romantically linked to last year.

The Bay Area native has heard all the chatter surrounding the track, though, and jumped on Instagram Live earlier this week to set the record straight. Although she didn’t name names, Saweetie dismissed the notion that she was talking about the Atlanta rap stars.

“Ain’t nobody dissing nobody. When I went on Caresha Please, I told y’all, whoever’s on ‘Don’t Say Nothin,’ whoever that messaging was towards, it wasn’t toward nobody,” she clarified.

“Ain’t nobody dissing them boys. So you can kill them rumors and kill that because y’all don’t even know who I’m talking about.”

Saweetie previously shut down the speculation during her aforementioned appearance on Yung Miami’s Caresha Please podcast, where she claimed the blogs had it all wrong. However, she did admit that some of her bars on “Don’t Say Nothin'” were aimed at another unnamed celebrity bachelor.

“I saw some of the blog write-ups and they were all wrong,” she said during the September interview. “Honestly, the people who I wrote that about will never see the light of day. Like, it never even got to that point of publicity.”

Joe Budden blasted Saweetie’s lyrics for what he believed was awful timing in addressing her alleged love triangle with Quavo and Lil Baby, especially in the wake of TakeOff’s recent murder.

During a recent episode of his titular podcast, Budden denounced the song and told Saweetie to “shut the fuck up.”

“Saweetie gotta shut the fuck up. That’s my take,” he said. “I’m not listening to Saweetie until she answers the question that everybody waiting for her to answer: Did you fuck Offset or not? That’s it. It’s bad timing for whatever she was saying in that [song]. It ain’t the time for your freestyle.”

He added: “I honestly didn’t really hear nothing directed to Quavo. I just keep hearing Lil Baby, and I think people keep confusing it with Quavo like they did last time. But either way, it ain’t the time for confusion. It ain’t the time for none of that after they just lost their brother and nephew. Sorry, Saweetie. Push it back. You’ve been quiet. No need to come shake the table now. Did you fuck dude or not?”