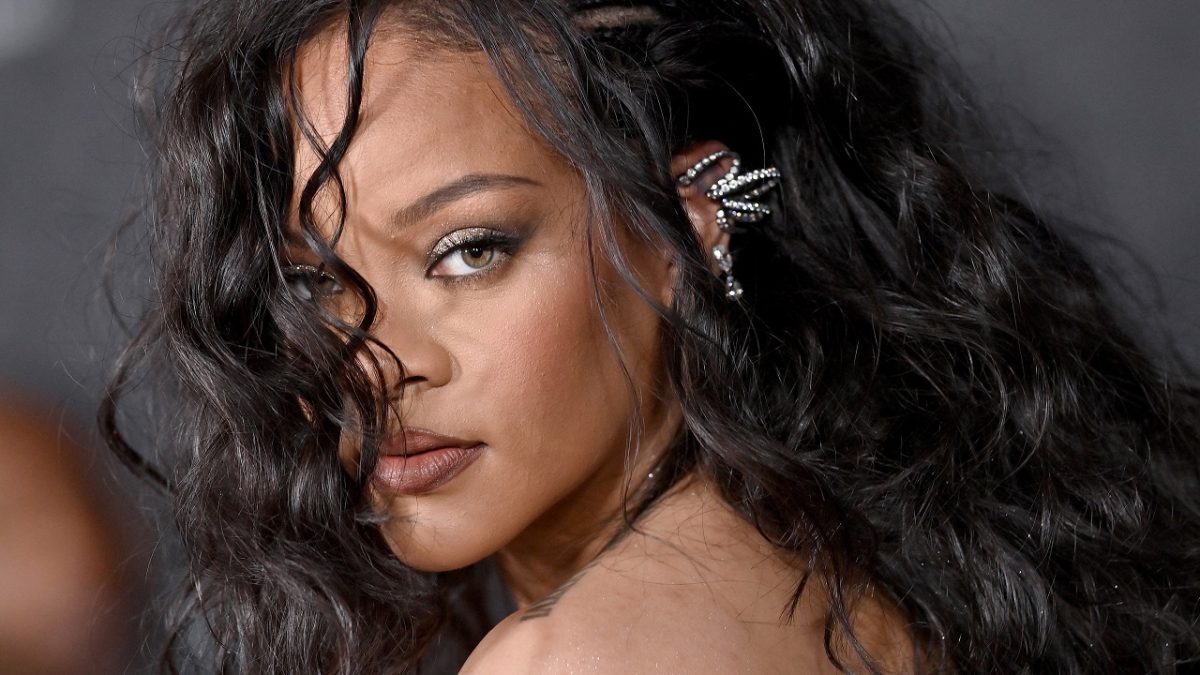 Rihanna has released the official clip for her new single, ‘Lift Me Up,’ offering fans a few new glimpses of the forthcoming movie, Black Panther: Wakanda Forever.

Most of the video finds Rihanna alone on a beach, wearing a white satin dress with a warm shawl draped over her shoulders as she stands by a bonfire. The scenes look to have been shot overnight, as the singer appears both in the dead of night and watching the sunrise at different points in the video.

Being the lead single to the soundtrack Black Panther: Wakanda Forever – Music From and Inspired By, due out November 4, the ‘Lift Me Up’ video showcases a handful of scenes from the movie.

The first few are shots from what fans are speculating is the funeral ceremony for King T’Challa, which were included in the teaser trailer released by Marvel in July. The video also includes a handful of other scenes from that specific trailer, including Lupita N’yongo as Nakia staring at the ocean.

But “Lift Me Up” also offers a few previously unreleased shots from Wakanda Forever, which hits theaters on November 11. Two separate scenes appear to reveal the moment when Queen Ramonda, played by Angela Bassett, and a teary-eyed Okoye (Danai Gurira) first learn of T’Challa’s death, which has been worked into the film as a way to honor Chadwick Boseman as well.

Check out the video for “Lift Me Up” below:

According to an official press release, ‘Lift Me Up’ was written by Rihanna, Tems,  Ryan Coogler and Ludwig Göransson as a tribute to Boseman, who died in 2020 after a private four-year battle with prostate cancer.

In a recent interview, Coogler told HipHopDX that Rihanna was honed in on that intention throughout the process.

“When she recorded ‘Lift Me Up,’ which was incredibly moving for me,” Coogler told DX, “She said ‘I was trying to do this man and his family justice. I was trying to make something worthy of what he gave to us.’ So I take no credit in that. We was all just playing a role.”

The director also said that just as the circumstances of his life and career made Kendrick Lamar the right artist to create a theme song for the first Black Panther film, Rihanna’s recent journey into motherhood made her the perfect choice to do the same for the sequel with “Lift Me Up.”

“It felt right for us because motherhood is a massive theme in this movie,” Coogler said. “And that was kind of timing up for her. In a similar way, when we were finishing the first film, Kendrick was kind of inheriting this crown. What was the chances of us making this movie and Rihanna becoming a mom?”

Ahead of the film’s Hollywood premiere on Wednesday (October 26), Lupita N’yongo echoed Coogler’s excitement about having Rihanna on board.

“I have no idea how it happened,” she told Entertainment Tonight. “But I’m glad it happened. And I look forward to hearing what she has gifted this story.”

Rihanna is rumored to make at least one more appearance on the Wakanda Forever soundtrack, a rumor which Coogler seemingly confirmed to DX, saying: “I can’t wait for you to hear the soundtrack and other things that we did.”