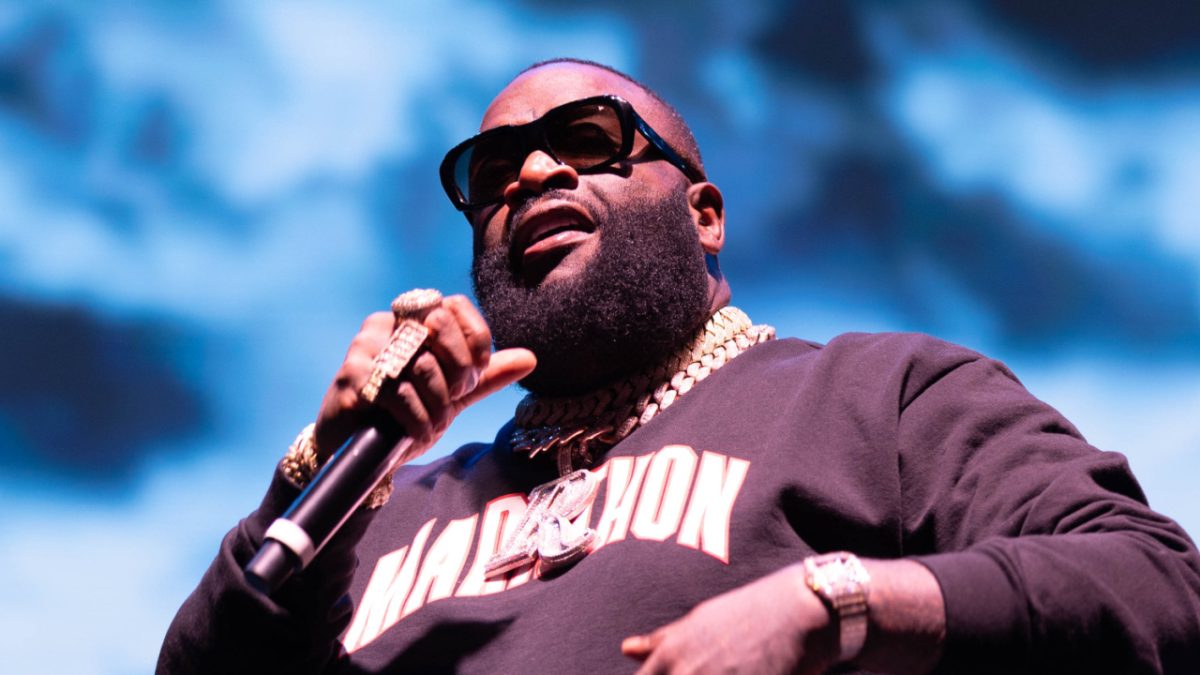 Rick Ross crossed over into the professional wrestling world with an appearance on AEW Dynamite earlier this week.

On Wednesday night (November 2), the wrestling franchise held its weekly Dynamite event in Boston, Massachusetts, and the Biggest Bawse participated in a backstage segment alongside announcer Tony Schiavone and wrestlers Swerve Strickland and Keith Lee.

Schiavone began the segment by introducing Ross as a multi-platinum recording artist, which led the rapper to cut him off and asked to be addressed by another term.

“Wait, wait. The Biggest Bawse… Rick Ross,” he said before yelling into the camera.

Rozay then began defending Strickland from Schiavone asking questions about a situation that occurred last week. Ross demanded the conversation stay “positive” before he explained why he was there in the first place.

Keith Lee then entered the segment to confront Strickland over his actions in recent weeks. As Lee listed off Strickland’s violations, Rick Ross cut him off, yelling: “Accusations, false accusations!”

The segment ended with everyone toasting to the eight-man tag team match Strickland set up for next week’s episode. On top of dropping a promo for AEW, Rick Ross also sat ringside to catch the action and hung out backstage with wrestlers such as Athena.

.@AEW @AEWonTV
When I first started wrestling, I used to some come out to "Hustlin" !!! I am soo extremely happy I got the photo with the big boss .@RickRoss !!!#AEW #FallenGoddess #TheAlpha#accusations pic.twitter.com/BL31uJbWFt

Rick Ross isn’t the first rapper to make an appearance on AEW. Wrestling fanatic Westside Gunn performed “Dr. Birds” in September to introduce AEW wrestler Daniel Garcia, who was billed to go against Wheeler Yuta for the Ring Of Honor Pure championship.

Kevin Gates got in on the action when he knocked Tony Nese out cold during an AEW Dynamite segment in July. However, the best AEW Hip Hop cameo may go to Snoop Dogg, who went one better by actually getting in the ring.

The Doggfather performed a frog splash on wrestler Serpentico during an episode of Dynamite in January 2021. He even went as far as pinning the wrestler to get an unofficial win.