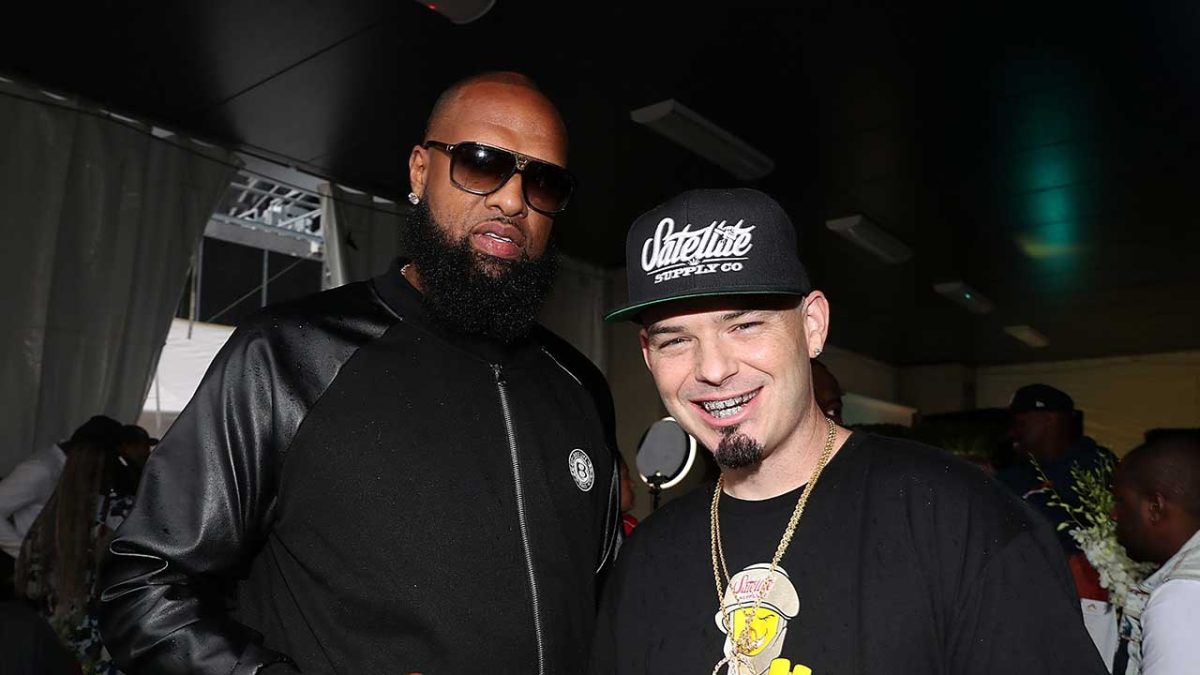 Paul Wall pulled up to Checkers in Houston this week to support his good friend Slim Thug and try his exclusive new custom meal with the fast-food chain.

The Big Slim Meal is available at every Houston location and comes with a Texas-sized burger, famously seasoned french fries and a 44-ounce drink in a Big Slim Collector cup — a nod to some the lyrics on the Mike Jones classic “Still Tippin'” featuring both Paul Wall and Slim Thug.

“IT’S AN H-TOWN TAKEOVER! We sippin’ on 44s this holiday season,” Paul Wall captioned his Instagram clip on Tuesday (December 6) tracking his drive-thru experience as he surprised Thug at the food pick-up window.

Wall nearly scratched up his red sedan’s extended Swanger rims as he rolled through the tight drive-thru area — take a look below.

A post shared by Paul Wall The Po Up Poet (@paulwallbaby)

“We sippin on 44’s. I’ve been working with Checkers for a while and I really like it,” Slim Thug told Fox29 last week. “I think a lot of people in Texas don’t really know about it. It’s new to the city but in the Florida or Atlanta’s they big on Checkers.

“I always been a fan of The Big Buford it’s like the Boss Burger over there. I always been a fan and they just put bacon on it. I think we fighting with ultimate cheeseburger-type vibes. If you taste them fries you gon’ be pulling back up.”

Don’t be surprised to see the 42-year-old working the drive-thru at one of the Checkers locations in H-Town more often. Earlier this year, Slim Thug was promoted to manager and celebrated the move by handling the headset at the Northside drive-thru and providing a discounted menu, taste tests for new items like the delicious chicken tenders and even gave out a few free meals to lucky customers.

Slim Thug isn’t the only rapper to partner with a fast-food chain this year. Back in January, Fat Joe partnered with White Castle to debut a new line of burgers and fries.

The “Spicy Joe Sliders,” “Sloppy Joe Sliders,” “Smokey Joe Sliders” and “Sloppy Fries” were all part of the Bronx rapper’s “Joenuary” roll-out for the White Castle brand. The self-titled month celebrated “all things Joe,” and throughout the month included memes, trivia and what the company called “joetry” and “joekes” (poetry and jokes).

Fat Joe said in a statement that working with White Castle was a nostalgic trip down memory lane.

“White Castle was a big part of my childhood,” he said in a statement at the time. “I always enjoyed eating their Sliders with my friends and family, so it’s a full-circle moment to partner with them all these years later in an unprecedented way. I’m excited to introduce new additions to the menu and share some other surprises so we can start the new year off right.”