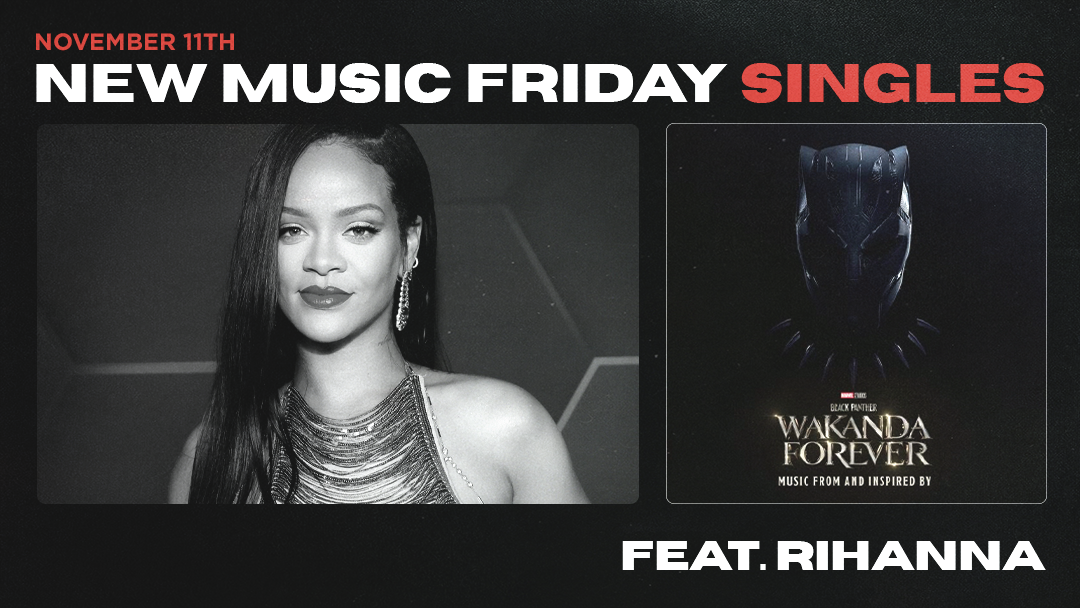 It’s tough to imagine that a time would come in 2022 when fans get not just one, but two brand new singles from legendary R&B songstress Rihanna. Nevertheless, this November it finally happened as the ANTI artist drops a second song for the Black Panther: Wakanda Forever soundtrack.

There’s plenty more this week than just RiRi, though, so stay tuned for new singles from New York crooner Lil Tjay, Cochise with “We Do Not Relate” and fresh tracks from Rod Wave, Tom The Mail Man, French Montana and so many more.

Keep reading for the full list below, and let us know in the comments what is getting first spin.

The Black Panther film franchise knows how to curate an excellent soundtrack. For the original movie Kendrick Lamar was recruited to curate an ensemble, and now they’ve brought in the Queen of Pop and R&B herself for a few special tracks.

Her second release in the last month, Rihanna is back again with “Born Again.”

Lil Tjay – “Give You What You Want”

Many have tried to grasp at the crown of King of New York, but few have the claim of Bronx rapper Lil Tjay. Though he may not immediately come to mind as worthy of such a lofty title, you’ll be hard pressed to find an artist from the Five Boroughs as consistently successful in 2022 as the melodic MC.

His latest single, “Give You What You Want,” is a welcome reminder of his prowess from NYC to far beyond.

Speaking of artists whose blood runs blue with the royalty of NYC, Fivio Foreign is back with partner Rvssian for their latest drop, “1 On 3.”

Fivio, who stepped in to fill the shoes of the late Pop Smoke ON THIS SONG OR IN GENERAL? FEELS WEIRD TO SAY., has been on a tear of late, still living high from the release of his Kanye West-executive produced B.I.B.L.E. and his contributions to Ye’s DONDA.

Rod Wave may be a rapper, but his heart is set firmly in the cool tones of the Blues. His big, booming voice cuts through production like a sharp knife. His lyrics are distinct but relatable to anyone’s feelings of pain, heartache or hope.

“Break My Heart,” Wave’s latest single which arrives a week ahead of forthcoming album Jupiters Diary : 7 Day Theory, is as emotionally impactful as ever.

Tom The Mail Man is a rare breed of artist; one who is capable of swerving through many genres without stuttering.

French Montana – “Yes I Do”

Be sure to stream Stormzy’s “Firebabe” and “Band of Brothers” by 38 Spesh, Benny The Butcher, Ransom and Harry Fraud, this week’s Honorable Mentions.