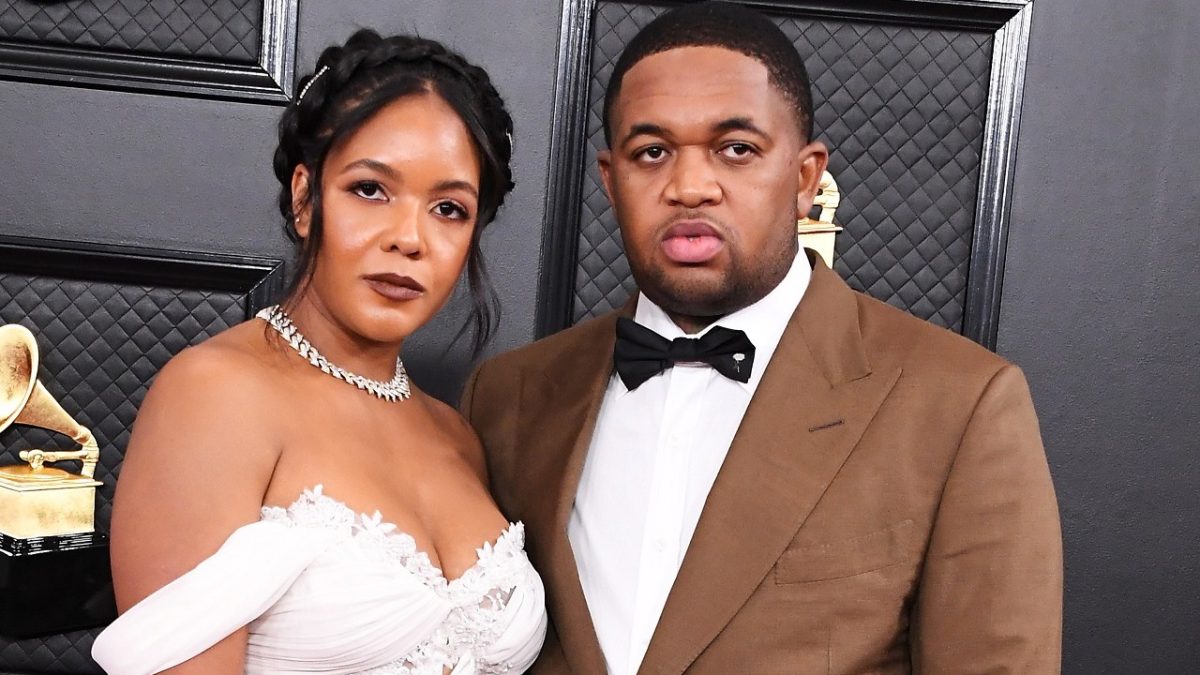 Mustard‘s ex-wife Chanel Thierry has taken to social media to call the multi-platinum producer out for failing to uphold his obligations to their children.

The accusations come six months after Mustard (real name Dijon McFarlane) filed for divorce citing irreconcilable differences. At the time, court documents revealed that he and Chanel Thierry had signed a prenuptial agreement ahead of their 2020 wedding.

On Friday (November 18), Thierry aired some of her grievances with her ex on her Insta Stories. “These men be so bitter after they leave. How u mad at me for stepping after you left me,” she wrote. “Not paying me child support or alimony to purposefully spite me. After I already signed a prenup. Talk about want me to leave with notninggggg sheesh it’s giving bitter af.

She added: “At least share the family car, forcing me to drive me Lambo with 3 kids is wild. Won’t keep quiet for your comfort honey. You know me!”

In a follow-up Story, Thierry wrote: “IDC HOW MUCH MONEY A N-GGA GOT. I WON’T STAY WHERE THE HELL I’M NOT WANTED. MY LEGS MOVE FOR THE BAG, NOT A N-GGA. PERIOD.”

After the post was captured and reshared by The Shade Room, commenters suggested that Chanel Thierry could address the transportation issue by trading her car in for something more suitable to her needs. To which she responded that the car she remains with is in Mustard’s name, making it impossible for her to sell or trade it without his involvement.

Mustard and Chanel Thierry were together for a total of 12 years, during which they welcomed three children: Kiylan (10), Kauner (7), and Kody (2). When he filed for divorce, Mustard requested joint legal and physical custody of the children.

While the McFarlane kids are much more prominently featured on their mother’s social media accounts, Mustard has also been known to share glimpses of his life as a father. Most recently, he posted a photo set of his adventures with daughter Kauner at the BET Awards.

According to HotNewHipHop, this is not the first time Chanel Thierry has expressed frustration about her current relationship with her ex. Earlier this month, she made another, more cryptic social post believed to have been aimed at Mustard.

“I keep private for the most part for others comfort,” Chanel wrote. “But u get no cool points for fucking over your day 1. I’m solid and loyal as they come [purple heart emoji] I bring more then money to the table and will always add to the table I sit and eat from – management.”

Mustard has not responded to his ex-wife’s recent allegations and has generally kept quite about the split, outside of one instance shortly after filing for divorce, in which he issued a statement to address rumors that the marriage ended due to infidelity.

“It’s one thing to have my family business on the internet and of course I initially didn’t respond cause I don’t owe the public no explanation,” Mustard wrote in a since deleted IG post. “But I do owe my family to clear these false narrative that [Chanel] cheated that’s out and that never happened ! Also the I fake dealt with my stylist come on now we all know that’s a joke i’d never touch that girl ever.

“At this time man we just trying to deal with our family matters privately,” he continued. “We’ve shared 12 years together so I’m sure y’all can respect this ain’t a easy issue we just ask for privacy im human with kids old enough to read if y’all can’t respect us at least respect that.”