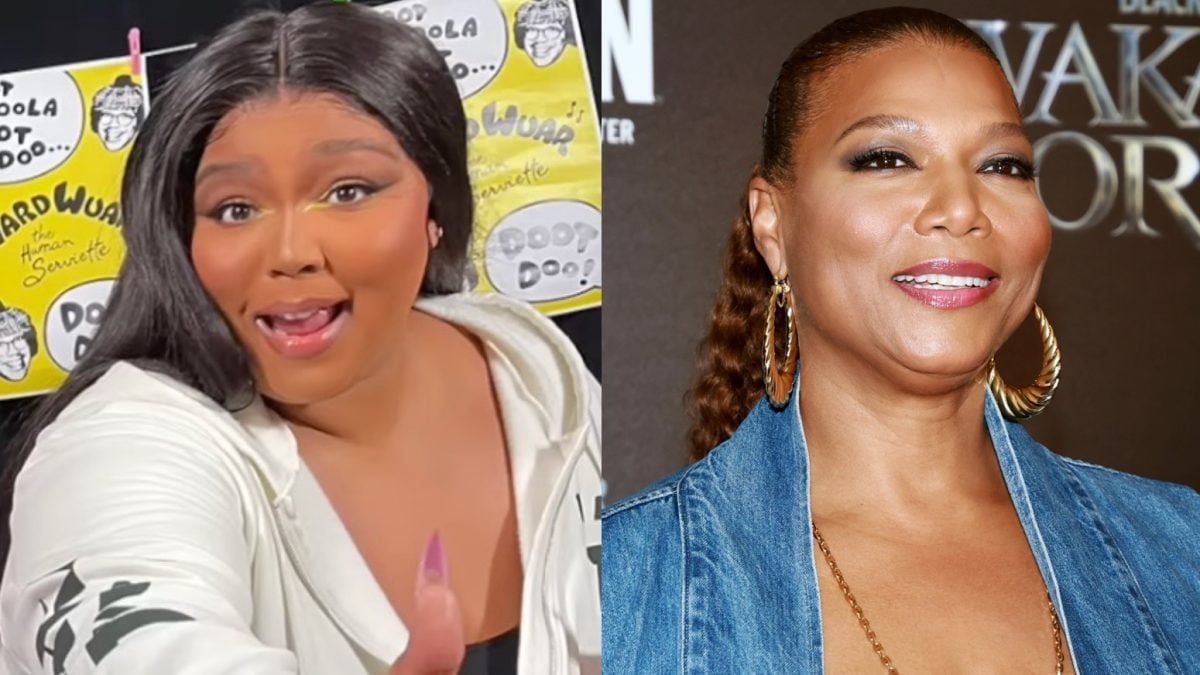 Lizzo has revealed how Queen Latifah became a major inspiration and influence on her music career during her childhood years.

Speaking to eclectic Canadian-based music media personality Nardwaur, the “About Damn Time” singer talked briefly about how important representation is to her and her journey as an artist.

During the chat, Lizzo explained how Latifah was one of the first female artists she saw as a child that empowered her to love herself due to how fearlessly she conquered multiple industries from film to television as a full-figured woman.

Around the nine-minute mark of the interview, Lizzo explained how she felt when she first identified someone who “looked like” her in mainstream media when Nadwaur gifted her a 12′ vinyl of Queen Latifah’s 1990 record “Come Into My House,” in addition to a cassette tape of her 1991 album Nature of a Sista’.

“Queen Latifah is like the first person that I saw in media that looked like me — I mean literally to the point people where people were like, ‘You look like Queen Latifah,’ when I was a kid,” Lizzo said. “It was very important to see someone like her be a mogul, rapper, singer, actress, TV host, clothing line, all of it. Look how beautiful she is.”

In 1995, Queen Latifah won the Grammy for Best Rap Solo Performance for her track “Go Head,” and has delivered seven studio albums to date, in addition to staring in several films such as the 1996 classic Set It Off and 2003 comedy Bringing Down The House with Steve Martin.

Lizzo went on to discuss her love for Southern rap music from the early 2000s by detailing her love for music from groups such as Atlanta collective Crime Mob and snap music innovators D4L, who she believes created dance trends in rap music before today’s TikTok challenge era with their hit record “Laffy Taffy.”

On the heels of Lil Baby’s acclaimed Amazon documentary Untrapped: The Story of Lil Baby, Lizzo is preparing to tell her own come-up story via the release of her own HBO Max special Love, Lizzo.

On November 10, the official trailer for the documentary was released featuring exclusive footage from the Detroit native’s sold-out live show, The Special Tour with Latto, coupled with commentary from the Lizzo herself as she details the hard work she put in to break the glass ceiling in the music industry as a plus-sized instrumentalist and rapper.

“Nobody was trying to sign a fat, Black girl that rapped and sang and played the flute,” she said in the trailer. “It took so much hard work to get to where I am today, but I found my voice. Now, when people see me on stage, they see themselves.”