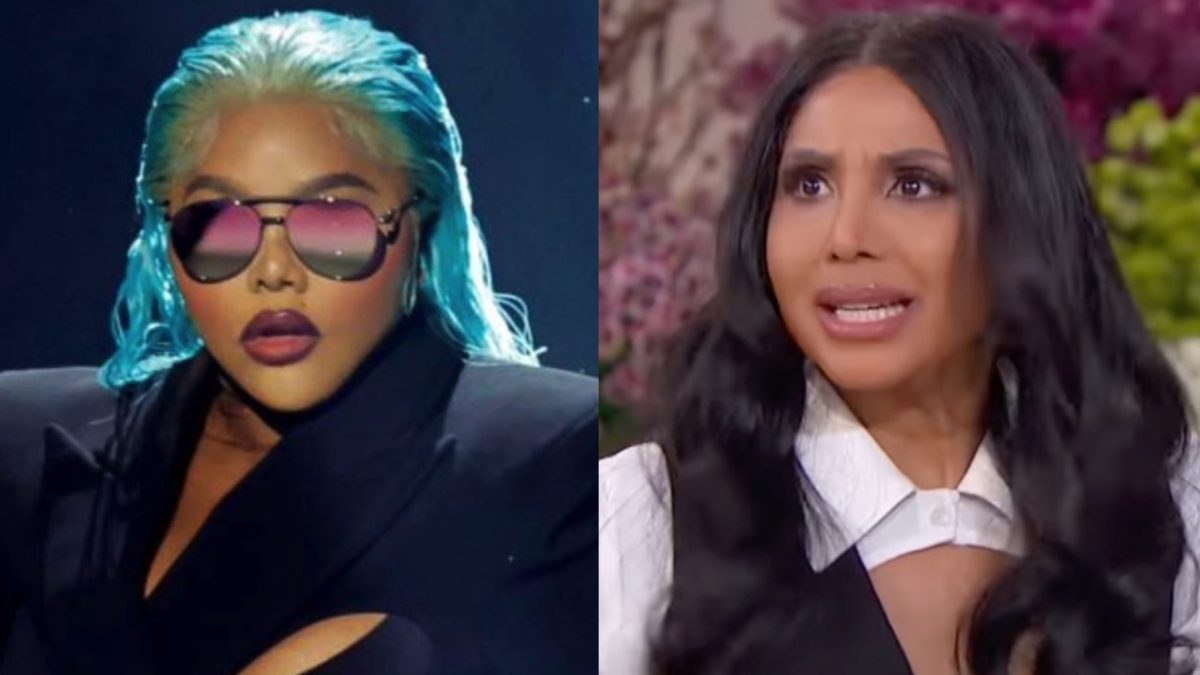 Lil Kim has apparently made a very unique request for Toni Braxton to perform a non-traditional song at her future wedding.

Though no nuptials are currently on the calendar, the Queen Bee has had a Braxton performance in mind for some time. The singer was a guest on The Jennifer Hudson Show on Wednesday (November 23), where she revealed that Kim had requested “You Mean the World to Me” for her special day – despite the fact it’s a song about a lying lover.

When Kim responded with “You Mean the World to Me,” Toni went on to explain how the opening of the track starts off completely on the wrong foot for a wedding. “If you could give me one good reason/ Why I should believe you/ Even all the things that you tell me/ I would sure like to believe you.”

But Lil Kim wasn’t tripping. She hilariously responded with: “Girl, can’t nobody understand what you say, just sing the song.” There’s no word on whether Toni will actually do it, though.

Check out Braxton’s sit-down with Hudson below:

Kim has been dating rapper Mr. Papers on and off for the last decade, and the pair welcomed daughter Royal Reign in 2014.

When Kim’s longtime adversary 50 Cent ragged on Kim’s appearance once again late last year, Papers came to his then-girlfriend’s defense, which led to a petty back and forth between him and the G-Unit mogul.

While 50 never issued an apology to Kim despite his unwarranted attacks on her, he had an apology for Madonna during a similar tiff weeks later – something that didn’t sit right with Royce Da 5’9″.

“My brother 50 Cent, who is one of our kings, if I’m a young person coming from another genre or come from another walk of life, and I’m following the way things are right now, I would think Madonna is worthy of an apology, but Lil Kim is not?” Royce said in an Instagram post. “That ain’t the message we want to send, is it? Nah, that’s not the message we want to send.”

Fif still has yet to issue an apology.

Meanwhile, Lil Kim has become the new face of Mackage, starring in the company’s latest campaign and a first for the luxury outerwear brand.

In new photos released in October, which Kim said was built around the history of her style, the iconic Brooklynite debuted Mackage’s very first monogram — a zipper-front monogram knit bodysuit. Other shots in the black and white campaign feature Kim modeling one of the company’s signature puffer jackets.