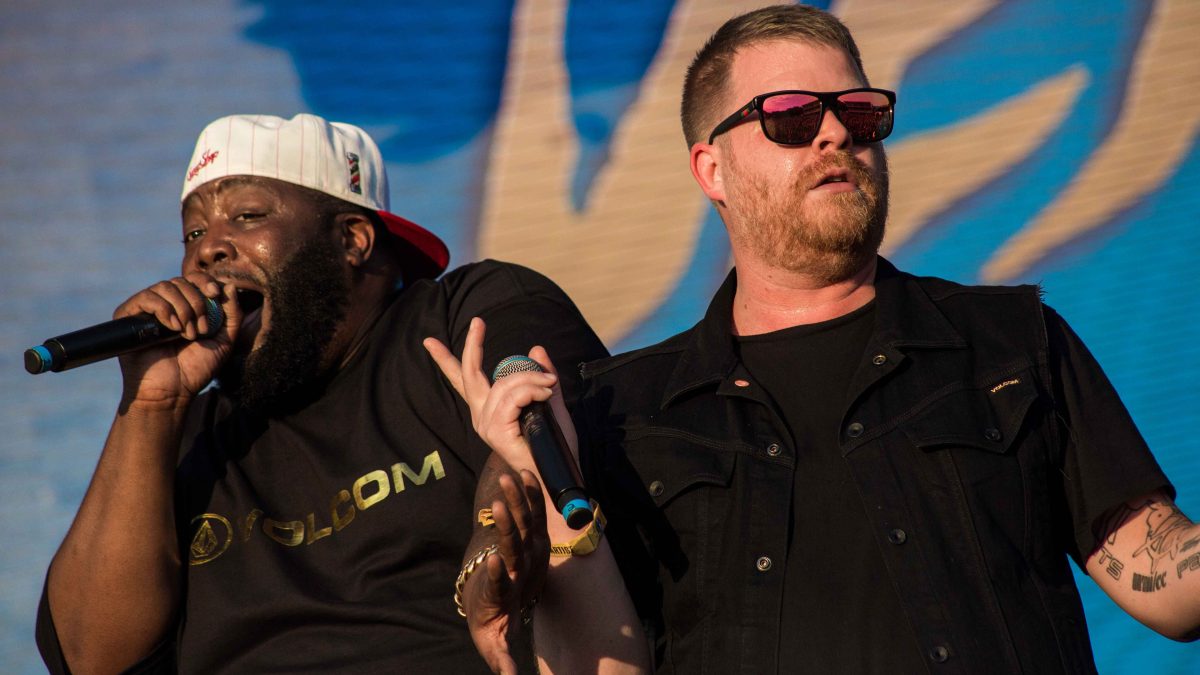 Killer Mike and El-P have stepped up their kick game, giving fans a sneak peek at their latest collaboration with Nike.

The Run The Jewels duo took to social media on Saturday (November 19) to share a glimpse of their Nike SB Dunk High sneakers which are set to hit stores on April 20, 2023 — which not only marks the annual counterculture holiday that celebrates cannabis, it’s also the same day as Mike’s 48th birthday.

“The rumors were true,” the duo tweeted alongside a photograph of them rocking the pink and black kicks — one with pink laces; the other with yellow — while throwing up the RTJ gun and fist hand signs.

In another post, Killer Mike shared a close-up of the new sneakers, with the left shoe featuring a gold replica of the RTJ fist; the right brandishing a gold RTJ gun hand sign. “Dropping on my Born Day #420 The @runjewels X @nikesb Collab! S/O #JewelRunners Wit’e! Wait till we tell the story of how it all came to be!” he captioned the pic.

Dropping on my Born Day #420 The @runjewels X @nikesb Collab!

S/O #JewelRunners Wit'e! Wait till we tell the story of how it all came to be! pic.twitter.com/y8Nv8cuCI5

UPDATE [11/21]: El-P has shared another look at Run The Jewels’ Nike collaboration: this one a Nike SB Dunk Low model in blue and pink. “fuck it they leaked so hey here’s one of the leaked photos (hand not mine) 4.20.23,” he wrote on Instagram.

Killer Mike is gearing up to release his first solo album in a decade, which he previewed in July with new single “Run” featuring Dave Chappelle and Young Thug. Released on Independence Day, the Dungeon Family rapper spoke to HipHopDX about why he chose to do so.

“The Fourth of July celebrates the founding of this Republic and the rejection of British tyranny through taxation,” he explained. “And the first person to die in the name of this great Republic was a man named Crispus Attucks, who was a son of an African father and a native mother, which by the one drop rule makes him a Black man.

As for El-P, the former Company Flow rapper and producer reissued his solo albums, Fantastic Damage (2002), I’ll Sleep When You’re Dead (2007), and Cancer for Cure (2012) earlier this year as a thank you to his fans.