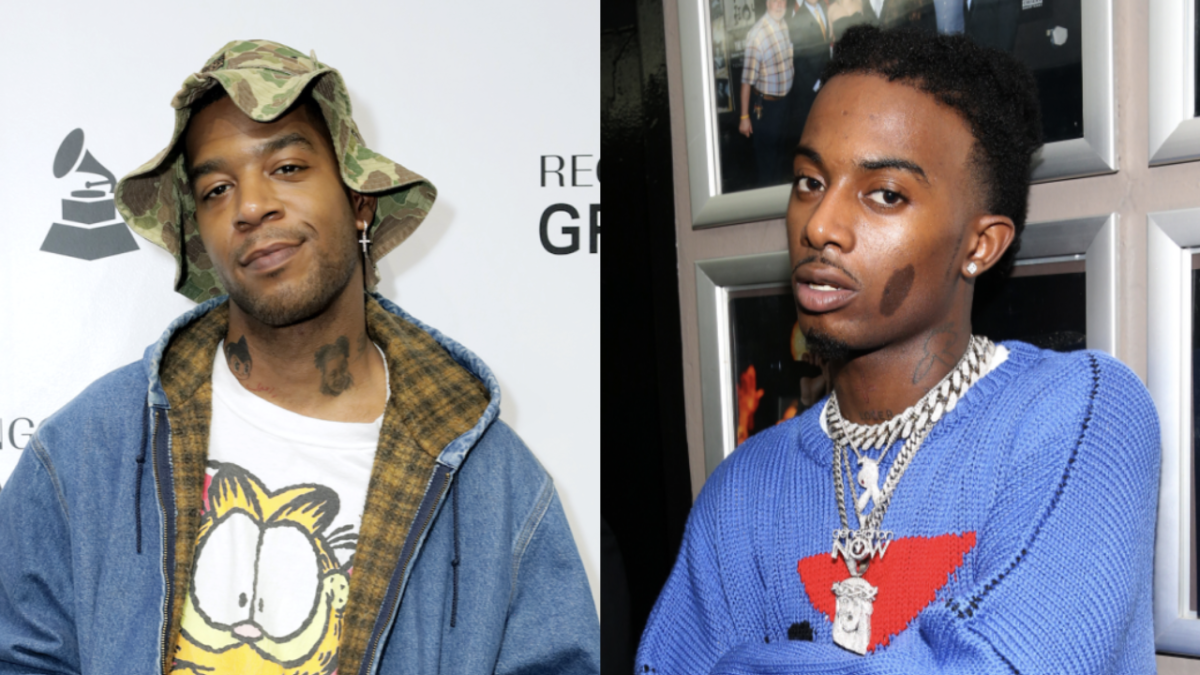 Kid Cudi seems to have a new collaboration with Playboi Carti on the way, as he teased the new record during a recent stop on his To The Moon world tour.

The concert footage circulating online shows Cudder performing in front of a packed venue in Paris, France. As he cued the song, the crowd erupted after hearing the new record samples Cudi’s classic track from 2009 called “Solo Dolo (Nightmare).”

Fans can hear Carti open the song as Cudi tells the soundman to “Turn that shit up” causing those in attendance to cheer and start moshing. The Cleveland, Ohio native kept the rage going by dancing even more once his verse crept up on the track after Carti.

There’s no word on where the song will be featured or even if there’s a release date. But according to reports on social media, the song is titled “Solo Dolo, Pt. IV” and by the looks of the crowd reaction and Cudi dancing, the collaboration could be another hit between the duo.

It’s no secret that Playboi Carti is a huge fan of Kid Cudi. He’s pledged his allegiance to the Moonman several times and even spoke about his significant contributions — along with Kanye West — to his album during a conversation with Cudi for Interview Magazine in 2021.

According to Carti, Ye opened the line of communication for him to get work done with Kid Cudi.

“Kanye is the OG,” Carti said. “He opened my eyes to some shit. When I got around him, I realized why I love him so much. You get what I’m saying? When I get around you, I realize why I love you so much.”

Carti added: “I even appreciate Ye for introducing me and you. Being able to talk to somebody who understands what I’m saying, I got that from his whole camp. I felt that energy from everybody he deals with. I didn’t feel like a loner. The world I’m trying to build, he already got it going on. Ye is on this king vamp shit. Cudi is on this king vamp shit. Y’all already on that.”