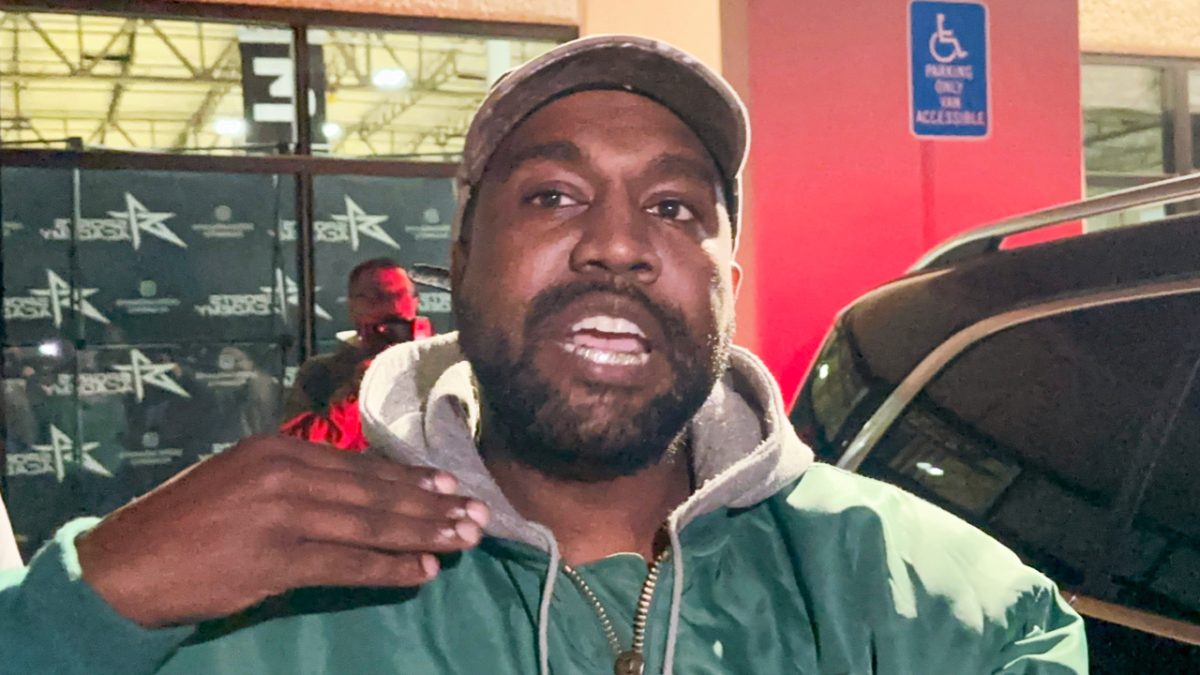 Kanye West has revealed that his negative experiences with paparazzi are why he started taking medication.

The Chicago rap mogul, who has laid relatively low in recent weeks after being a lightning rod for controversy last year, made the revelation during an eventful encounter with a cameraman on Tuesday (January 24).

Ye was leaving a tanning salon in Los Angeles with his new wife, Yeezy architect Bianca Censori, when a paparazzo began filming them. After spotting him, West walked over to the pap and told him to stop recording because he finds it “antagonistic.”

The cameraman pleaded with Kanye by telling him he “just need[s] this one shot,” to which Ye replied: “No, you got the shot, but I’m saying…You don’t even know! You just jump up on people like this.”

Kanye then let his guard down somewhat and opened up to the cameraman about his long-running issues with paparazzi, admitting they’re what led to him being prescribed medication.

“Do you know the first time I ever took medication, why it was? Because I got mad at paparazzi,” he explained. “You know which paparazzi it was? The same one that shot Britney [Spears]. My dad did photography for newspapers. It has to be some kind of balance, some kind of conversation.”

He added: “I can’t live in California in my life like I’m some type of caged animal to be judged in front of glass.”

After asking the cameraman who he works for, to which he replied by saying he’s “independent” but provides content to “the media,” Kanye called for celebrities to be compensated for the images paparazzi take of them.

“The media doesn’t have a right to like, boom, pop up. We ain’t have no idea. And then I have no say-so over the shot,” he said. “Y’all find where we’re at, y’all take this photo — what percentage of the money do we get off of the photos?

“None of them. For years and years…I need to find out all the information on how it actually works so if I just want to go and drive around and not have to worry about paparazzi, I do it.”

Yeezy also touched on his past stints in anger management, saying: “At this point, I’ve served too many years in the game, I’ve been to anger management — I’m not in that life no more…But when you get all the images and stuff, it’s like… it doesn’t work for me.”

He added: “It’s not right, and just because it’s been like that for a long time, don’t mean that it’s gonna be like that.”

The conversation became even more tense when the cameraman admitted that while the ethics behind his line of work are open to debate, “in the state of California, it is right.”

“Nah, it ain’t in the state of California,” Kanye snapped. “You were like, ‘I stopped,’ but you already took the photo.”

Kanye West Demands Profit From 'Vulture-Like' Paparazzi: 'I'm Gonna Make Sure We Get Our Rights'

Ye then moved closer to the cameraman while threatening to snatch his camera. “My image ain’t up to y’all no more. If I take your camera, is it up to me then? You wanna erase the photos?” he asked.

“No, I need them,” the pap replied, to which Kanye responded by asking him if he owns the rights to the pictures. “Actually, I do have the right to the photos,” he answered.

Stepping even closer to the cameraman, Kanye said: “So what happens if I take your camera right now?”

“I would not like that. Please don’t do this. I walk away, and we’re all good,” the pap replied uncomfortably as he began to retreat.

“Oh, but would I like it? Do I like that y’all doing that to me all the time?” Ye barked while walking back to his car. “Let all the paparazzi know, it’s up!”

As one of the most recognizable faces on the planet, Kanye West has had a long and contentious history with paparazzi. Perhaps his most famous brush came in 2013 when he got into a scuffle with a cameraman outside Los Angeles International Airport.

Footage of the altercation showed Ye wrestling with the photographer, Daniel Ramos, as he tried to take his camera out of his hands. The rapper had asked Ramos to leave him alone, but his request was ignored.

The G.O.O.D. Music founder was charged with a misdemeanour count of battery and was sentenced to two years’ probation, along with anger management and community service, after entering a no contest plea.

Ramos also sued Kanye for assault, battery, negligence and interference with his civil rights, claiming he injured his right hip in the melee. The suit was settled shortly before it was due to go to trial.