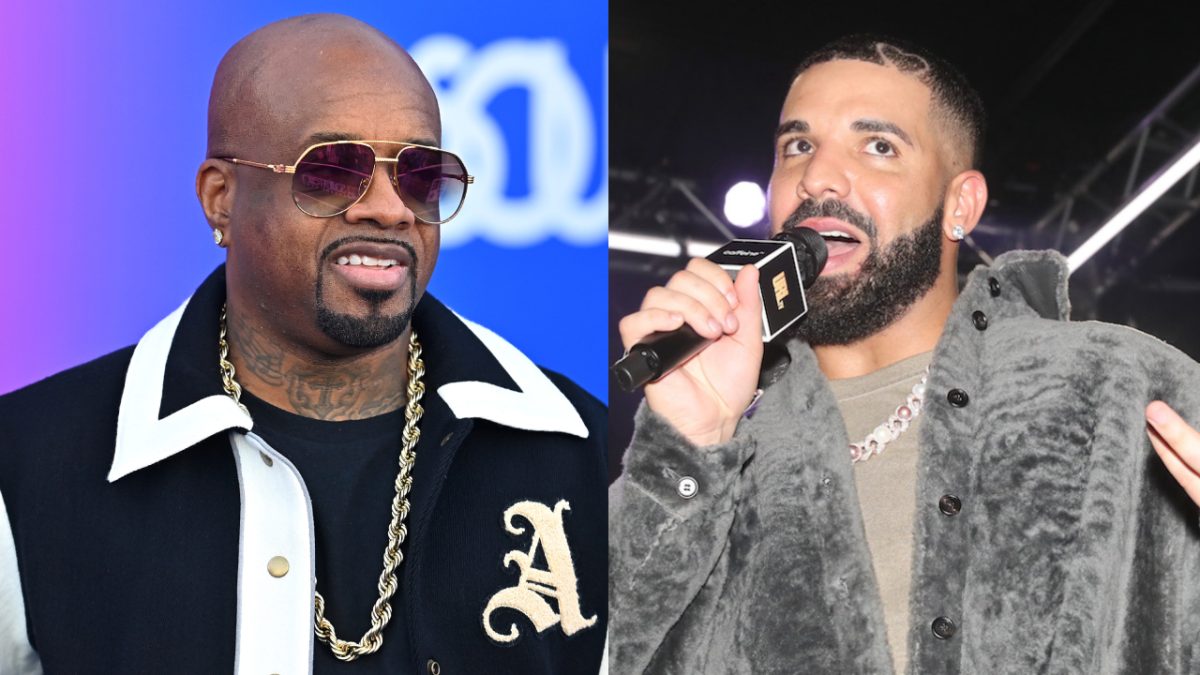 Jermaine Dupri Wants To Produce An R&B Album For Drake

Jermaine Dupri has worked with a lot of big-name artists over the years, but Drake has somehow never been one of them.

The legendary producer stopped to talk with HipHopDX on the 2022 Soul Train Awards red carpet on Sunday (November 13), and said he would give anything to produce an R&B record for Drizzy.

“Drake makes R&B records and I feel like at some point he should make a real R&B song,” Dupri said, to which DX’s Jeremy Hecht said he should produce the 6 God’s debut R&B record.

.@jermainedupri wants @Drake to let him produce his R&B album 👀

While Drake has been enjoying all the spoils and controversy of his latest Billboard chart-topping album Her Loss with 21 Savage, Jermaine Dupri has been aggressively throwing his support behind DVSN’s new single “If I Get Caught,” and compared the track’s hype to that of UTFO’s ‘Roxanne, Roxanne’ due to the number of response records it’s spawned.

“Yo, this song, this shit right here, it’s doing some shit yo,” Jermaine Dupri said on Instagram while standing in front of the single’s cover art. “I ain’t even gonna hold you. I expected the back and forth conversation but females making responses and they’re shooting videos man this shit’s crazy and this an R&B record.”

He then went on to compare “If I Get Caught” to the Roxanne Wars of the 1980s. “I ain’t seen no shit like this for a record period since I was a kid and UTFO and ‘Roxanne, Roxanne.’ This shit is crazy man. Man, n-ggas talking about they make anthems. This is an R&B motherfucking anthem.”

Dupri had previously clapped back at haters of “If I Get Caught,” calling them “musically blind.”

While Her Loss is far from an R&B record, Drake and 21 Savage’s album debuted at No. 1 on the Billboard 200 this week and did colossal numbers. According to HITS Daily Double, Her Loss moved 411,000 equivalent units in its opening week, and reportedly produced one of the biggest streaming weeks ever generating around 500 million.