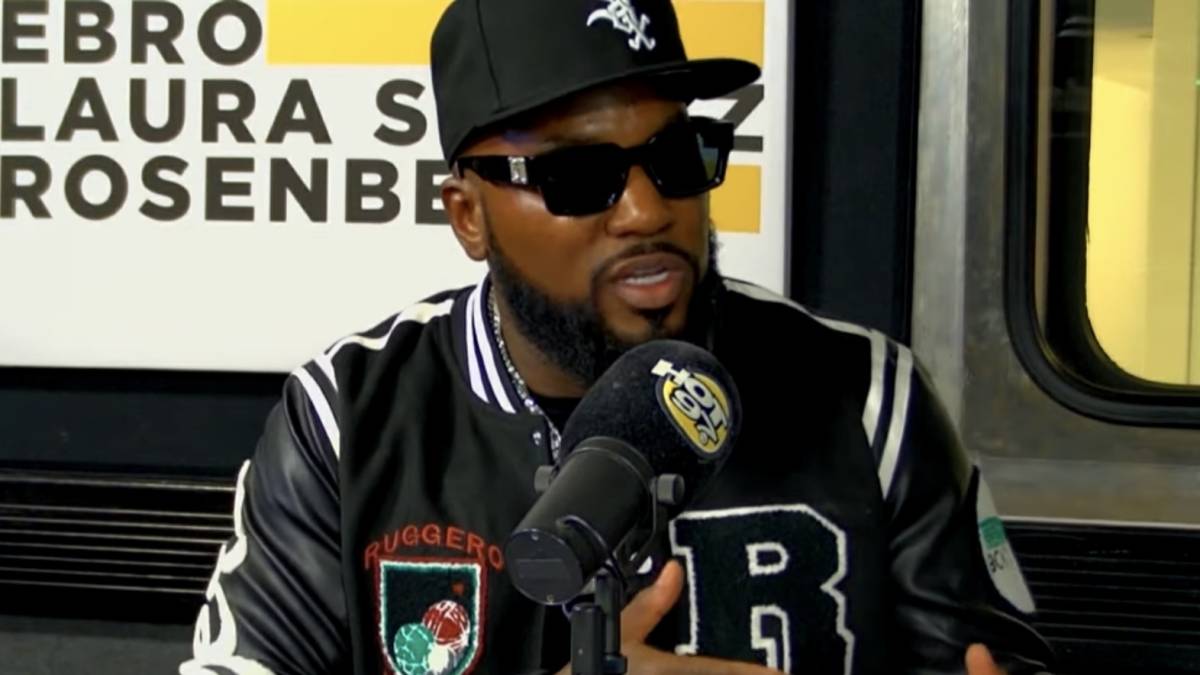 Jeezy Breaks Silence On Freddie Gibbs Truce: ‘I Knew He Was Gonna Be A Star’

Jeezy has given some fresh insight into his truce with Freddie Gibbs, after Gangsta Gibbs recently issued an apology to his former CTE label boss.

On Wednesday (October 19), the Snowman stopped by Hot 97 and talked about mending his relationship with Freddie Gibbs and praised him for his latest album $oul $old $eperately, which he said it was phenomenal.

According to Jeezy, communication was key in fixing things with Gibbs, and he always knew his former artist would see this type of success whether he was directly involved with his career or not.

“By the way, I already knew that,” Jeezy said of Gibbs’s rise in popularity before speaking on their miscommunication. “I knew he was going to be a star with or without me. So again, it’s about communicating and then your ego not leading, and I’m really intentional about making sure that I reconnect with a lot of people, not no Kumbaya, but just like I had love for you, and it was my wrongdoing or me reacting to what you did to me then you know.

“Especially if you mean me well, like if you mean me harm or something like ain’t no way in hell, but if it’s love and it’s been love, but we had a miscommunication or somebody was talking through somebody else, and the word got to me. That happened before where people think you ain’t keeping your word, but you talking to somebody else, you got my line hit me directly.”

Jeezy continued: “So now you don’t really want to engage with me, and I’m feeling like alright fuck it then, but it ain’t that. It’s just like, nah, and you have a conversation. But to me, it’s just like my biggest regret, it was and still will be how I nourish my relationships in the beginning because I had no idea that 10 years later, that would affect me.”

The Atlanta native’s comments come after Gibbs saluted him and admitted he was “immature” during their feud on “Rabbit Vision” off $oul $old $eparately which dropped on September 30. Gangsta Gibbs showed love to the Atlanta rapper — whose CTE World label he was previously signed to — and thanked him for teaching him how to boss up, both professionally and personally.

“Me and Jeezy still ain’t spoke in years, but I got love for him/ Could’ve talked it out, but I spoke out, I let it get to me/ Showed me I could be a fuckin’ boss, best thing he did for me/ I needed to grow, too immature, it’s shit I needed to know,” he raps over J.U.S.T.I.C.E. League’s production.

During a recent appearance on the Bootleg Kev Podcast, Freddie Gibbs detailed his surprise encounter with his former CTE World boss and expressed his “relief” at finally burying the hatchet with a hug at an airport.

“I seen him at the airport. Damn, that’s crazy bro. World premiere, n-gga,” he began. “I seen Jeezy at the airport with his wife. I was with my girl. We shook hands and hugged and was just like, ‘Man, salute.’ It was just, like, ‘Damn.’ It was a relief for both of us, I feel like.

“We exchanged numbers and we both got on a plane and that was it. It was one of the most beautiful things ever, I think. I been put it behind me, but I had to, like, see him. And then when you look back, man, it wasn’t really nothing. That was fucking a music disagreement.”