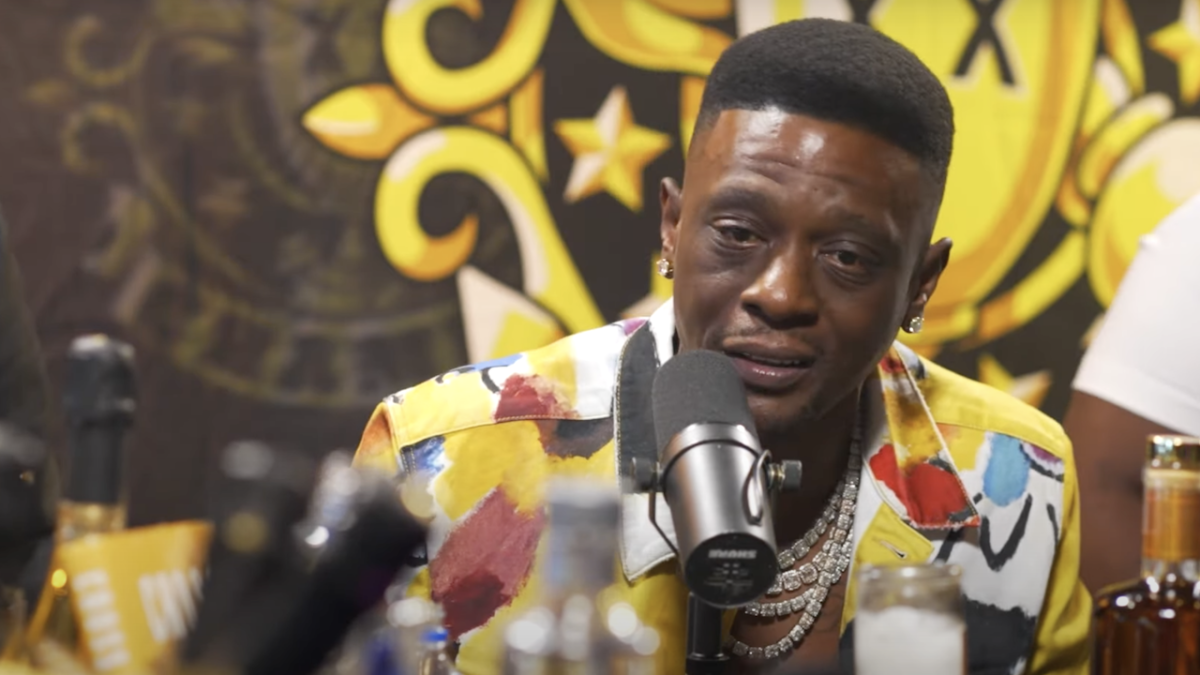 Boosie Badazz Recalls Being Robbed In L.A.: 'That Muthafucka Dangerous'

Boosie Badazz has revealed he got robbed in Los Angeles and is warning other rappers to take every necessary precaution for their protection while in the City of Angels.

In a new interview with Drink Champs, Boosie detailed several run-ins he’s experienced in L.A., including the time his truck was stolen while he was recording an episode of the No Jumper podcast.

“Bro, we got so many dudes that got robbed in L.A. who ain’t talking about it … That muthafucka dangerous. It’s really dangerous. I was at No Jumper and n-ggas stole our truck! I’m at the interview and n-ggas stole my muthafucking truck,” he said, seemingly referring to his appearance on the podcast in 2018.

On another occasion, Boosie Badazz said a vehicle belonging to a member of his entourage was broken into.

“I’m at a strip club, they break into one of my other bitches’ car,” he said. “Aye bruh, they out to get it. They tried to get my artist. Like bro, this shit real out there.”

The Baton Rouge native revealed he runs at least “10 deep” every time he visits L.A. for his own protection.

“I move kinda deep. I bring all my people from Louisiana,” he said. “And I’m in and out. N-gga, I’m not hanging in no L.A. I’m coming to do a deal, whoop de woo, and I’m out probably the next day. I know it ain’t safe, my people know it ain’t safe, the whole industry know. N-ggas getting jacked out there. You gotta be ready.”

Boosie Badazz’s comments follow several acts of violence committed against rappers in Los Angeles in recent months. On Friday (October 14), it was reported that Megan Thee Stallion was the victim of a home invasion that saw robbers leave with almost $500,000 in jewelry, cash, and electronics.

In September, PnB Rock was fatally shot during a robbery at Roscoe’s Chicken & Waffles in South Los Angeles. Later that month, Tee Grizzley’s Porter Ranch home was burglarized for over $1 million worth of jewelry and cash.

During an interview with VladTV back in March, Boosie Badazz cautioned rappers to be extra careful when in L.A. following the shooting of Kodak Black.

“That’s where all the rappers get robbed, you know, they can’t protect you in L.A. I only go to L.A. to take care of something, get money, get money on business terms,” he added. “I’m at Universal Studios, I’m trying to get money. Wherever I’m at, I’m not in the streets in L.A. I don’t really got nobody to protect me in L.A. but me.”