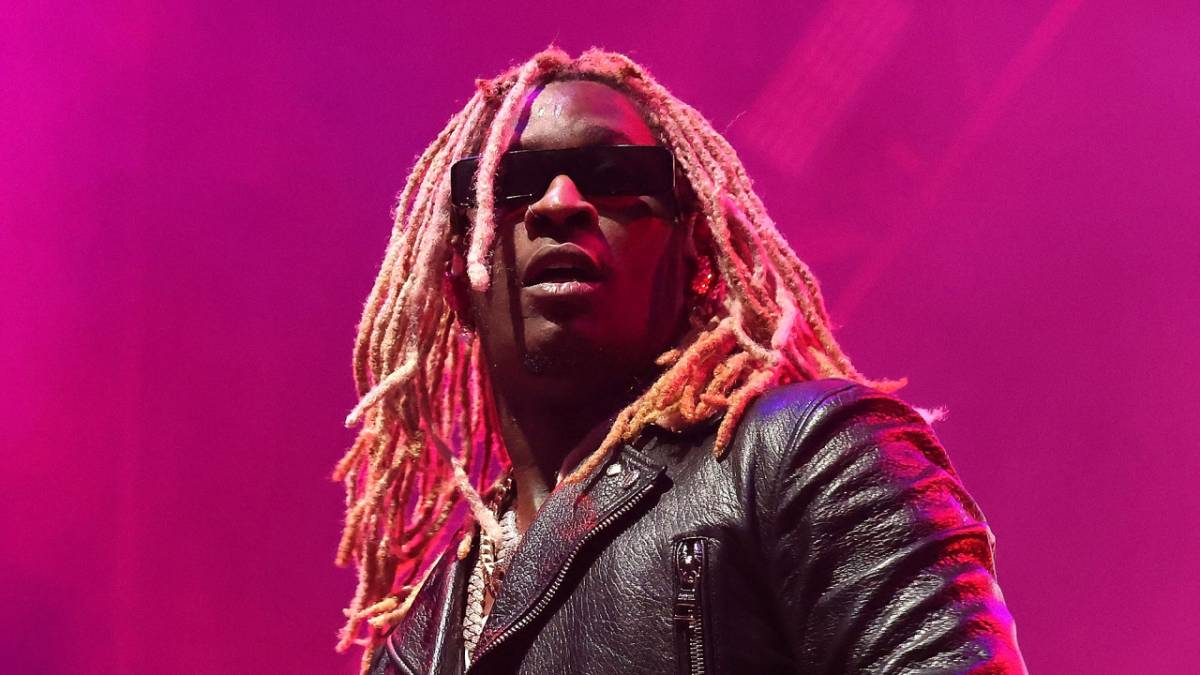 Young Thug has asked a judge to toss out all “involuntary” statements he made when he was first placed in custody during his RICO case.

Thugga (real name Jeffery Lamar William) and 28 other YSL affiliates including Gunna are currently behind bars as part of an ongoing RICO case against them, and prosecutors have continued to claim that Thug was the mastermind of an organized street gang, with crimes ranging from murder to drug dealing.

However, according to new filings from Young Thug’s attorney Brian Steel, the two law enforcement officers who first interrogated his client in Dekalb County Jail never gave Thugga the opportunity to waive his Miranda rights before questioning him.

Steel said his client was placed into an interrogation room by Cobb County investigator David Raissi and ATF Special Agent T. Cunningham without his counsel’s permission, knowledge or consent, and demanded Judge Ural Glanville discard any statements given by Thugga during that time.

“All of [Young Thug’s] statements must be suppressed from the trial in the above-referenced case, and all witnesses must be instructed not to utter the fact that [Young Thug] made any statements which were not voluntarily made, were made in violation of his Constitutional right to counsel and made in violation of Miranda warning,” Brian Steel explained in documents obtained by AllHipHop,

“Additionally, no mention can be made that [Young Thug] was given the opportunity to speak with law enforcement since this is post-arrest,” Steel added.

Young Thug is also asking Judge Glanville to return phones and computers seized by authorities during a July, 2015 raid of his home in Sandy Springs, Georgia. The search was conducted after Thugga allegedly threatened a security guard at the mall, and it resulted in the 31-year-old rapper being slapped with felony charges. A trial court ruled the search unconstitutional.

The devices seized were supposed to be returned in 2017 but instead were sent to a company called Cellebrite by Chief Deputy District Attorney Michael Sprinkel so they could be searched. Steel claimed in the new documents that the prosecution had no valid search warrant for those items, and that searching them instead of returning them violated Thugga’s “possessory interests in his lawfully obtained property that the prosecution had absolutely no legal right to possess.”

“Instead, without lawful right to keep, hold, inspect, possess or examine Mr. Williams’ property, the prosecution ‘team’ continued to illegally hold Mr. Williams’ property and search these items,” Brian Steel said. In turn, Steel wants the judge to also suppress anything found on those devices from being used in Young Thug’s upcoming RICO trial.

The So Much Fun rapper was slapped with new charges in August, and now in addition to charges of conspiring to violate the Racketeer Influenced and Corrupt Organizations (RICO) Act, murder, armed robbery and participation in criminal street gang activity, he also faces a new gang charge, as well as new drug charges, possession of a firearm during the commission of a felony and possession of a machine gun.

Young Thug has been denied bond three times and is likely to remain behind bars until at least early next year. A trial for the RICO case has been set for January 9, 2023.