DaBaby has claimed he slept with Megan Thee Stallion multiple times — including the night before Tory Lanez allegedly shot her.

The North Carolina rapper dropped the bombshell on his new album Baby On Baby 2, which he released by surprise on Friday (September 23).

On the song “Boogeyman,” DaBaby claimed he and Megan knocked boots twice in the two days prior to the alleged July 2020 shooting that left the Houston hottie with bullet fragments in both feet.

“You play with me, that shit was childish / The day before she say that Tory Lanez shot her, I was fucking on Megan Thee Stallion / Waited to say this shit on my next album / Hit it the day before too / But I kept it playa, I ain’t say nothing ’bout it,” he rapped.

Fontaine and DaBaby exchanged words on Twitter last June after DaBaby retweeted a post making light of Tory’s alleged attack on Megan, leading to a public back-and-forth between the “Cash Shit” collaborators.

“You a clown ass n-gga doin doin clown ass shit then tryin to back pedal .. n-gga that’s what it is .. u don’t ever gotta address her again,” Pardi tweeted at DaBaby. 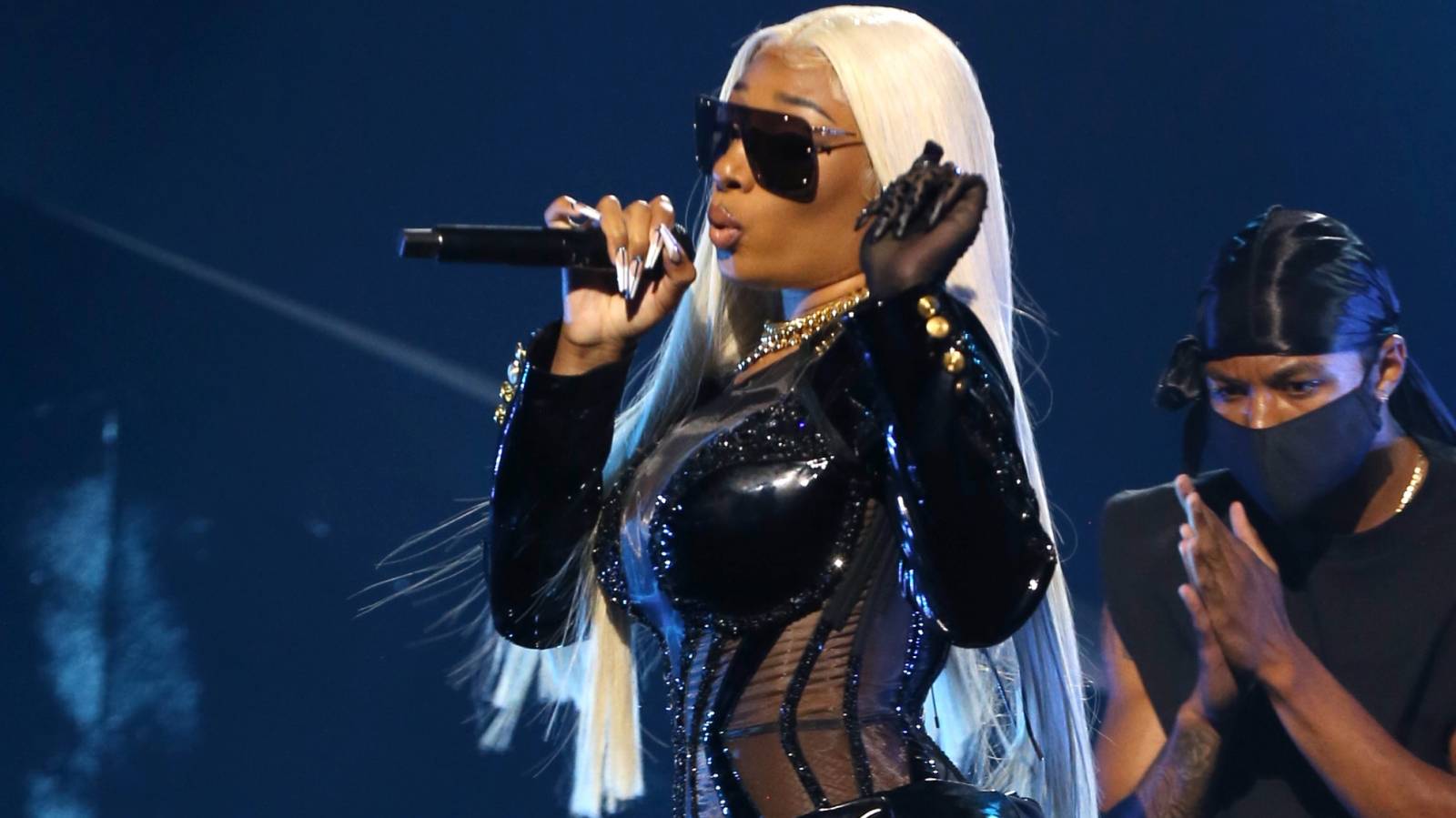 Noted DaBaby fan 50 Cent was among those who grabbed the proverbial popcorn after hearing “Boogeyman,” with the G-Unit boss reveling in the drama on his Instagram page.

“oh no, [face palm emoji] this shit is crazy [eyes emoji] The Boogie Man track 3 [fire] Damn,” he wrote next to a clip of him listening to the song on his phone.

In another post highlighting DaBaby’s salacious rhymes, he put: “WTF anybody seen the boogie man because i’m a need to hear this shit right now!”

Megan Thee Stallion has yet to respond to DaBaby’s claim.

Megan Thee Stallion and DaBaby first linked up 2019, forming a successful partnership on songs like “Cash Shit,” “Cry Baby,” “Nasty” and DJ Khaled’s “I Did It,” all of which cracked the Billboard Hot 100.

However, their relationship soured two years later after DaBaby struck up a friendship with Tory Lanez, the man charged with felony assault for allegedly shooting her in the feet. DaBaby and Tory’s “SKAT” collaboration prompted Megan to unfollow DaBaby on Instagram that June.

The pair’s fallout quickly intensified when Megan blasted DaBaby on social media, accusing him of being two-faced.

“Support me in private and publicly do something different…these industry men are very strange,” she tweeted. “This situation ain’t no damn ‘beef’ and I really wish people would stop down playing it like it’s some internet shit for likes and retweets.”

DaBaby responded by assuring Megan he didn’t have “no bad energy” for her, to which she replied: “We already spoke abt this in private and you specifically said ‘that ain’t even no good business move why would I promote that shit’ but now this ain’t your ‘beef’ ? That ain’t real. But you stay on ya ‘business’ my g.”

The “Rockstar” rapper later brought out Tory Lanez as a surprise guest at Rolling Loud Miami in July 2021. The move didn’t appear to sit well with Megan fans, though, as he had a shoe thrown at his head from someone in the crowd.