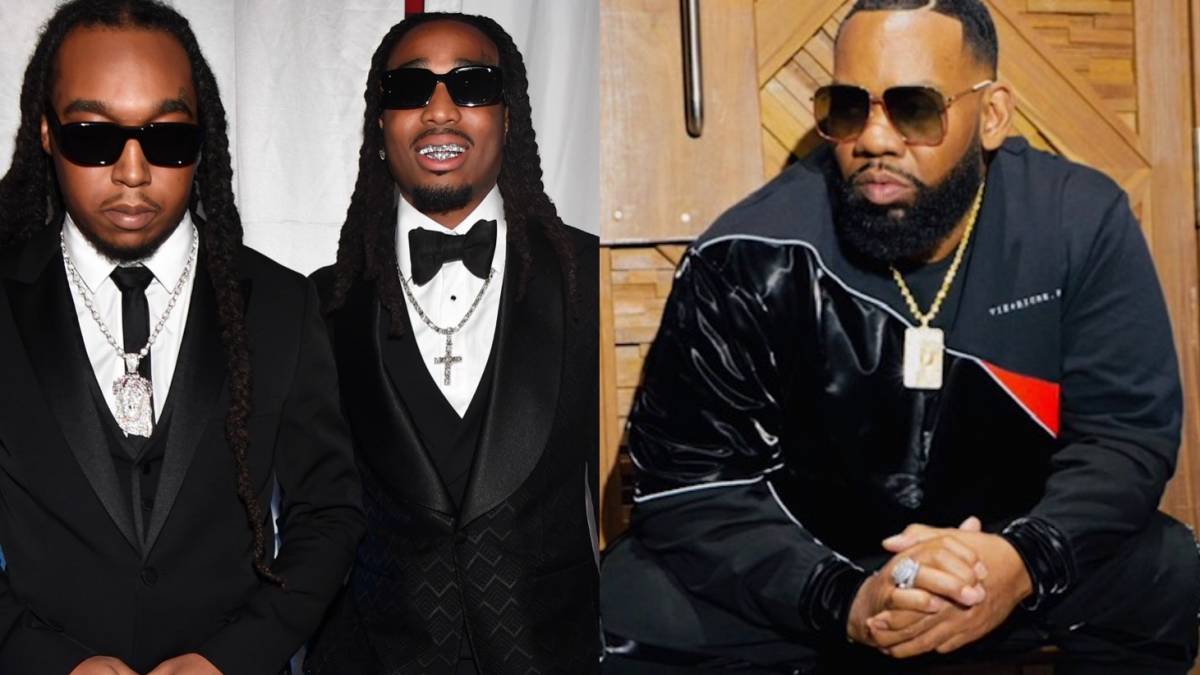 Quavo and Takeoff are taking inspiration from Raekwon’s 1995 debut album Only Built 4 Cuban Linx (OB4CL) to title their own upcoming joint effort, Only Built 4 Infinity Links.

Quavo took to his Instagram on Wednesday (September 7) to officially announce the joint project. The post shows the album cover, which finds him and his Migos partner posing similarly to how Raekwon and Ghostface Killah did for OB4CL.

“Only Built For Infinity Links The Album 10/7 @yrntakeoff #INFINITYLINKS,” Quavo captioned the post. He continued in the post’s video: “An infinity link see that’s the strongest link in the world.”

Takeoff added: “By far stronger than the Cuban. It runs in the blood.”

Quavo and Takeoff will be hoping to channel the same success Raekwon had with OB4CL. The Chef’s project is in the conversation for greatest debut rap album of all time, debuting at No. 2 on Billboard’s Top R&B/Hip-Hop Albums chart and No. 4 on the 200.

It moved over 130,000 copies first and went gold two months after its release. The Recording Industry Association of America later gave the album a platinum certification in 2020.

Raekwon actually met with Quavo last month for a smoking session at an undisclosed location and had fans wondering if there was a collaboration in the works. “@Raekwon storm coming Wu-Tang Migo connection!” Quavo wrote in an Instagram post at the time.

Quavo and Takeoff’s announcement comes after the duo revealed they were moving as a two-person team without Offset and calling themselves Unc and Phew in May. They dropped a single titled “Hotel Lobby” before unleashing “Us vs. Them” featuring Gucci Mane and “Big Stunna” featuring Birdman.

Rumors of a Migos break-up had been circulating online all summer. However, Quavo explained in an interview with GQ that they were establishing themselves as individuals.

He added: “I feel like y’all know the Offset story. We’re all growing. But I feel like the world really doesn’t know about me. I showed y’all the car. Now, I’m about to show y’all the engine and how it was put together.”

On the other hand, Offset has been teasing new music since the group allegedly called it quits. He also had a Twitter Q&A where he revealed plans for his forthcoming solo album. The album is slated to have 13 tracks, but there’s no word on an official title or release date yet.