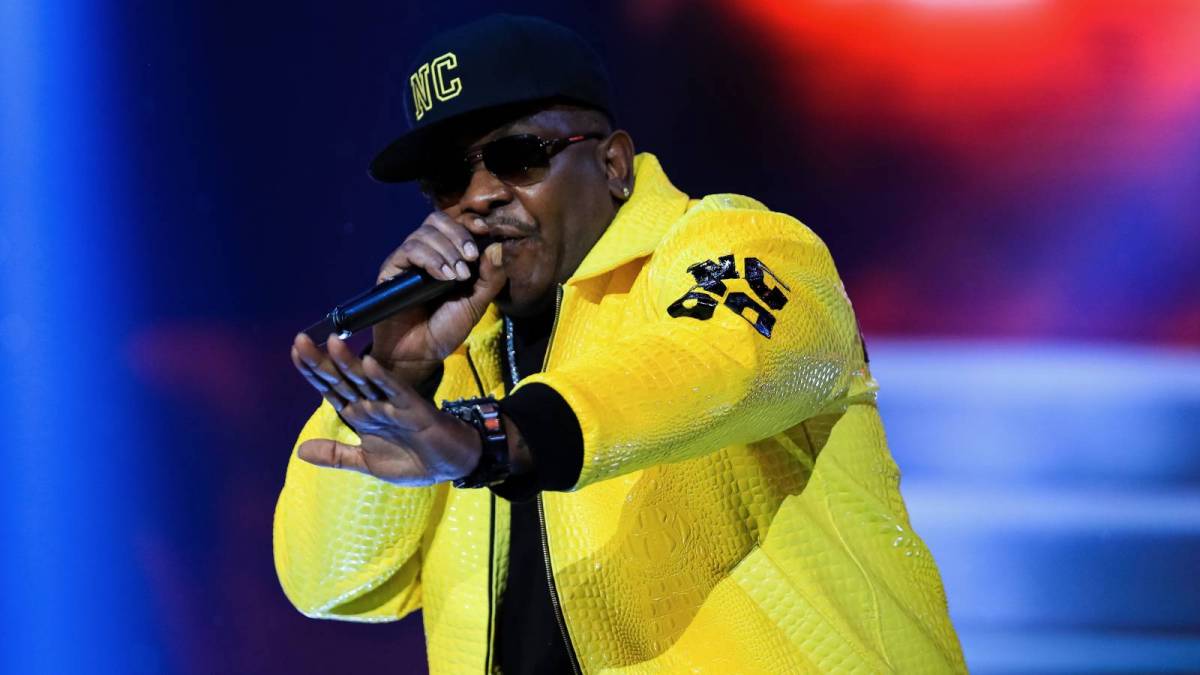 Petey Pablo has helped make a couple’s wedding day even more special by performing a live rendition of “Raise Up” to introduce the happy couple at their reception.

On Monday (September 5), the North Carolina rapper shared a clip on Instagram of him performing the energetic 2001 hit at a wedding reception for Justin and Darnella Miller.

As the bride and groom enter the room, Pablo, decked out in brown suit and black turtleneck, can be seen hyping up the crowd before spitting the memorable hook to his Timbaland-produced anthem.

The happy couple and their guests react by spinning towels around their heads — just like the lyrics say: “North Carolina! Come on and raise up/ Take your shirt off, twist it ’round your hand/ Spin it like a helicopter.”

Pablo wrote in the clip’s caption: “Ladies and gentlemen if you want to see what some Good Love looks like here you go congratulations to @donna_ii & @mr_just10 thank you both for allowing me to be a part of something so magical a moment in time that will never be forgotten!!!!”

Check out Petey Pablo’s performance at the Millers wedding below:

It’s unclear whether Pablo was hired and paid to perform at the couple’s wedding or if he knew the happy couple and was part of the wedding party.

Petey Pablo isn’t the only rapper to pop up at a wedding in the last year or so. Last year, Lil Uzi Vert popped up at a Palestinian couple’s wedding ceremony in New Jersey, where he was seen dancing joyously with wedding guests while donning a traditional black keffiyeh around his neck.

Two months later, Uzi made an appearance at another wedding, this time for a Cambodian couple who got hitched in his hometown of Philadelphia. Besides busting a few moves to some Cambodian music, Uzi also pulled a stack of money out of his pocket and gifted the happy couple with thousands of dollars.

The Seattle rapper’s longtime collaborator, XP, shared a pair of videos to his Facebook account following the nuptials.

“Bruh a lot happened last night,” he explained in the caption, “First off, I’m watching the fights. I called 4/4 outcomes. Picked the way they would win, and the round, all 4 fights! Yes I bet on all 4 fights. Then they drop our new song during one of the fights, I’m going crazy.

“Then we get a text like, ‘Yo Mack is crashing these people’s wedding right now with the new track,’ so we all crash it, they were hella happy. I did not think Burque was gonna be that lit! But God did.”

Mack says in the clip: “Real talk, real talk, real talk. Can I be an honorary member of your guys family?” to which he gets a resounding group “YEAH!” XP turns the camera toward him and says: “We really just crashed these people’s wedding, man.”