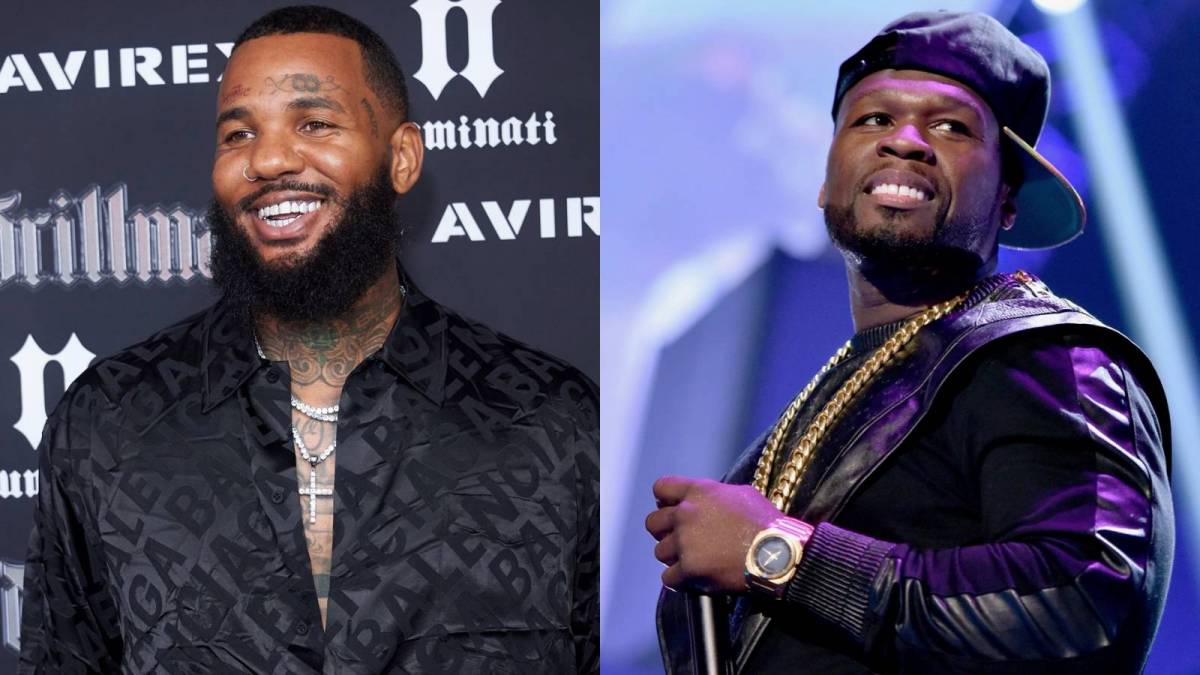 The Game Flames 50 Cent During Houston Show: ‘That N-gga’s A Straight Bitch’

The Game is showing no signs of wanting to make peace with 50 Cent, taking aim at the G-Unit mogul once again at a show in Houston.

On Sunday (September 4), the “One Blood” rapper performed as part of Houston’s Legends Only Concert and during a break between tracks he shared with the crowd a few choice words for his former collaborator.

Game continued: “I’ma say it in Houston, I’ll say it in New York, I’ll say it anywhere n-gga, that n-gga’s a straight bitch. And I like the TV show. N-gga, now put that on the internet.”

The Game disses 50 Cent during his Houston show ? https://t.co/iE9eWaTp5y pic.twitter.com/Lmd02PoiZH

50 Cent caught wind of Game’s comments and posted the clip on his Twitter, along with the caption: “oh no, you making me nervous now you know it’s not safe around me [laughing emoji] when i’m nervous LOL.” He also added a link to his G-Unit Brands website.

?oh no, you making me nervous now you know it’s not safe around me ?when i’m nervous LOL • https://t.co/jnbpt4Vpb3 pic.twitter.com/ZCzgpjEiAV

The Game and 50 have been snapping back and forth with one another for the past 24 hours after it was announced 50 had won three awards at the 2022 Primetime Creative Arts Emmy Awards on Saturday night (September 3).

After the awards were announced, 50 took to social media to taunt his long-running rival while celebrating his first Emmys wins.

“I just won my Emmy award [clapping emojis] for the super bowl half time show. LOL,” he wrote on Instagram before posting a photo of The Game looking angry with the message: “No Caption needed [grinning face emojis].”

Hours later, the G-Unit mogul fired back by posting a GIF of his laughing in a car meme while mocking the reported first-week sales of The Game’s latest album Drillmatic: Heart Vs. Mind.

“Oh no, [confused face emoji] i’m sorry you don’t get one [trophy emoji],” he taunted in the caption. “Then the first week 18k, if you need someone to talk to i’m here for you. LOL.”

50 Cent and The Game’s beef has sizzled throughout 2022, with the former collaborators trading shots online over comments about Dr. Dre, former Interscope boss Jimmy Iovine apparently snubbing the Documentary rapper at a Lakers game and 50’s girlfriend allegedly sliding into Game’s DMs.

Most recently, 50 denied claims made by The Game’s manager, Wack 100, in March that the Compton native helped write his Get Rich or Die Tryin’ hit “What Up Gangsta.”

“I’m like, ‘C’mon, bro. You wasn’t even around when we did that. That was before you even came into the picture,’” Fif said. “That was Get Rich Or Die Tryin’. We didn’t even know who he was until after. There’s a point when you [reach] desperation and you’ll say anything.”