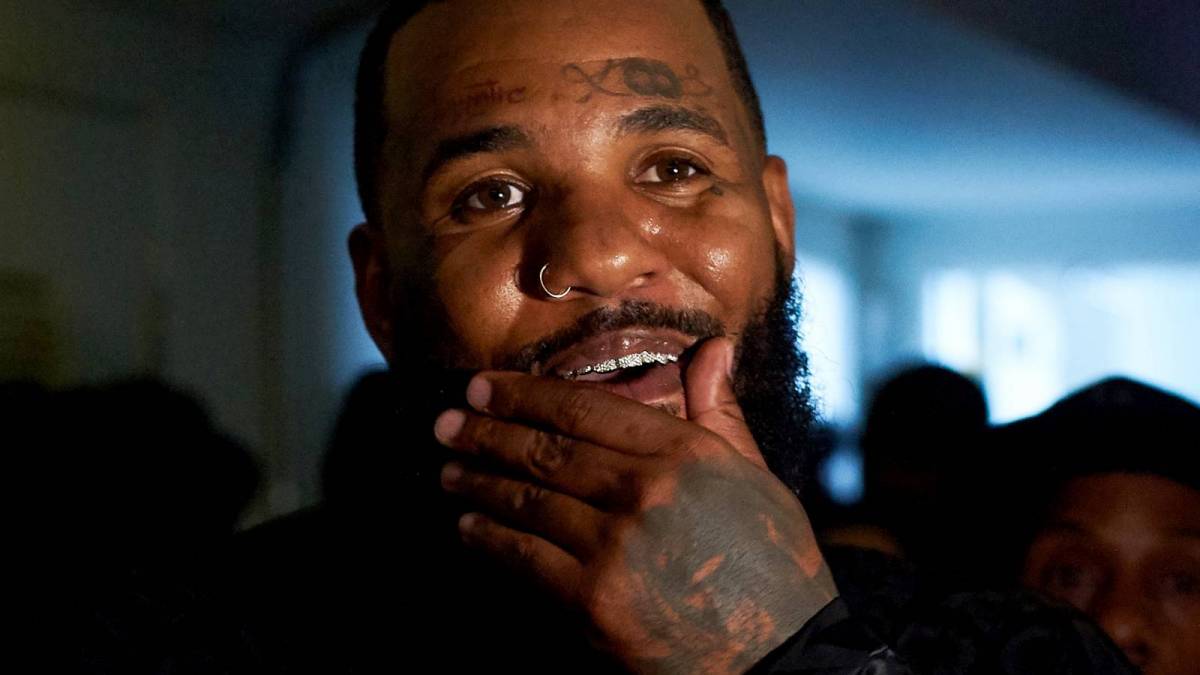 The Game has unveiled the second episode of his new social media series Anything for the Game — check it out below.

The Compton rapper – who released his 11th studio album Drillmatic — Heart vs. Mind last month — unveiled the latest episode of the stomach-churning show on his TikTok on Friday (September 3).

The clip starts off with Game taking a selfie with a fan named Angel in a parking lot. Once they finish taking the pic, they enter a pet store together which is where Game issues an unusual challenge.

“How much would you eat some crickets for?” Game asks, before suggesting a $500 reward for undertaking the task. Angel agrees and asks Game: “How many do I have to eat?”

After seeing the crickets come prepared in a bag, Game tells Angel he has to eat all of them. Angel quickly proceeds to gulp them down without flinching.

Before he leaves the store, Game spots another customer looking at the fish tanks. The Documentary rapper approaches him and asks if he’s ever eaten a goldfish. After the customer says no, Game asks: “What if I gave you 500 bucks, would you eat one?”

After explaining he’d eaten a fish-heart for free, the customer agrees to Game’s challenge. From there, they buy a goldfish and head out to the parking lot, where the man downs the goldfish — although it took him several attempts.

Meanwhile, The Game recently shared a few words for those who feel like he might have fallen off a little bit in recent years when it comes to his music output.

During a conversation on the No Jumper podcast, the Compton native touched upon choosing his family and well-being over chasing money, saying he could’ve been better off financially had he stayed the course, but other things were more important to him.

“I choose to be real and to be authentic with my fans and my family over financial status ’cause I mean if I really just said fuck everybody and really just went for the money, I mean I’m a superstar I would be a billionaire too,” The Game said. “You know Biggie said it best a long time ago, ‘Mo Money Mo Problems.’”

Host Adam22 then said he felt it was weird that the happier an artist is in their life outside of music, the more fans believe they fell off the wagon. The Game said it doesn’t bother him one bit because he knows those comments are coming from people who wish they could be him.

“That shit don’t never fuck with me ’cause you got to understand where it’s coming from,” he said. “You got somebody that’s at the bottom of their grandparent’s house in the comments saying you fell off. Like, who the fuck are you to be able to hate on my music, hate on me or hate on my career?

He added: “You gotta be zoomed the fuck in, and you gotta be listening, so like everybody, you could do what you want on my page and on my socials. I don’t really give a fuck. It’s thug life.”