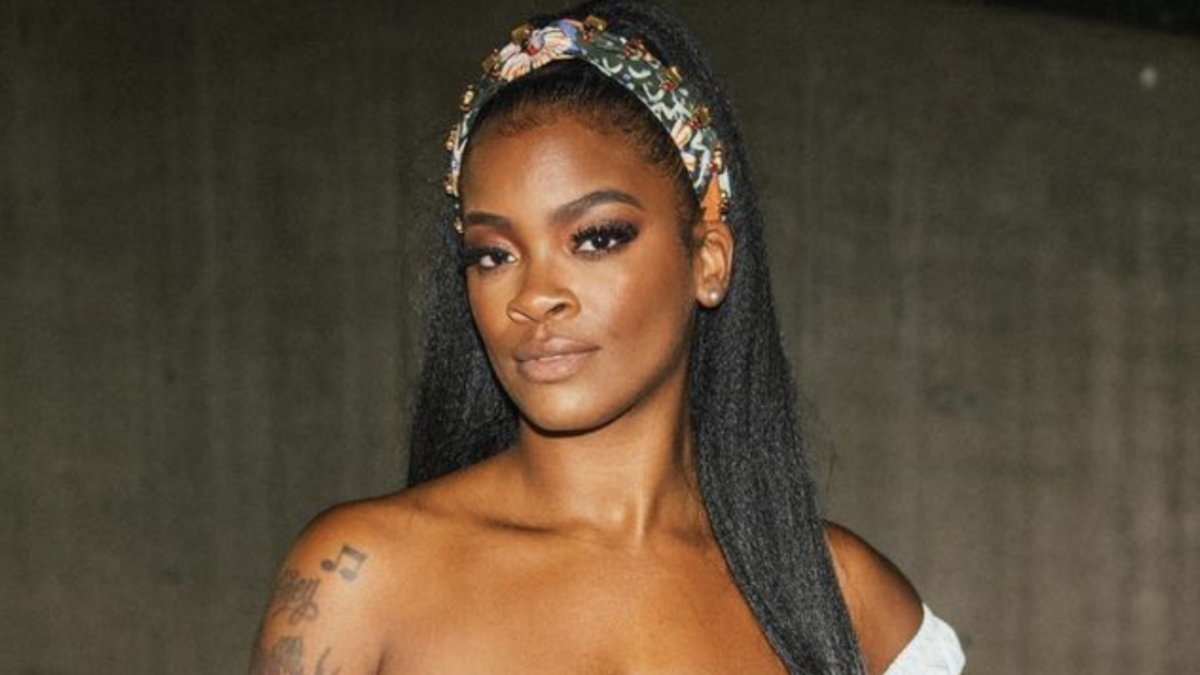 Ari Lennox has unveiled the cover art for her upcoming sophomore album, age/sex/location, officially kicking off the pre-release rollout.

The cover art made its way to social media via the singer’s Instagram page on Tuesday (August 30). “My new album, age/sex/location, is available everywhere sept 9,” Lennox captioned her post.

In the pic, the Dreamville singer is dressed in a diamond-encrusted bathing suit while laying on a body of water that’s rippling under her. Behind Lennox is a backdrop showing a curtain and a cloudy sky in pink, purple and orange hues.

Age/Sex/Location will have 12 songs, a much smaller number than the 80 tracks Lennox said she wrote and recorded for the album earlier this year. She gave fans a peek at the album in 2021 with the Jermaine Dupri-produced single “Pressure” followed by “Hoodie” at the top of the month.

In a rare interview with Vibe, Lennox claims her new album will show her evolution since she dropped her debut album, Shea Butter Baby, in 2019.

“I think [on] Shea Butter Baby, I romanticize a lot of things in life,” Lennox said.” I feel like I was very naive about a lot of things about romance, about myself, about career, life, whatever, and I feel like I’m just more aware now, more evolved, [and] more, not putting up with certain shit I don’t like.”

Lennox also revealed the album will have “a lot of attention to detail, and a lot of vulnerability.” Fans looking to pre-order the album can do so here.

Age/Sex/Location comes after a difficult period for the singer. She parted ways with her management company in March, a month after expressing frustration with her Dreamville and Interscope label situation.

“Ari Lennox and her management team Black Wax amicably decided to part ways,” Lennox’s team said in a statement. “Lennox first signed with the company in 2012. She still considers them family and is beyond thankful for the business ventures and memories. She’s currently working on her sophomore album and is excited for the future endeavors that are in store for her.”

Lennox’s label frustrations hit a new high after she sat down for an uncomfortable interview with Podcast and Chill, where the host MacG asked if someone was sexually satisfying her.

“I want to be dropped from the labels. I’m done and tired,” she wrote before replying to a fan, “Shut up! The interview was the icing on the cake. I want to be free.”

She continued: “And I’m never doing another interview again. I been on this sober high for weeks. Genuine gratefulness and happiness. But then… men. Every time… never fails.”

She also announced in a since-deleted tweet that she was done with social media.

“sm is a traumatizing unhealthy place,” she wrote. “You are only accepted here if your perfect and seemingly happy at all times. When every single life knows that’s not realistic. People cry, people complain, people are mad in real life. I just never cared to be a fake ass bitch.”