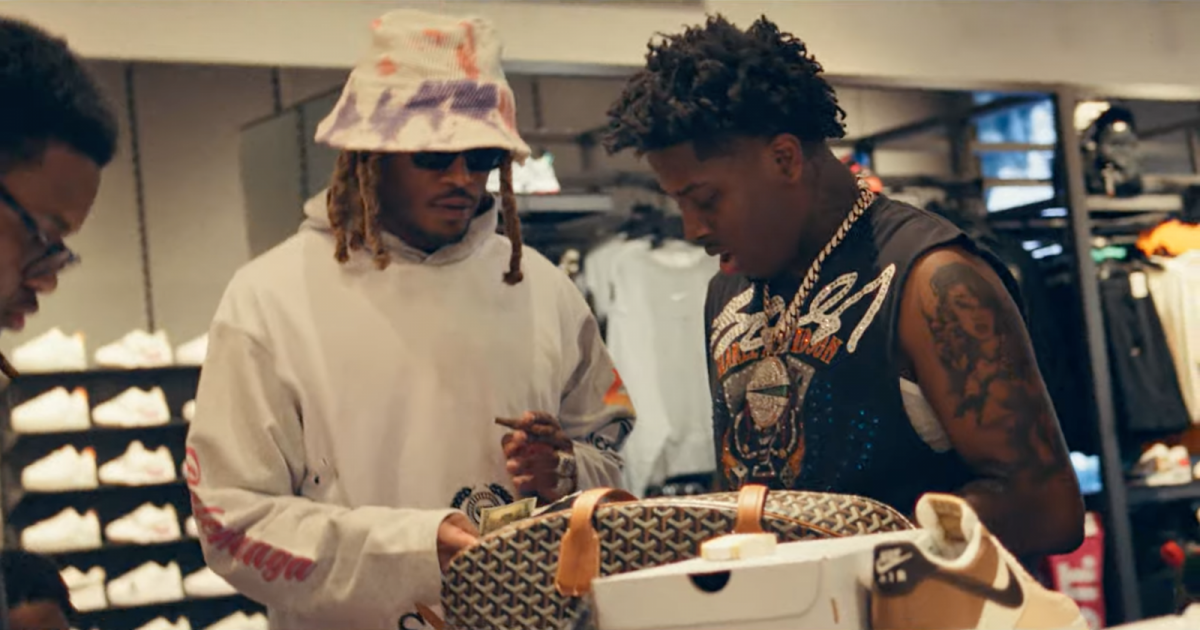 In a video captured of the exchange, the Freebandz head honcho is seen placing the rose gold chain around Richey’s neck. The Florida rapper responds by flexing the new piece of hardware for the camera.

“Even after me they gone know I’m da biggest stayed humble even when the odds was against me,” Richey wrote on Instagram.

“I took forever but itz time now!” Richey wrote on Instagram. “Whole lotta Loses, sweat blood but no tears into this sh*t. If you been rocking with me since day one just know this for you ain’t no returning back! Appreciate all my supporters!”

King Pluto and the young rapper have been spending a lot of time together these past few months. After filming the music video for “Bullseye 2,” the pair spent the afternoon at the Governor’s Square Mall in Richey’s hometown of Tallahassee, Florida, where they passed out $10,000 worth of shoes and clothes.

According to the local outlet, upwards of 500 people were present at the Holton Apartments where Future and Richey filmed their joint music video, and things got so rowdy even the police were called. Richey told the publication that he hopes his come up story inspires other kids from his city to start chasing their dreams.

“If you got everybody on the same page, it’ll be less shootings, less killings, less violence,” Richey told The Democrat. “That’s what we’re working for this year, less violence, more music.”

Aside from catering to young talent, Future also recently linked up with Lil Baby and DJ Khaled for the latter’s new track “Big Time,” which appeared on his 13th studio album GOD DID that also dropped on Friday (August 26).