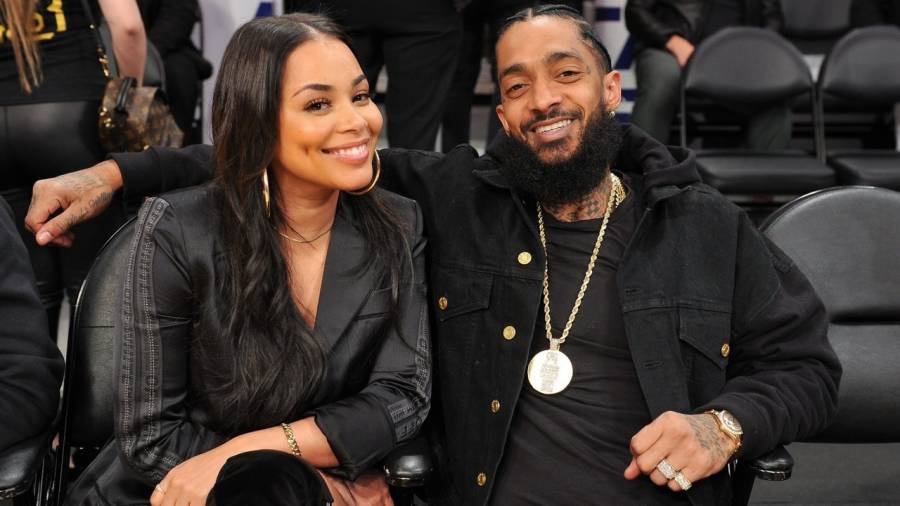 Lauren London spoke about her late husband Nipsey Hussle on Monday (August 15) while he received a posthumous star on the Hollywood Walk Of Fame.

The Hollywood Chamber of Commerce announced on Wednesday (August 10) that a ceremony celebrating the late Crenshaw rapper would take place on what would have been his 37th birthday, and London took to the stand amongst a packed crowd to speak on her “visionary” life partner.

“I wanna first start by saying Happy Birthday Hussle, and to the Hollywood Chamber of Commerce thank you for acknowledging a visionary,” London said. “I think I speak for the entire city of L.A. when I say that we’ve always known Hussle was destined for greatness. This moment only amplifies that for us.”

She continued, “Nip would have been honored by this moment. I think he would want everyone to remember that you can’t get to what’s possible unless you commit to moving forward. That doesn’t mean forgetting where you come from, but requires acknowledging the reality you were born into and the power you have to change that reality for the better.

“So whenever you’re in the city of angels and you see this star, I hope it encourages you to break away from whatever might be holding you back and for you to run your marathon until God says that it’s finished. Nip will forever live in our hearts. I’m grateful for the love and support the world has shown us but especially I wanna thank the city of Los Angeles. I love you, and as y’all know the marathon continues.”

Nipsey Hussle now joins Kenan Thompson, NFL legend Michael Strahan, actor Michael B. Jordan, the Black Eyed Peas and more as part of the 2022 Walk of Fame Class. Nip’s star will also sit alongside other rap acts including Snoop Dogg, Diddy, 50 Cent, Ice Cube and DJ Khaled, with Ludacris set to join them and receive his own star in 2023.

Neighborhood Nip was tragically shot and killed on March 31, 2019, in front of his own Marathon Clothing store. Nip’s killer, Eric Holder, was convicted by a grand jury on first-degree murder charges in July, and now faces life in prison.

Along with the Hollywood Walk of Fame Star, Nip will also be honored with his own bus station. According to CBS Los Angeles, the station will serve the Hyde Park K Line and is located in Nipsey Hussle Square. It’s one of eight stops along the route that goes through some of the oldest neighborhoods in Los Angeles and Inglewood.

“From Slauson and all the way to Vernon, you will see world-class pieces of art, celebrating the history and the legacy of African American people,” Los Angeles Councilman Marqueece Harris-Dawson said of the station. “Everybody who comes to L.A. and rides the train out of the airport is gonna see it. Is that alright?”