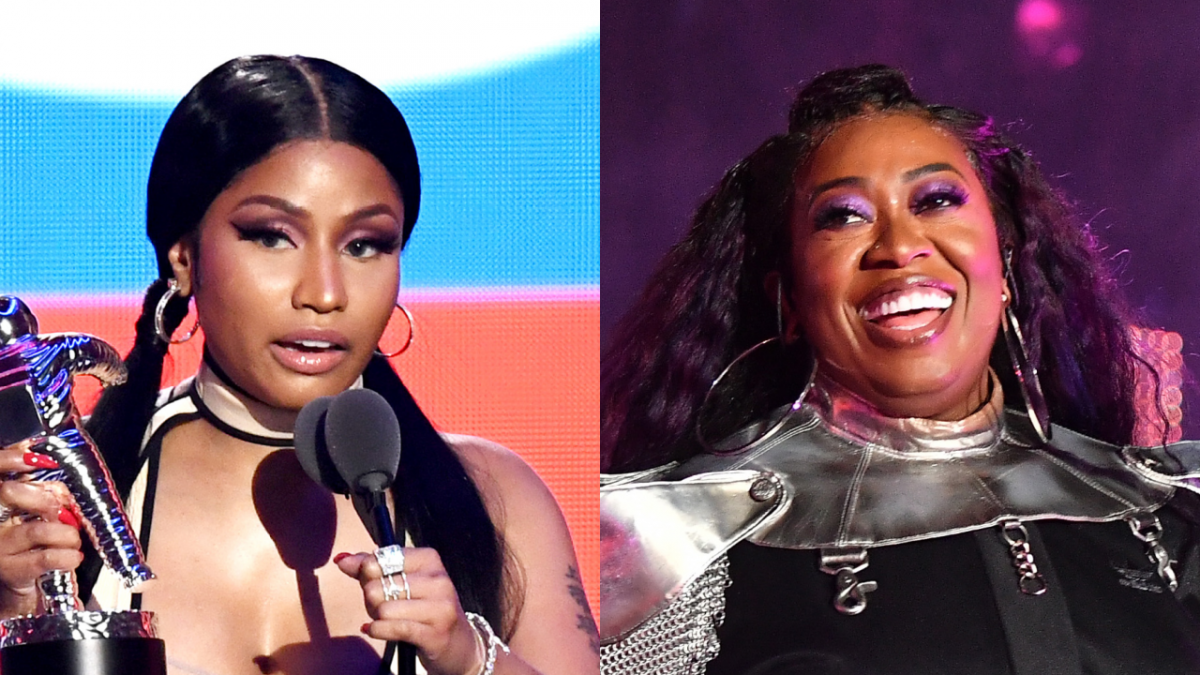 Nicki Minaj has thanked Missy Elliott for her undeniable influence in the music industry ahead of the 2022 MTV VMAs.

On Monday afternoon (August 8), not long after Nicki learned she’d be receiving the 2022 Michael Jackson Video Vanguard Award at this year’s ceremony, Elliott congratulated her with a tweet that read: “Congratulations to @NICKIMINAJ on the this achievement!”

Nicki replied: “Mumbling & cackling??? nah omg thank you Missy. You kicked down this [door]. Nothing but Love & Respect for your iconic artistry. #VMAs #NickiVmas #VideoVanguard.”

Missy Elliott was honored with the Video Vanguard Award in 2019, becoming the first female rapper to achieve this feat. As Nicki noted, her creative vision behind classic videos such as “Rain (Supa Dupa Fly)” and “Work It” has made her an icon.

Mumbling & cackling ??? ?? nah omg thank you Missy.
You kicked down this ?.
Nothing but Love & Respect for your iconic artistry ? #VMAs #NickiVmas #VideoVanguard https://t.co/TB4kUWjiki

At the time of being named as recipient of the award, Missy reacted to her growing list of achievements via Instagram, writing: “I am Humbly Grateful to be receiving the MichaelJacksonVideoVanguard Award. I Thank my FANS ‘Supafriends’ who fought diligently to see this day come @KidFury @crissles who rooted for years! I am crying right now so thankful.”

She added: “I didn’t know if I would ever receive this but I want y’all to know I do not take it for Granted I am GRATEFUL @atlanticrecords @monascottyoung Thank you Dear God!!! @MTV @vmas am SO HUMBLED #VA hometeam! two up two down lastly the WHOLE DANCE COMMUNITY #ThrowItBack #ThrowItBack.”

This year, Nicki Minaj is nominated in the Best Hip Hop category for “Do We Have a Problem?” featuring Lil Baby, her seventeenth nomination at the VMAs since her 2010 debut.

The Pinkprint rapper took home her first Moon Person statue for Best Hip Hop Video in 2011 for “Super Bass” and another the following year for Best Female Video for “Starships.”

The award announcement comes as Nicki gears up to drop her new single “Super Freaky Girl” on Friday (August 12).