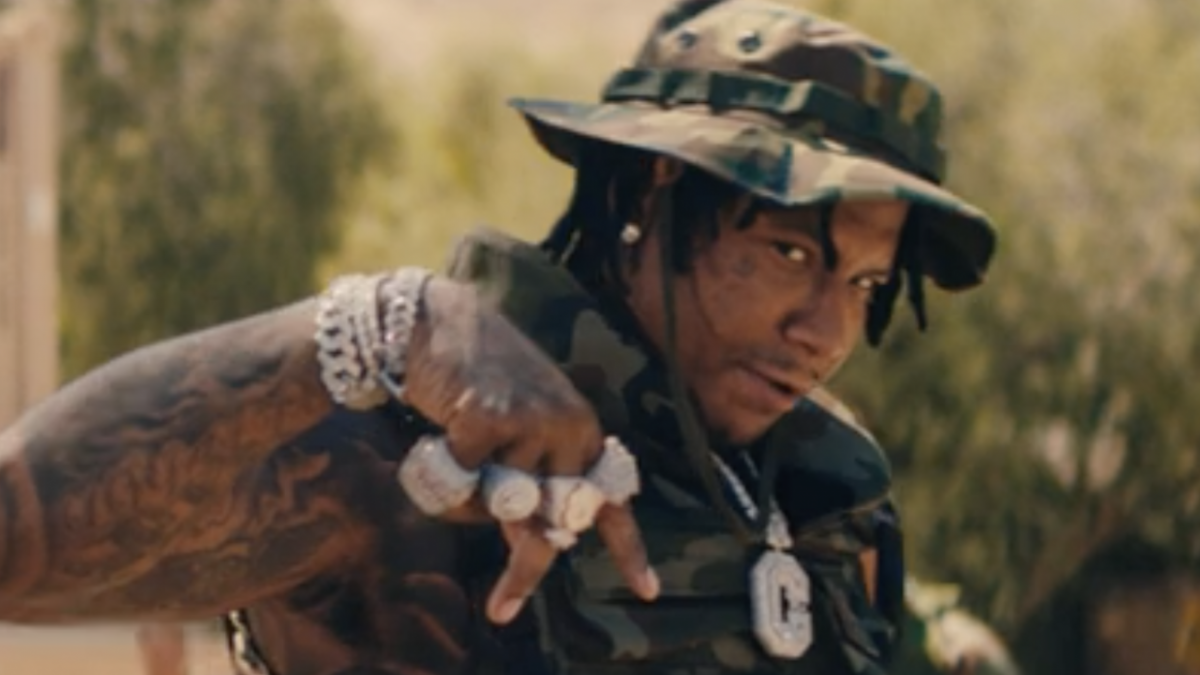 The CMG army is here to make their presence felt in Hip Hop for the foreseeable future. On the heels of announcing a label compilation album, Yo Gotti, Moneybagg Yo, 42 Dugg, EST Gee, Mozzy and Blac Youngsta linked up for the project’s lead single “Steppas” on Thursday (July 7).

The militant-themed clip finds the CMG clan taking over an army base while participating in some training drills draped in camouflage. In addition to the aforementioned CMG stars lending vocals to the track, Blocboy JB and CMG newcomer GloRilla also make cameos in the clip.

Since he’s still behind bars, 42 Dugg was not available for the military base field trip to shoot the clip but still made his impact felt on the track with a menacing verse.

“Ayy, I’m back, bitch, and I still like to smack shit/Whack shit, might leave a couple up in Saks Fifth/Fuck ’em if he ain’t with me, not the West, I’m from the East/Stretch sum’n and get up with me, you know that we pay our tabs,” he raps.

Yo Gotti and CMG’s top artist consiglieres hosted an Instagram Live press conference on Wednesday (July 6) where they announced plans for the compilation album, which is set to arrive on streaming services on July 15.

CMG’s first compilation album titled Chapter One arrived back in 2014. Watch the “Steppas” video above and look for the project to arrive on July 15.