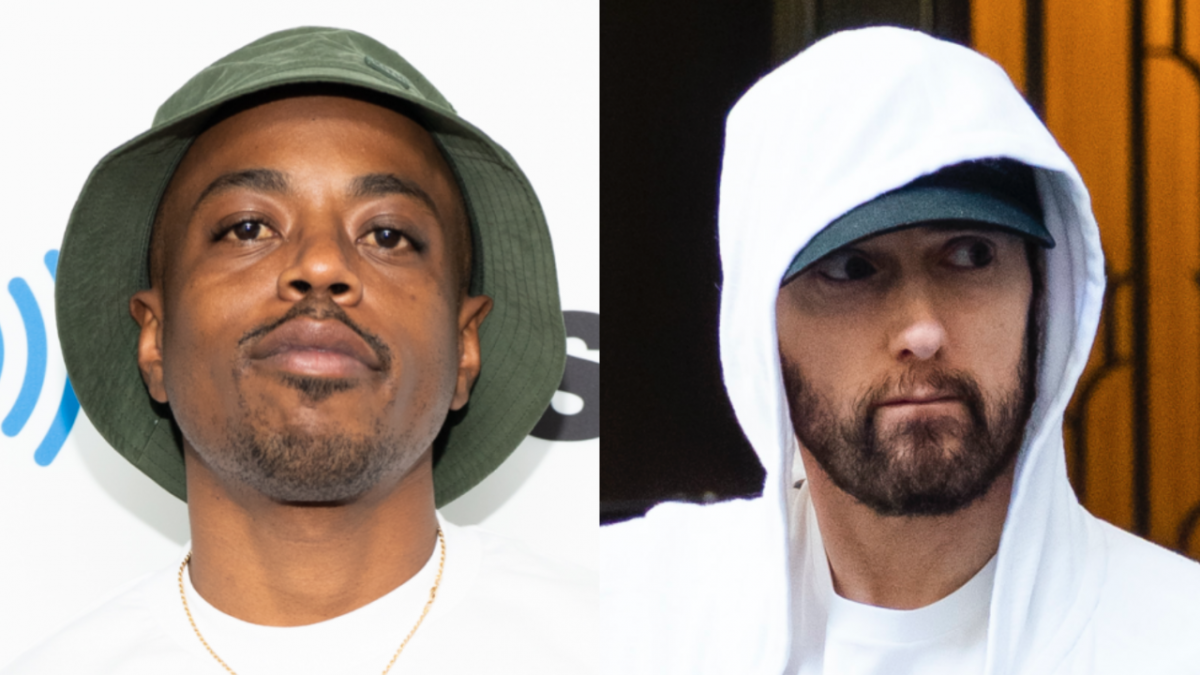 Westside Boogie has unique access to Eminem having been signed to his Shady Records label since 2017. During his recent appearance on Raquel Harper’s It’s Tricky podcast, he revealed the advice Slim Shady gave him for live shows based on his own experience on stage.

“Performance-wise, he told me stop stage-diving ’cause I can get sued,” he said. “That’s just a physical thing. He don’t like how I be jumping in the crowd ’cause he said I could get sued and how he got into fight for doing that. But I just like jumping into the crowd – it’s like my thing, you know what I’m saying? So I don’t know if that’s necessarily good advice, but that’s the advice he gave me.”

He added, “Music advice, he talked to me about not taking everything personal from blogs, ’cause it’s hard for me because my music is so genuine to me. So not seeing good responses sometimes frustrates me ’cause I know how much I put into it, but I think that’s every artist. Plus, coming from a neighborhood where we can’t let nobody punk us, gotta stand up for ourselves, when somebody come for me crazy on the internet, it’s always hard to not reply.”

During an interview with HotNewHipHop in May 2020, Westside Boogie opened up about his relationship with Eminem.

“When we talk it’s regular, he’s like a regular person,” he explained. “But when he calls, somebody else calls first and then they’ll be like, ‘Marshall’s on the phone,’ and I feel like I’m about to talk to my teacher or something.

“What makes it great about him is he just lets me grow as an artist and let me do what I gotta do. If I need something from him I can always reach out. As far as my work I don’t really want other people influencing my ideas, I wanna get my own thoughts off, I don’t really involve too many people honestly.”