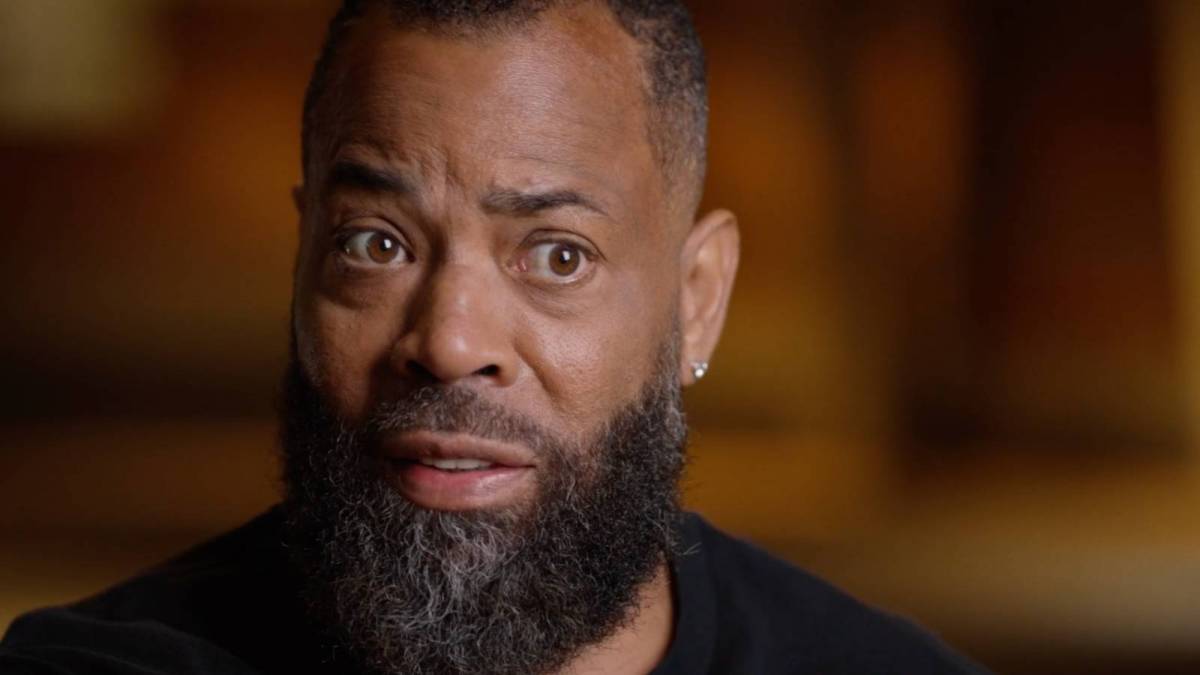 Disputes over contracts and finances ultimately tore the group apart, and Dr. Dre and The D.O.C. wound up leaving Ruthless Records to form Death Row, while Cube went on to pursue a solo career. But before but N.W.A split, The D.O.C. released his debut album No One Can Do It Better on Ruthless Records in 1989 and went on tour with the group.

In the new documentary about The D.O.C. — simply called The DOC — there’s a scene where he’s reflecting on the last show in Arizona when “everything started to fall apart.” In what proved to be a prophetic moment, The D.O.C. had made a video in his hotel room mocking Ice Cube for his ego, something they would routinely do for fun.

“They do a video about me leaving the group, how cocky I am and guess who plays me? The fuckin’ D.O.C.,” Ice Cube explains in the film. “He in the meeting [with a fake Jerry Heller] eating ice cubes talkin’ bout how I need to be paid more than Eazy and all this shit [laughs].” But the very next night in Arizona, The D.O.C. says there was a “huge blow up” between N.W.A. “After that show, for all intents and purposes, N.W.A as we knew it was over,” he says. “Cube was out of there.”

The scene then cuts to an old clip from Pump It Up! with Dee Barnes in which Cube explains, “He wouldn’t pay me my money. Bottom line. That’s it. No more N.W.A.” But what exactly happened that night wasn’t fully divulged. During a recent Zoom interview with HipHopDX, The D.O.C. looked back on that time and explained what led to the dispute. He also addressed the Pump It Up! clip, which was at the center of Dr. Dre’s infamous assault on Dee Barnes in 1990 and explained how they were able to make amends.

HipHopDX: What exactly went down in Arizona that night?

The D.O.C: That show in Arizona was the day [manger] Jerry Heller and Brian Turner from Priority Records showed up with contracts for N.W.A to sign, to make them officially a group. But both Eazy and N.W.A. records had already been out and sold at least a million copies. So, where’d all that money go? I’m sure that’s what they were thinking, and everybody else wanted that money, so they signed it and took that check, but Cube was adamant that he wasn’t about to be assed.

He wanted to know where the business was and, to his credit, he stepped out on his own and made it do what it do. Really, when you think about it, that’s a seminal moment, because Cube’s leaving was a precursor to everybody else. I mean, it just showed that both Jerry Heller and Eazy just had a lack of vision, because you had it all and let it get away like that.

HipHopDX: I was surprised to see you included a clip of Dee Barnes from Pump It Up, because the assault was at the center of controversy back in the ’90s. And even with Defiant Ones, I was shocked she was included. Do you remember that whole incident? Were you around for that?

The D.O.C: Sure. I wasn’t there for it, but when you’re young and you’re full of life and probably a lot of alcohol, stuff can get really hairy. When we were doing Defiant Ones, I talked a lot to Dee, who was really a good friend of mine. We tried to heal, we really did. We made our greatest effort to try to heal and get past that thing for all our sakes. I think Allen Hughes did a really good job and what she did in the Defiant Ones was perfect. She called me a few days ago to say, “Congratulations on the movie.”

HipHopDX: That makes me happy. She was definitely a pioneer for women in Hip Hop, and I thought that was really cool you guys included that. I also like that you included your mother and father in the documentary. What’s your relationship like with them today and how have they kind of helped you work through everything that you’ve experienced in this journey?

The D.O.C: Well, I’m a mama’s boy, and I love my mama. My dad and I, we finding our way, as you get older and you start to realize your own mortality, you kind of want to build those things up. Fatherhood in the Black community is an evolving thing. We’re trying to get better at it, there’s no book about the shit that they throw out there in the projects. I’m trying to get after it, but I’ve always been a mama’s kid, just like at the beginning of the documentary when you see her doting over that little baby boy — that’s our relationship in a nutshell. 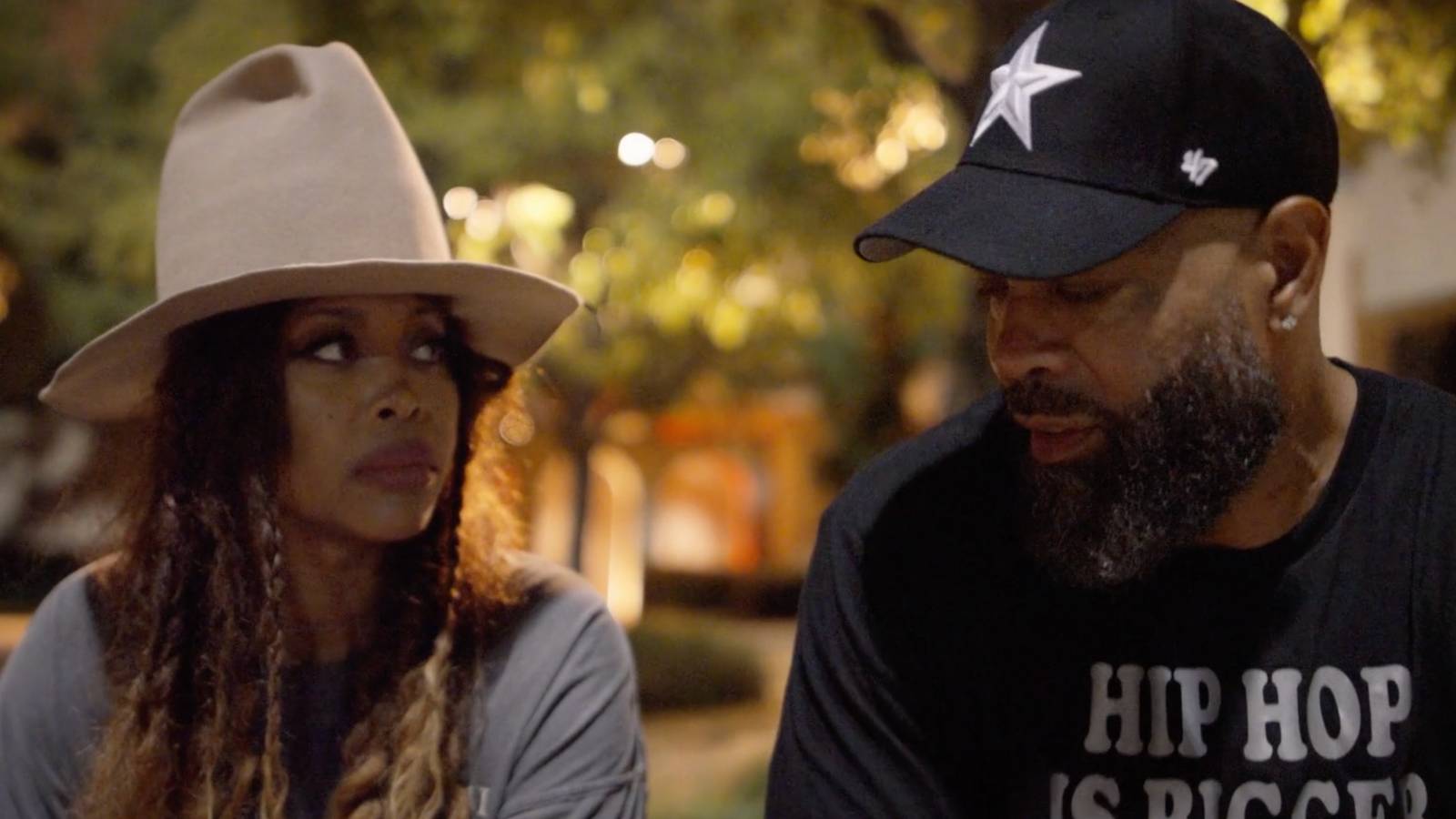 The D.O.C. Explains How His Relationship With Erykah Badu Was A Turning Point In His Life: 'I Owe Her Everything'

HipHopDX: I love that the first person you remember seeing in the hospital was your mother. Have you decided if you’re going to go through the procedure on your voice? [Editor’s note: The film includes recent doctor appointments in which he’s discussing a procedure on his vocal chords that could make his voice better or worse.]

The D.O.C: I might take Eminem’s advice and give it a couple years. I think I learned that I have sort of a different mission statement right now. Peter Johnson has opened up things to me in my life that I think I could be much more of service on this plane than rapping, you know what I mean? But who knows, I still have a desire to get it in. But I think that there are a lot more things that are really important that I could tackle first.

HipHopDX: Absolutely. Like you said, you want to be a servant and not a king anymore, and anything is possible!

The DOC premiered at the Tribeca Film Festival in New York City on Friday (June 10). A wider release date for the film has yet to be announced.