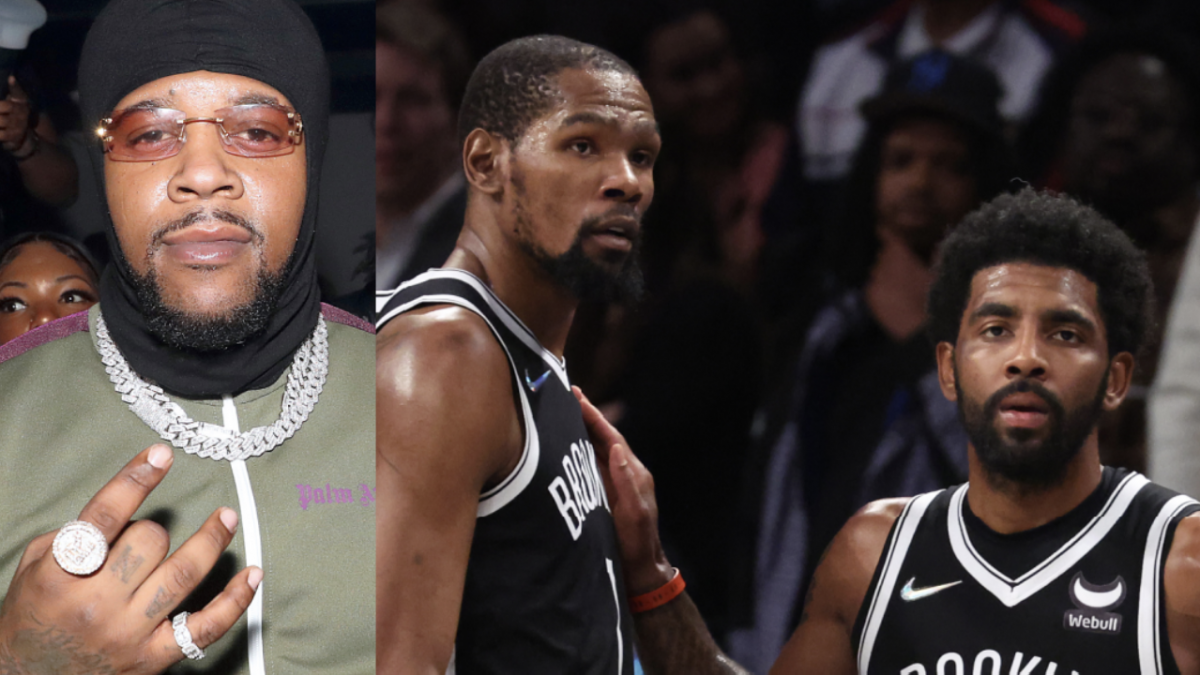 Rappers are known for being confident individuals and that braggadocios persona can lead to them being over-confident in certain situations. Rowdy Rebel took to Instagram on Friday (June 10) and issued an open challenge to any team of five that wanted to play basketball against his squad.

The Brooklyn native went a step further by tagging talented artist-hoopers like Dave East and Pardi, in addition to calling out NBA superstar teammates Kevin Durant and Kyrie Irving.

2Cool2Bl0g picked up Rowdy Rebel’s bold proclamations and fans enjoyed a nice laugh at the “Computers” rhymer in the comment section.

The Brooklyn Nets stars are yet to respond to Rebel’s challenge and it’s probably for the best for Rowdy that he never sees them on an NYC court.

On the music side, Rowdy actually has a 2015 track named after Kevin Durant.

More recently, the 30-year-old rhymer returned with his “Woo Nina” single on June 3. Watch the music video, which boasts over a million views, below.