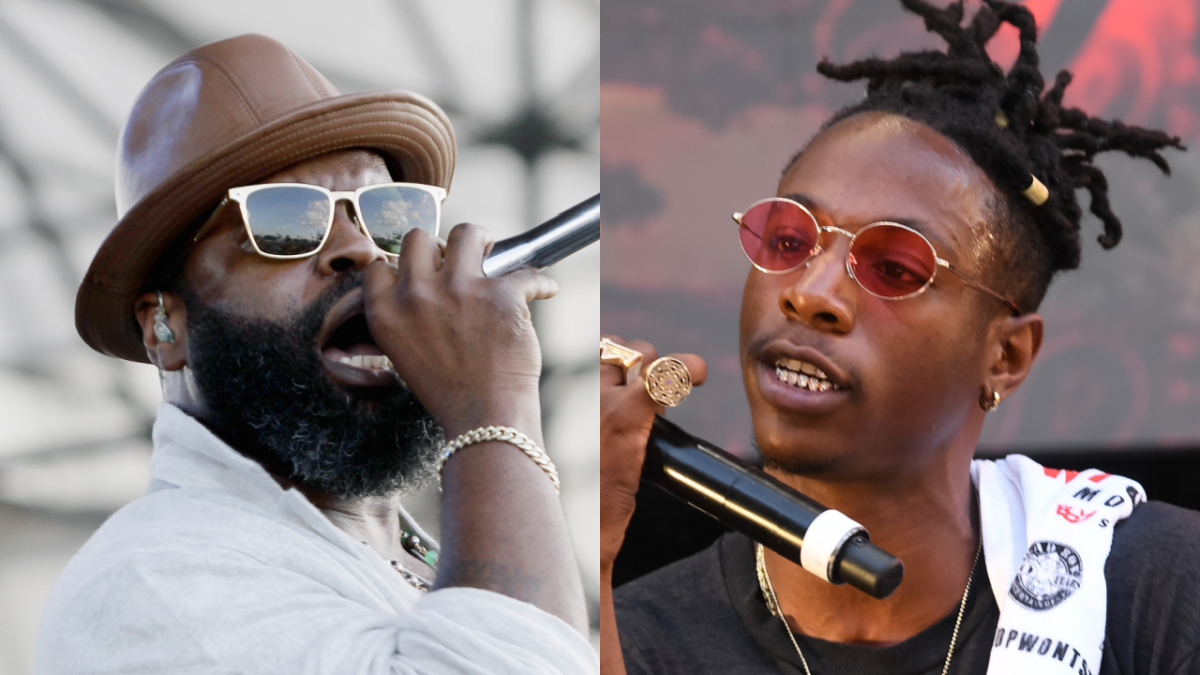 Black Thought and Danger Mouse may have left fans yearning for years before announcing their Cheat Codes album in May, but now that the project is locked in for a summer release, they’re wasting little time in rolling out the music.

Following up last month’s lead single, “No Gold Teeth,” the Philadelphia-via-White Plains duo returned on Wednesday (June 8) with yet another new track called “Because,” which finds Black Thought trading verses with Joey Bada$$ and Russ.

Backed by Mouse’s nostalgic, ’70s-sounding production and a bluesy hook from Dylan Cartlidge, The Roots legend kicks things off by detailing the harsh conditions of his South Philly stomping grounds in typically face-scrunching fashion.

“Hungry as monks, take the money and run/Sometimes simultaneously taking one of your lungs/What I mean is I’ve seen everything that’s under the sun/N-ggas below the poverty line live under the gun,” he raps.

Joey Bada$$ follows with an equally sobering trip down memory lane, reflecting on his journey from watching people get smoked in his hometown of Brooklyn to smoking Cohibas out in Costa Rica, before Russ closes out the collaboration with a slick verse touching on his parents’ “toxic” marriage and the unseen struggles of rap stardom.

“I’ve always been a big fan of Black Thought and Danger Mouse,” Joey Bada$$ said in a statement. “I think Black Thought is one of the greatest rappers ever, so when they asked me to get on this record, it was a no-brainer, plus the record is fire! I still remember the first time I heard [The Roots’] ‘You Got Me’ — the video was shot on my great-grandmother’s block and I was actually there that day when I was a child. It changed the way I looked at music.”

According to a press release, Cheat Codes is “an album untethered to any genre, era or trend — uncategorizeable and timeless. It is the sound of the pair observing their own culture and asking questions they still may not have the answers to.”

The project has been a long time in the making. Black Thought and Danger Mouse first revealed plans to work together over a decade ago, but it wasn’t until the COVID-19 pandemic that the album (which was previously titled Dangerous Thoughts) began to take shape.

“It’s a return for [Danger Mouse] to Hip Hop and to sampling in this way,” Thought told Hot 97 in 2020. “It’s a feel-good record. It’s a record for people who got into Hip Hop and sort of evolved at the same period of time that we did. We’re the elder statesmen at this point, so I feel like this record is reflective of that, too.”