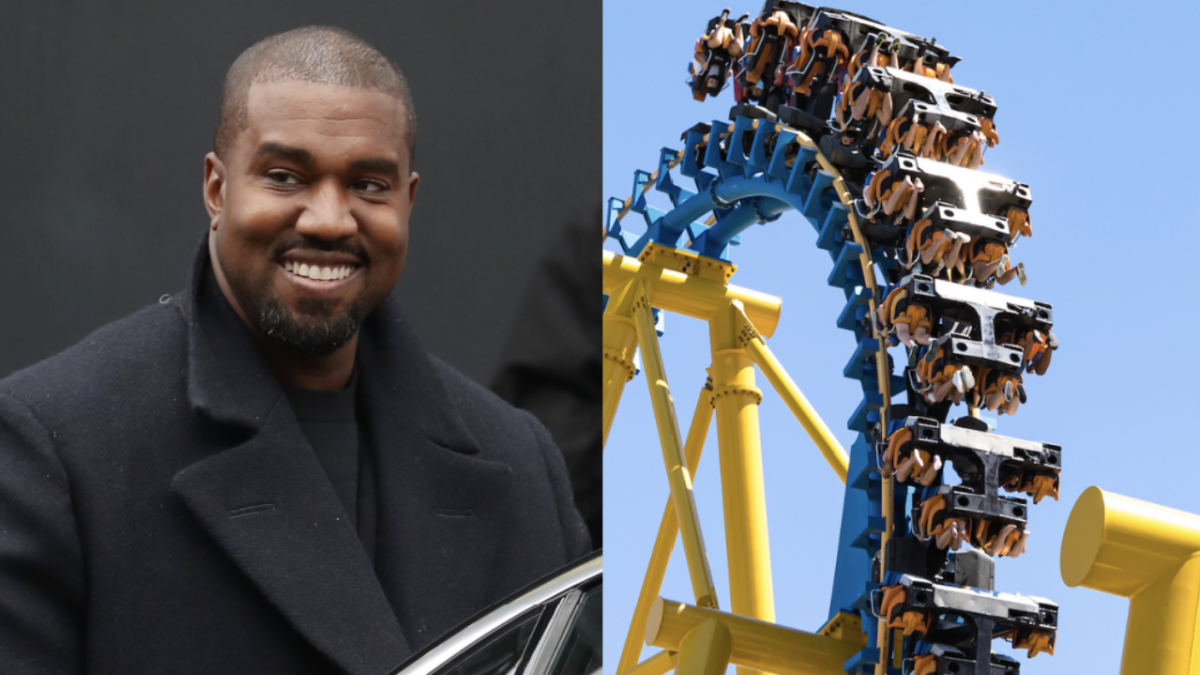 Kanye West is always in search of his next big idea. For a peek into what that might be, look no further than what he’s trademarking for future endeavors. Under his Mascotte Holdings imprint, attorney Josh Gerben uncovered 17 trademark filings made by Kanye on May 27 surrounding his Yeezus brand.

While speaking at the Cannes launch of his Cruel Summer short film in May 2012, Kanye expressed his plans to one day build amusement parks.

Nearly exactly a decade later, Kanye is finally getting the wheels spinning of turning his theme park dreams into a reality. In addition to Yeezus roller coasters, he’s filed other trademarks for NFTs — which he’s been vehemently against in the past — retail stores, toys, bags, and cosmetics.

Don’t put away those Kanye 2024 posters just yet as this filing also includes Yeezus campaign pins. All signs point to him running for president once again following an unsuccessful bid in the 2020 election.

Kanye West Scoffs At Non-Humanitarian Moves: ‘Do Not Ask Me To Do A Fucking NFT’