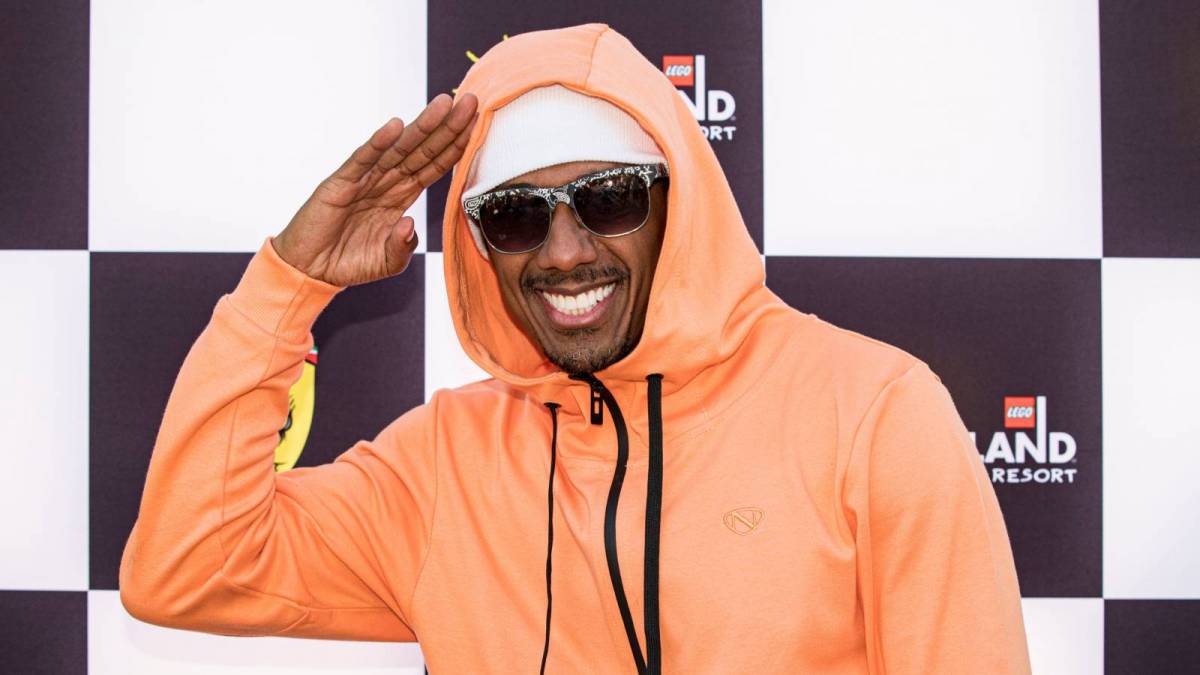 Q&A – Nick Cannon delivered Raw & B: The Explicit Tape on Friday (May 20), a collection of sultry songs that found the multi-hyphenate baring his soul — and ravenous sexual appetite. HipHopDX attended a private listening party in Los Angeles ahead of its release earlier this week and it was clear Cannon was in his element, singing along to the music and bobbing his head.

It’s a rare glimpse into Nick Cannon the artist. Too often, jokes about his personal life and growing fleet of children dominate headlines instead of all of the other endeavors he’s currently juggling. From The Masked Singer and his radio show on Power 106 (which he records every morning at 6 a.m.) to Wild ‘N Out and seemingly endless media requests, the 42-year-old is lucky if he gets four hours of sleep a night.

In a follow-up interview, Cannon opened up about the making of Raw & B: The Explicit Tape and the role his ex-wife Mariah Carey played in fine-tuning his musical ear. He also addressed the controversy over the song “Alone,” which features a sample of Carey’s 1990 single “Love Takes Time.”

Released on Valentine’s Day, the song led many to conclude Cannon was pining for her return, but he quickly shut that down. As he tells DX, it was more like an apology for the mistakes he made during their eight-year marriage. Check out Part I of the Nick Cannon conversation below.

HipHopDX: How did it feel to play the album for everyone?

Nick Cannon: It was amazing. I’m literally just talking about being able to have a body of work that kind of explains everything I’m going through. There’s so much speculation. There’s so much chitter-chatter about my life and to be able to deliver it through art is therapeutic but at the same time, it’s a good time. It’s a good space to be in. It’s a valuable time to be alive.

HipHopDX: But it also explains why you have all these babies [laughs].

Cannon: It does do that as well [laughs].

HipHopDX: I was thinking during the listening party, when you said the Raw & B: The Explicit Tape, you really meant explicit.

Cannon: Indeed, indeed. That’s exactly what it is. And again it is, I think we all have that side and are able to tap into that. I mean, we all grown, so it definitely gives you a glimpse into my world and sexual prowess, as they say.

HipHopDX: What kind of space are you in when you write that kind of material?

Cannon: I’m a fan of this style of music. I’m a fan of all of the great albums that we grew up listening to — from Keith Sweat Making It Last Forever to Confessions to 12 Play.

Cannon: Yeah. When it was that that level of music and you can even hear it in the inspiration of the songs. Everything from “Butter Love” to “Love You Better” — all of those records that just felt like baby making music [laughs]. At the end of the day, that’s what it is.

HipHopDX: One song, in particular, made a splash before the album even came out, the Mariah Carey joint “Alone.” Everyone assumed you were saying you wanted to get back together.

Cannon: I think they they didn’t listen to the record. They saw the title “Alone” and saw I posted it on Valentine’s Day and they’re like, “Oh, he wants her back.” I was like, “No, it was actually damn near an apology letter.” Listen to it. It was just like, ‘This is how she left me, alone, because I was “bad to the bone.” It was like, “Yo, I know you got a new situation. I’m just gonna fall back and staying in my lane and salute and honor everything that’s going on over there, so that’s really what the vibe was. I felt like I explained it pretty clearly on the song, but I think just the attention that it was, I think people probably put all of that on there. It wasn’t it wasn’t a take me back song, it was like, “Look, I know I messed up.”

HipHopDX: I grew up on her, so I’m sure there were a lot of people who were rooting for you guys to get back together.

Cannon: We will always be together in that sense because, you know, she was my wife, and we had beautiful children together. I’m always the biggest Mariah Carey fan in the world, just from the songs, how I respect her as an artist and all that she’s taught me. I feel like that somebody who’s gonna be one of my best friends for the rest of my life.

HipHopDX: It seems like you guys are in a good spot.

Cannon: We still have a great time. We have family functions and I’ll be sitting at the piano and she’s singing. It’s always gonna be that.

HipHopDX: What was the biggest lesson, music-wise, you took away from her?

Cannon: She’s a perfectionist in in the way she honors music, the way she honors the process. You ever noticed you ain’t never heard a Mariah Carey song leak? You’ve never heard that happening, like she protects and make sure that before to public hears that it’s perfect. She’s an architect when it comes to putting a song out. She makes sure every word is perfect, she makes sure every harmony and melody … like she’s a perfectionist and I felt like it definitely enhanced and improved my ear and my song quality. I’m like, “Yeah, it can’t go out the studio until you sound like a Mariah song.”

Cannon: One of my favorite producers is Jermaine Dupri like that’s how you do it. The mix gotta be perfect. Watching them They did “We Belong Together,” the song of the decade. Those records produced by JD are perfection; they’re classics. There’s no way those records can be even any better than they are, and that’s because they took the time on it. They are actually detailed, skilled architects when it comes to that.

HipHopDX: How long did it take you to make the mixtape?

Cannon: I feel like I’ve been making it for years. Like that Mariah record “Alone” — I wrote that when I was in Dubai making a film in 2018, it didn’t see the light of day to almost four years later. I wrote it down, probably recorded it a few months later, mixed it. I sat on it for a while and wondered what I was gonna do with it, because I wasn’t always planning to put out a mixtape. That was just really how I was feeling when I wrote it. I had even played it for her and all that type of stuff so. I’ve been sitting on it for awhile.

HipHopDX: That’s some grown man shit, though. The fact you were able to apologize and take accountability for some of the mistakes you made, that’s a big sign of growth. What did she think when you played her the record?

Cannon: She’s always been supportive, but I mean, she’s Mariah Carey. I don’t even know if I played the entire record. It was more like, “Yo, this what I’m working on. This is the idea that I got. It’s one of those things you’ll just have playing in the background to see how people respond to it. I definitely didn’t sit her down and was like, “Hey, I want you to listen to this.” I don’t have that level of arrogance,

HipHopDX:  I’m glad you said that actually. That’s one thing I’ve noticed about you. Even with all of your success and everything you’ve accomplished, you seem so down-to-earth and humble. I don’t ever get that arrogant vibe from you. How do you think you maintain that in Hollywood? 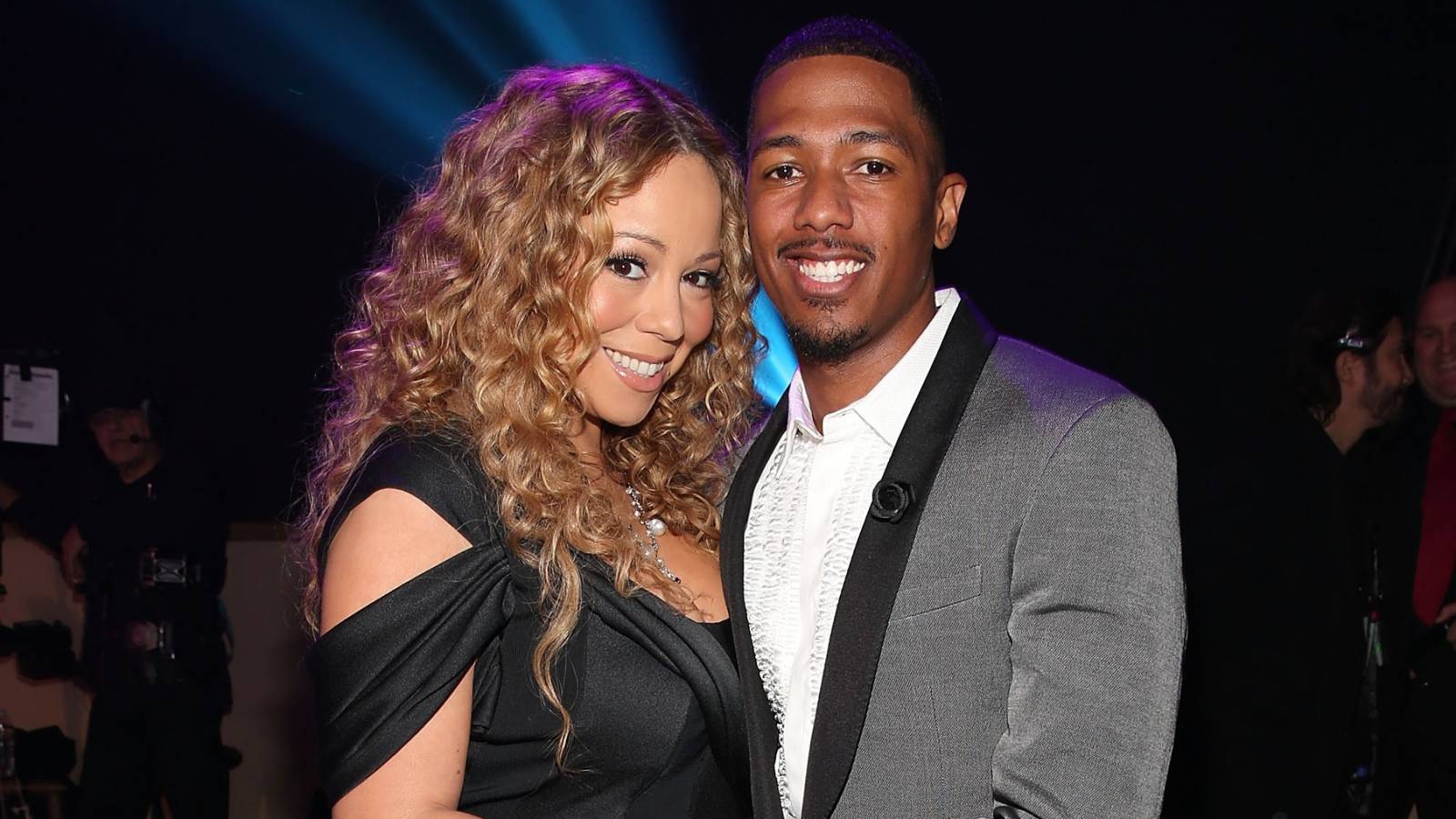 Cannon: I like people. I remember why I want to do this, like I’m a people pleaser. I like to make people happy and smile, and you got to be down-to-earth in order to do that. To be able to relate and bring joy to people, you got to be able to connect with them, and I think sometimes people get on their high horse or they forget why they really wanted to be artists or entertainers at its core. It’s like, you want to make people happy, you want to make people smile, and I just always hold on to that.

I’m also very grateful for the opportunity and the privilege. I remember how bad I wanted to be able to be in this space and be in a room and have people respect and know me and embrace whatever it is I have to offer — whether it’s comedy or music, movies, whatever it’s like this is what I always wanted, so how can I not be joyful when I’m interacting with people? I think we tend to forget that sometimes as entertainers and artists.

Check back with HipHopDX soon for Part II of the Nick Cannon interview and find the Raw & B: The Explicit Tape above.