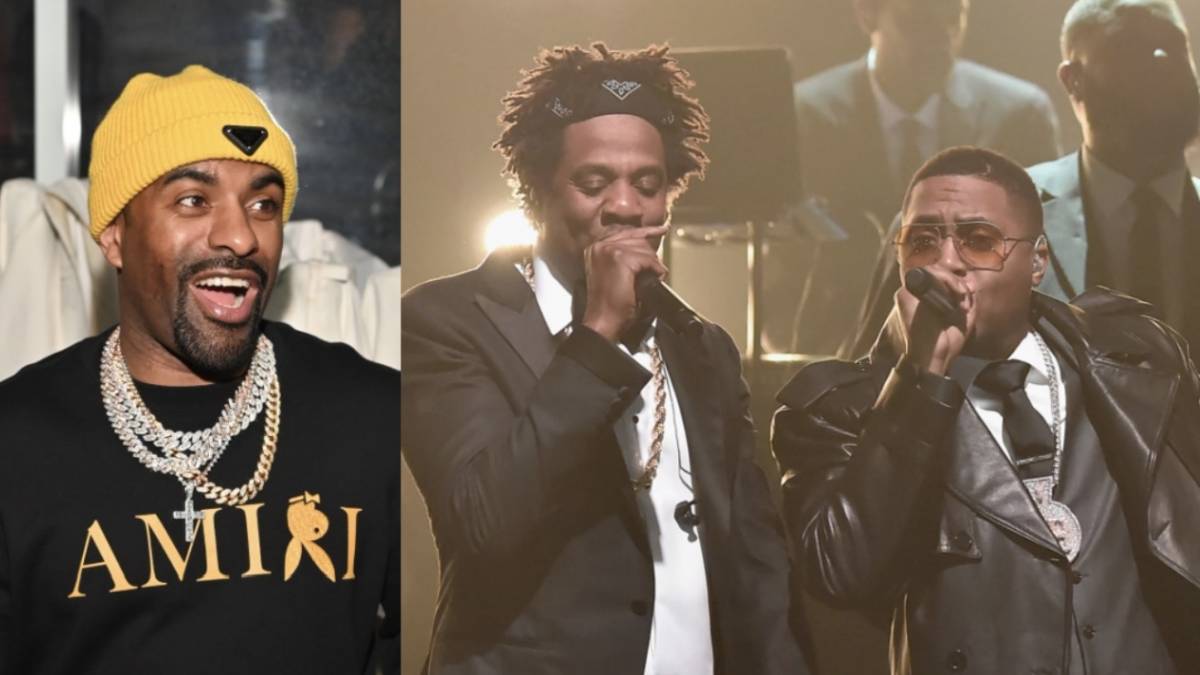 The historic beef between JAY-Z and Nas changed the landscape of Hip Hop forever. The battle produced several memorable moments, such as Nasty Nas dropping his vile “Ether” diss track on his 2001 album Stillmatic.

JAY-Z responded with “Supa Ugly,” which many felt went too far as Hov claimed he had an affair with Nas’ girlfriend at the time. The beef raged on until the New York rap legends buried the hatchet in 2005. However, according to DJ Clue, there’s even more to the “Supa Ugly” story that involves Murder Inc. founder Irv Gotti.

During a recent appearance on Math Hoffa’s My Expert Opinion podcast, Clue recounted the whole situation, starting with the admission that he didn’t know Nas was targeting JAY-Z on his 2000 freestyle “Eye 4 An Eye.”

“I didn’t even realize what he was saying on there until way, way after,” Clue said in the clip. “I didn’t even realize that he was throwing shots because you know n-ggas don’t say names. That was the ‘Eye 4 An Eye’ freestyle, Hov never even mentioned it to me to be honest with you. But that’s where [Nas] started throwing shots. It kind of went over my head at the time.”

The legendary mixtape DJ then shouted out the late DJ Kay Slay for being the first to play “Ether.” After the shoutout, DJ Clue went into how Irv Gotti got involved in the whole beef.

Hoffa suggested the “fix was in” because Irv is from Queens, New York, — Nas’ hometown. DJ Clue replied, “I mean, I don’t know.” Clue was then asked by Hoffa who started the beef.

“I don’t… Listen, you’d have to tell me what song Hov started it with,” he said. “I don’t remember. I remember when Nas said, ‘You wanna be God fucking with Nas.’ When I heard that shit after the fact, I’m like, ‘Oh shit, that was a shot!'”

Clue also pointed out that JAY-Z began referring to himself as the “God MC” even more around this time. Hoffa asked the 47-year-old if Nas was the one who started the beef, but he wasn’t sure if that was the case.

There’s very little on the internet regarding Irv Gotti making the Roc Nation boss change his lyrics on “Supa Ugly,” but there is a VladTV interview from 2019 where the music executive spoke about the making of JAY-Z’s “Ether” response.

“We never thought that they was gonna take ‘Supa Ugly’ and ‘Ether’ and compare them,” Irv said. “It was some rap battle shit — you know how you rhyme off somebody’s beat. So I put it together and he shitted, and we didn’t think nothing of it. We didn’t understand how big it was. Like if y’all wanted to play two records, you should play ‘Ether’ and the ‘Takeover!'”

Gotti also spoke about briefly signing Nas to Murder Inc. and recording “The Pledge” in 2002. According to Irv, it “fucked up” his relationship with JAY-Z and is one of his two biggest regrets in music.