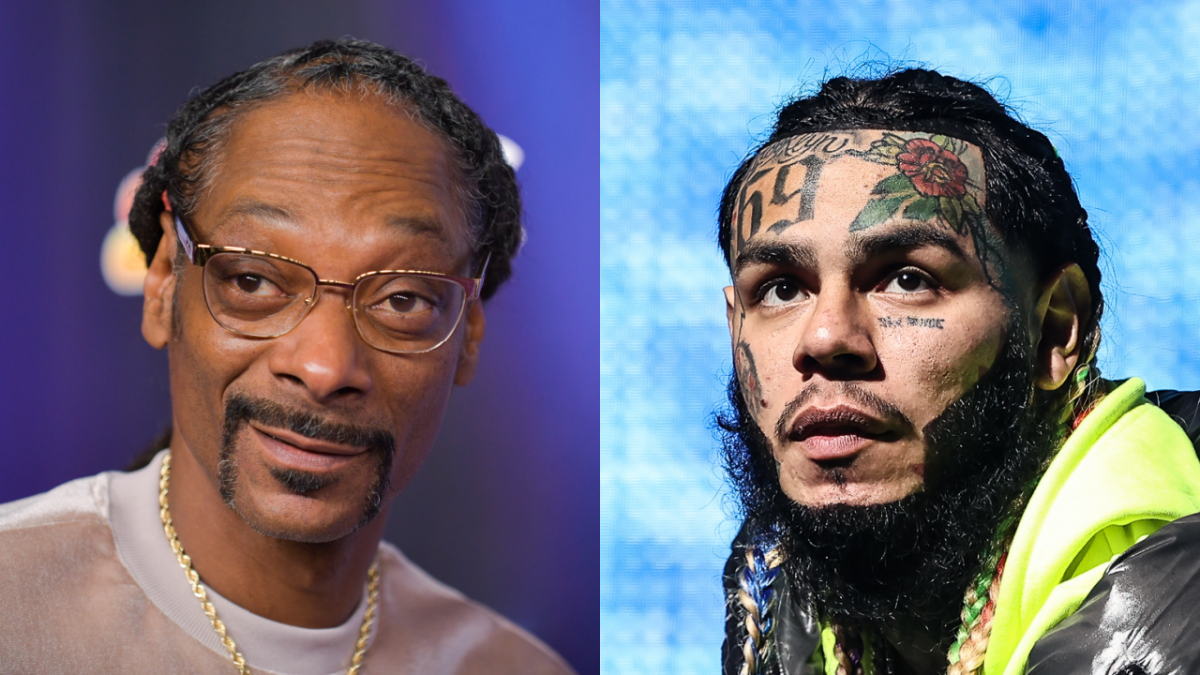 Snoop Dogg isn’t the type of person to shy away from cracking jokes on his rap peers. His latest victim was 6ix9ine, and given their history, Tha Doggfather wasn’t going to let up on the Brooklyn rapper.

During the latest episode of his new Peacock series It’s So Dumb It’s Criminal, Snoop used 6ix9ine’s name for an award he was giving out to a special someone that snitched on a relative who committed a crime.

“It wouldn’t be the American Witness Awards without someone ratting out a relative,” he said during the episode. “Here’s the winner of the Tekashi69 Memorial Snitch Award, talking about a string of house fires.”

Special guests Deon Cole and Ron Funches could hardly contain their laughter when Snoop announced the name of the award.

The recipient of the award was an Ohio woman who told a news reporter her cousin set her home on fire because he couldn’t have an intimate relationship with her. Uncle Snoop and his guests were baffled by the messy situation.

It’s no secret that Snoop Dogg isn’t a fan of 6ix9ine as he’s dissed him several times over the years. Their issues began after the rainbow-haired rapper posted a video of himself watching a documentary where Suge Knight implies Snoop was once an informant.

6ix9ine continued his trolling by dissing Snoop’s age, leading the West Coast legend to clap back at the self-proclaimed King of New York.

“Last time you said something, I didn’t have time,” Snoop warned on Instagram. “But today, I got time. You better get the fuck off my line, nigga. Rat boy, you really better leave me alone. I ain’t the one. No way. Go on and do yo’ shit and get out my way, bitch. You funky dog-head, rainbow-head, dog-head bitch. Yeah, you. Better leave the Dogg alone. Go find you a cat. Tom and Jerry shit. Fuck with the Dogg, nothing nice, bitch. Rat boy.”