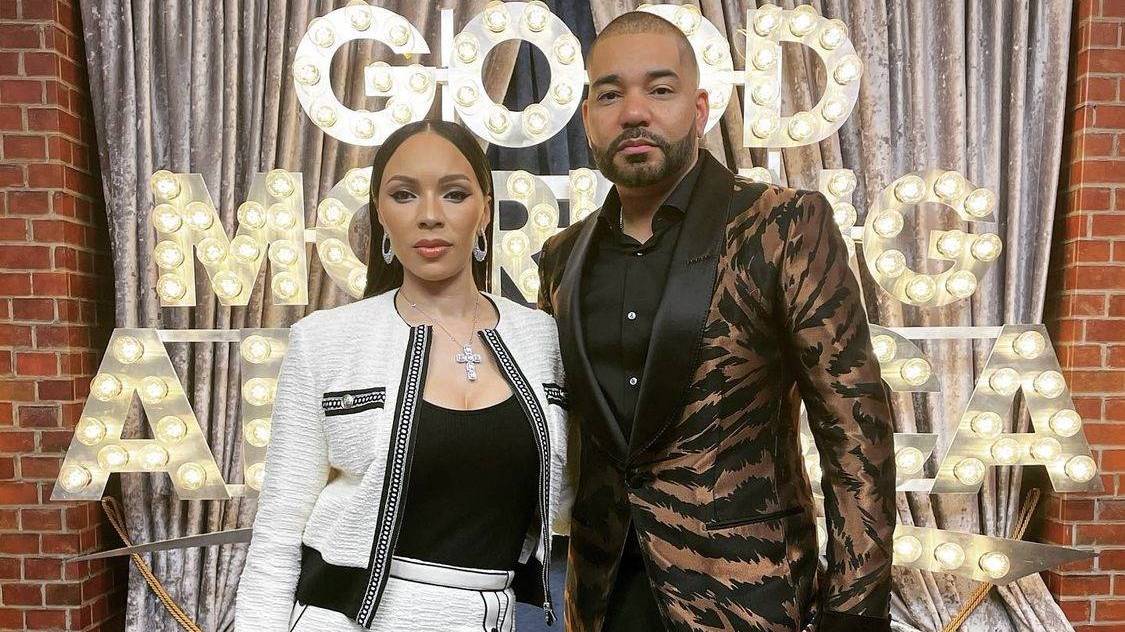 Exclusive – In the days of social media, where things happen quickly and people barely have time for real relationships, RaaShaun “DJ Envy” Casey and Gia Casey have been able to triumph through many moments that almost broke them. With 20 years of marriage and counting, growing celebrity status, a devastating (and very public) cheating scandal and births of six children, the Caseys still view each other as the person they both need and still want.

In anticipation for the release of the couple’s new book Real Life, Real Love: Lessons on Joy, Pain and The Magic That Held Us Together, The Casey Crew Podcast duo spoke with HipHopDX to discuss the touchiest chapters of their lives, from teenage traumas to infidelities and parenthood.

DJ Envy, of the nationally syndicated radio show The Breakfast Club, has been transparent about some of the public scandals that he and wife Gia have dealt with.  Although the couple decided to keep certain parts of their life out of this particular book, they did make it clear some situations were simply too touchy to speak on because of legal issues.

“There was a section of the book that we wrote and for legal reasons, we had to take it out,” Gia told DX. “I’ll just suffice it to say that it was an incident that RaaShaun went through where he was robbed.”

Further on in the conversation the Caseys did touch on sensitive subjects, including the time Gia was slashed in the face by a group of girls in a New York City McDonald’s because of the color of her skin. DJ Envy said during those times in the relationship, there was a great deal of regret for not being there to protect her.

“When I walked into the McDonald’s, like RaaShaun said, there was a group of five girls and two boys that were sitting there.” Gia explained. “And as soon as I walked in, it was the racial epithets and insults regarding my complexion and then an argument happened. We were all kicked out by McDonald’s security and people in the restaurant were just livid that I was being kicked out along with the group. It was a disturbance, so they kicked everyone out.”

“Once we got outside, the police were called and forced us to go our separate ways. I was grateful. Once I went my separate way and the police disappeared, they circled back and followed us. Long story short, I was attacked. My face was slashed twice with a razor blade and my inner right thigh was also slashed.”

She added, “So I have about maybe 70 stitches in my face and yet another 70 on my thigh. The girls were subsequently apprehended. The one that cut me went to trial and she served five to 15. The other four were all caught. They all served community service and were put on probation.” 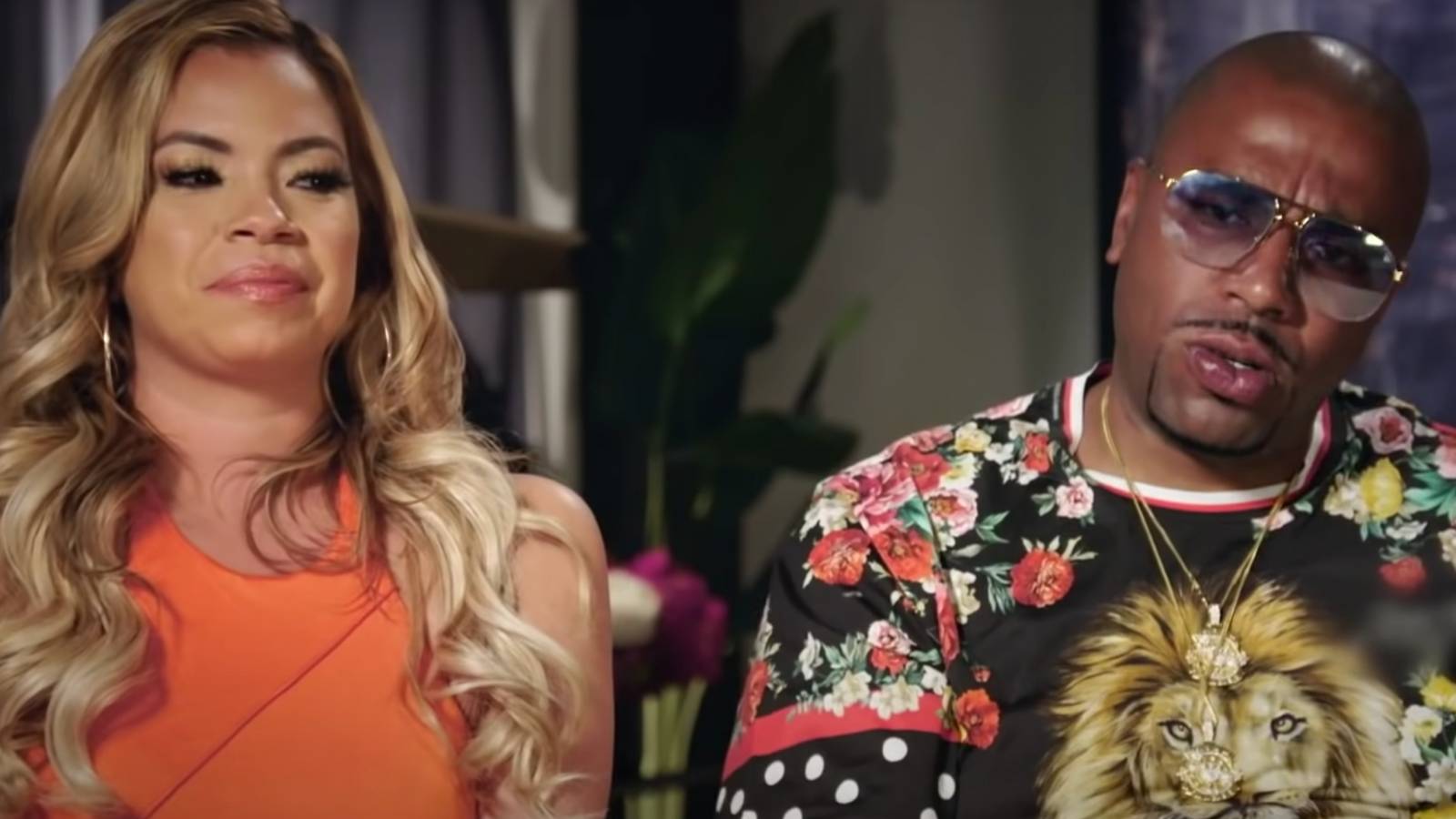 DJ Envy shared he was very protective of Gia early in their relationship. Although Gia made it clear she never blamed him for what had happened to her, Envy still expressed how regretful he had been for not being able to be with her on that dreadful day.

“I did feel guilty,” Envy revealed. “I would drive her home every day. That was my girl. One day my friend asked if I could fill in for him at work and I said, ‘OK, no problem.’ So I set it up for a  friend of mine to take Gia home, but we also had a half day that day so he still had to wait to run at track practice. Gia didn’t want to wait a couple hours and was like, I’ll just take the bus home. She took the bus to Jamaica Avenue and went to McDonald’s like everybody else to get a number two meal, which was a $3.24 with tax.”

“One thing about me, and I think Gia and the world knows this, sometimes I want revenge. The revenge can be in many different ways. I want you to feel some type of pain for what you did, but yes, I did feel guilty and the reason I felt guilty is because I wasn’t there. I never talk about the story. That’s the only part of the book I didn’t read because I don’t like to relive it.”

Gia also mentioned she intentionally put the photo of her everlasting scar in the book for readers to get the true gist of the trauma she went through.

The gruesome event Gia experienced and Envy’s past feelings of having to be protective pours into how they choose to raise their kids today. The duo share six children ranging from ages of infancy to young adult.

“I am too controlling,” Envy said. “My daughter is 20 years old. She lives in Manhattan, so it’s not like it’s a college campus. She’s in the city. So I’m very controlling and same thing with my son. I have a tracker cellphone device that tracks when he drives. I can see where he’s going and how fast he’s going. I can see how aggressive he is and if he’s wearing a seatbelt.”

Gia added, “The interesting part of that is she initiated that form of control. She’s the one that told us about the app and downloaded it on both of our phones because she wanted us to know where she was at all time. We’re extraordinarily close with our children and have always been – especially me because I’m the one that my kids will tell a hundred percent of everything too. They might filter out a few things for their dad. it’s just a beautiful relationship that we have with our kids because we deliberately and intentionally created it.”

So much more was touched on in the 30-minute interview, from certain legal issues that couldn’t be mentioned to past infidelities that caused the couple public scrutiny. However, with 20 years of marriage and counting, the two have found a way to help heal each other and share guidance for other couples looking to last a lifetime. Real Life, Real Love: Lessons on Joy, Pain & the Magic That Hold Us Together  is available now on all book streaming platforms.