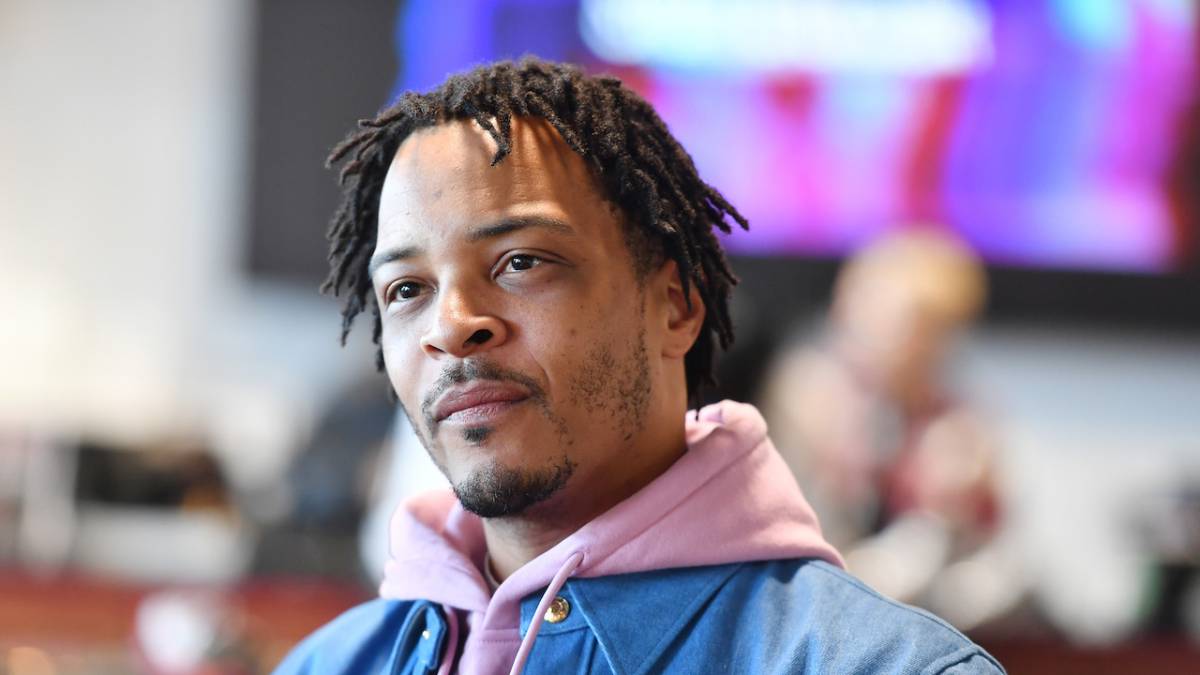 As T.I. continues to build his résumé as a stand-up comic, he seems to be perpetually swept up in viral moments. On Saturday (April 9), T.I. appeared at the April Fools Comedy Jam in Brooklyn at the Barclays Center alongside a heavy-hitting lineup of comedians such as Nick Cannon, HaHa Davis, Eddie Griffin, B. Simone, Michael Blackson and more alongside musical performances by Moneybagg Yo, Lil Kim and DJ Envy.

Multiple clips began circulating on social media in the hours following the event featuring T.I. on the receiving end of hecklers and boos from the crowd as he attempted to show off his comedic chops on stage. In a video trending on Twitter, Tip appears to concede with the crowds roaring disapproval with his joke about bedding the mother of one of his opps and signs off before explaining he has about one last album left in him before calling it quits.

“Well god damn,” T.I. says in the video. “I’m gone tell y’all muthafuckin’ ass like this. You got one more muthafuckin’ album out of me. It’s called ‘Kill The King’ for muthafuckas like you. And I appreciate y’all because you make me the absolute best n-gga. New York has made me the muthafuckin’ best.”

Damn T.I. just got booed at his stand up comedy show in Brooklyn, NY ?? pic.twitter.com/P8YVb3oyDg

Both Nelly and Tank hopped in the comment section of a post from The Shade Room and expressed their belief T.I. handled the situation like a real professional despite his fairly new status as a stand-up comic.

“Tell me what comedian hasn’t got booed?” Nelly wrote. “Apart of earning ya stripes. that’s a part of entertainment. period. Tank also gave T.I. a vote of confidence while offering a possible hybrid formula for his sets to help successfully win over a crowd.

“Those kinds of crowds wanna hear you do what they know you for,” he wrote. “He has to build a set that involves his music and comedy. He’ll be fine. Speaking from experience.”

Though T.I. has only started seriously pursuing a career in comedy this year, he has already had his skills co-signed by the likes of prominent names, including former heavyweight boxing champion Mike Tyson, who attended one of the Atlanta rapper’s stand-up sets at the world-famous Laugh Factory in West Hollywood, California last month.

T.I. and Michael Blackson spoke on Instagram live following the event and Tip explained how he embraced the experience wholeheartedly with no regrets.

Watch their conversation in full below.