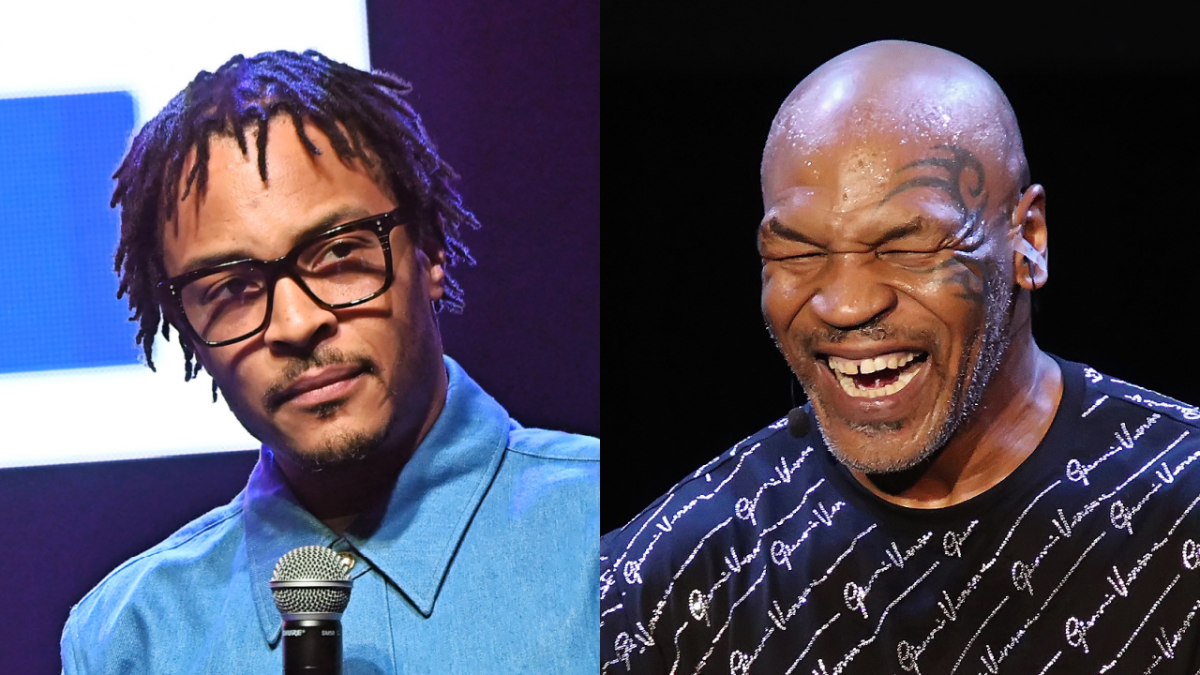 Even during his reign as the self-proclaimed “King of the South,” T.I. never limited himself to just rapping. From TV and movies to property and clothing, the Grand Hustle general has always embodied the ethos of his record label.

These days, T.I. continues to branch out and has found his latest calling in the world of stand-up comedy. Tip’s comedy ambitions first came to public knowledge in January when footage of him trying out a routine on stage at a comedy club made the rounds online.

Since then, the Atlanta native’s unlikely comedy career has been going from strength to strength, with a recent gig at the famous Laugh Factory in West Hollywood, California leaving the crowd in hysterics.

Now, T.I. can count a sports legend among his growing army of comedy fans. On Saturday (March 19), the 41-year-old rapper took to Instagram to share photos of him hanging out with boxing great Mike Tyson at The Laugh Factory in West Hollywood.

Like any good comedian, Tip made sure to crack a joke about his special guest in the caption, referencing Tyson’s new “Mike Bites” ear-shaped edibles that are inspired by his infamous fight with boxing opponent Evander Holyfield.

“My Patna @miketyson pulled up on me tonight @laughfactoryhw to check out my set,” he wrote. “slide 2 I’m asking him if [Evander] Holyfield was all ears when he told him bout his new edibles. Maaaaan We kicked sh*t & [P]ushed [P] All night!!”

Of course, Mike Tyson is no stranger to stand-up comedy himself. In 2013 he delivered Undisputed Truth, a one-man show in which he reflected on his storied life and career with often humorous takes. The TV special was directed by Spike Lee.

T.I. inevitably jumped on Instagram Live and clapped back at Godfrey. “You said in your little interview that he’s not a comedian and had you taken the time to come to the stage … you would have heard in my set I said ‘I am not a comedian, I’m a superstar,” he responded. “There’s a difference.”

T.K. Kirkland also weighed in on T.I.’s stand-up ambitions, predicting he’ll make a killing on the comedy circuit regardless of whether he’s actually any good.

“Right now, he could probably make a million, two million dollars this year and not even be good,” he told VladTV. “His fan base in the rap world will come see him do standup and support him … Life’s not fair.”

The even takes place on April 9, with live musical performances from Lil Kim and Moneybagg Yo.