Cleveland, OH – Hip Hop legends Eminem and A Tribe Called Quest were named among the 2022 Rock and Roll Hall of Fame nominees earlier this month. According to an Instagram post from the Rock Hall, Eminem is already crushing the fan voting ballot.

On Tuesday (February 8), the prestigious organization revealed the current standings. Slim Shady is leading the charge by a good margin, while Duran Duran, Pat Benatar, Dolly Parton and the Eurythmics round out the Top 5.

“We’ve officially hit one freaking million fan votes,” the caption reads. “@eminem, @duranduran, @benatargiraldo, @dollyparton and @eurythmicsmusic round out the current top five- with @lionelrichie in a close 6th. But there’s lots of time left, so continue to vote daily from the Fan Vote in bio.”

A post shared by Rock & Roll Hall of Fame (@rockhall)

According to WKYC in Cleveland, Eminem has pulled in 152,437 votes as of Wednesday (February 9), while A Tribe Called Quest has collected 42,894 votes. 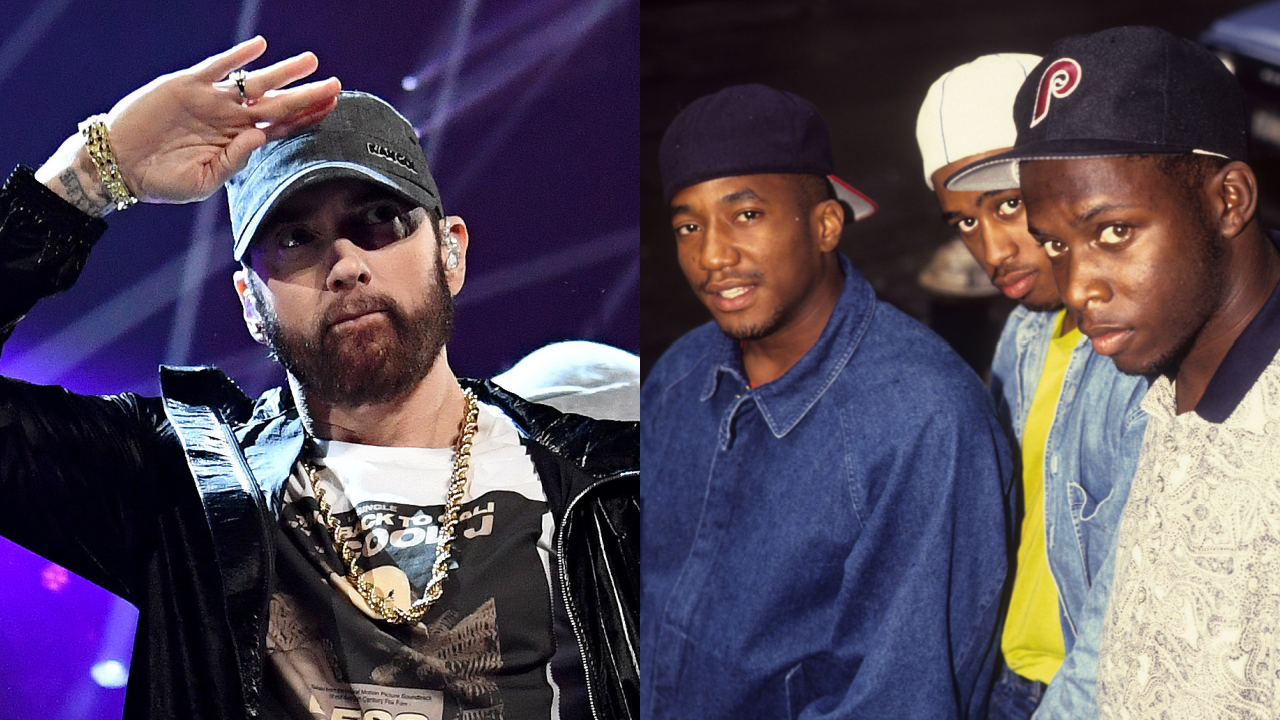 As he wrote in a recent Instagram post, “Oh yea. It’s on….I know for a fact that LL Cool J went out of his way to help get my bro inducted. His word and opinion is law in my world. N-ggas in them Clubhouse rooms ol say it was the ‘Powers that Be.’ If y’all old n-ggas believe that dumb shit, tell them to make another one.

“A backpack battle rapper turned Icon slash producer slash movie star …. Never used the culture as a stepping stone to cross over into Rock…. Culture from head to toe… A1 since day one… You’ll never see this again in music… EVER… One of One… None to come.”

Fans can vote on the Class of 2022 nominees here as part of a single “fan ballot” that gets tallied along with a voter pool of more than 1,000 artists, historians, journalists and music industry professionals.

The winners — between five and seven acts — will be announced in May before they’re officially inducted into the Rock Hall in the fall.