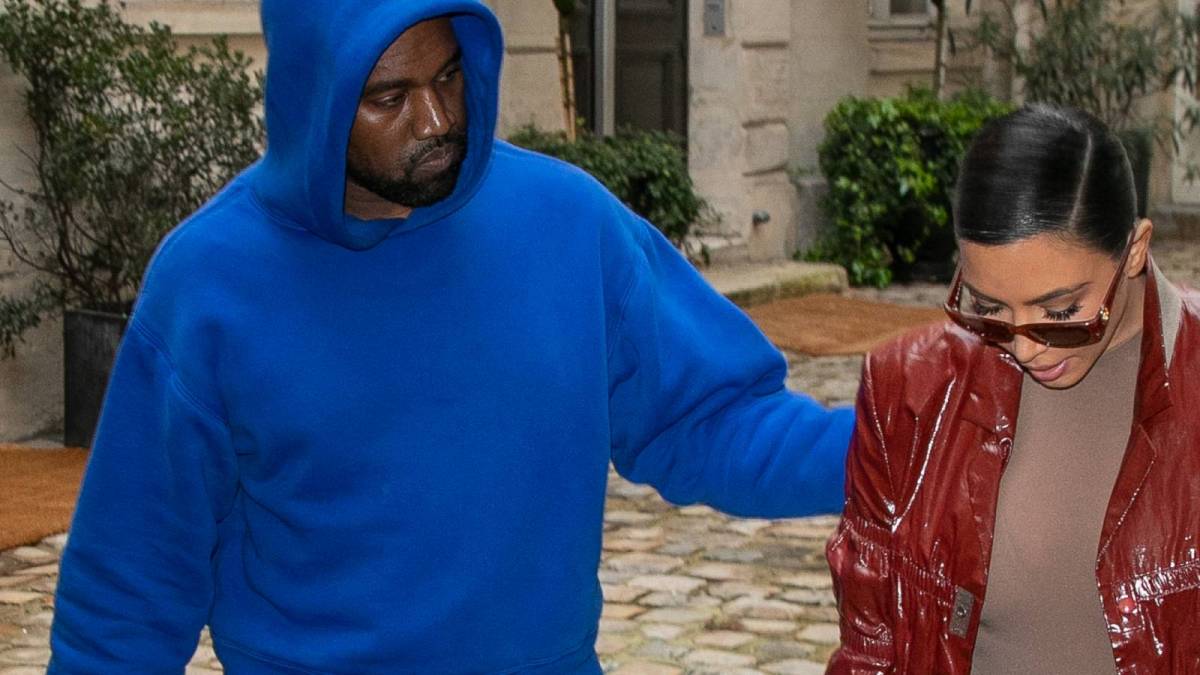 Kanye West is still hoping to woo estranged wife Kim Kardashian back into his arms despite a public romance with Uncut Gems actress Julia Fox. As Kanye made his way though the Los Angeles International Airport security checkpoint on Tuesday (February 8), the YEEZY ambassador was clearly thinking about his family.

Taking to Instagram, Ye shared a series of photos from a Vogue photo shoot starring Kardashian and three of their children — North, Chicago and Saint — and wrote in the caption, “GOD PLEASE BRING OUR FAMILY BACK TOGETHER.”

The post comes hours after Saturday Night Live actor Pete Davidson publicly referred to Kim Kardashian as his “girlfriend” for the first time. The two celebrities met last October when the SKIMS mogul was tasked with hosting the long-running sketch comedy show. They’ve been photographed on numerous outings since as Kanye continued to step out with Fox.

Kardashian, who filed for divorce from Kanye West in February 2021, talked about the split during the Vogue interview and explained what finally solidified her decision.

“For so long, I did what made other people happy, and I think in the last two years I decided, I’m going to make myself happy,” she said. “And that feels really good. And even if that created changes and caused my divorce, I think it’s important to be honest with yourself about what really makes you happy. I’ve chosen myself. I think it’s OK to choose you.”

Kanye West Won't Be Getting A Second Chance With Kim Kardashian

Kanye has been particularly critical of Kardashian over the last couple of weeks. After claiming the reality television star “kidnapped” their daughter Chicago and wouldn’t allow him to attend her fourth birthday party, he seemingly flew off the handle and suggested his children were being kept away from him.

He also alleged Kardashian accused him of “putting a hit” on her and said they believed he was on drugs. As for Kardashian, it doesn’t seem she has any plans to reconcile with Kanye and, in fact, has already filed paperwork asking a judge to declare her legally single.