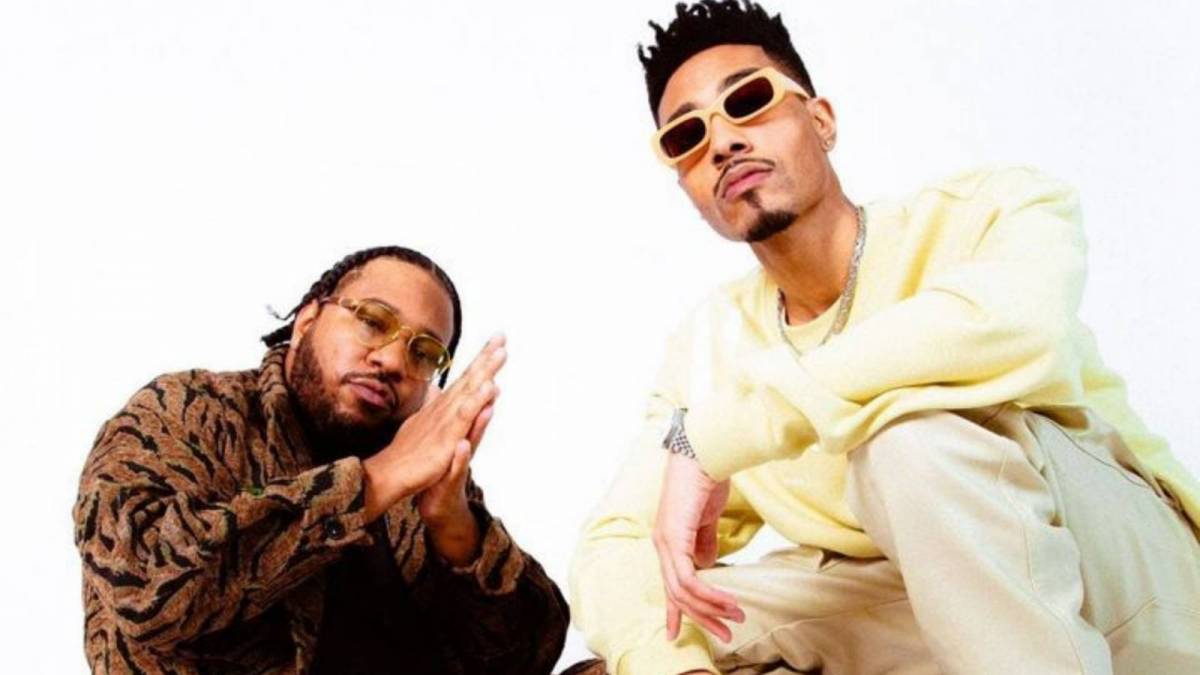 The Cool Kids are gearing up to release a new project for the first time since their 2020 album Volumes. On Friday (February 4), Chuck Inglish and Sir Michael Rocks performed a medley of both their early hits (“Black Mags”) and newer material (the KEY!-featuring “Hibachi’) as a part of their appearance on the Kid Cudi-backed augmented reality live streaming app Encore.

During their exclusive stream, the pair of seasoned artists/producers virtually touched base with hundreds of their die-hard fans and gave detailed updates about their upcoming album Before Shit Got Weird. To start, Sir Mikey explained the structure of the release, which has already spawned three singles, including the Larry June-assisted “All Or Nothing.”

“It is a triple album,” Sir Michael Rocks said in part. “So from him [Chuck Inglish] a solo from myself and the group [The Cool Kids] album as well. So that is three albums all coming out, man.”

Chuck Inglish proceeded to expand, revealing the motivation behind the triple album release was to enhance the experience for fans rather than just dropping off a deluxe project.

“I wanted to give an album a little bit more of an experience than just, you know, a Thursday night, 16 songs, you know, nothing else comes with it.” he explained. “Somebody gonna drop a deluxe with two extra songs, that doesn’t catch my attention.”

The Detroit native also spoke about the lucid source of inspiration he tapped into throughout the process of producing the album — which he says took about two weeks.

“Everything is produced by me,” Inglish added. “Someone asked, ‘What’s the album sound like?’ It sounds how we started it, on acid, right? That’s how this album started. The motivation behind it is I think we found our globe by thinking the world was gone end in March of 2020. I didn’t think we would ever tour in, so I didn’t have no direction for when I was making stuff. I just wanted to make stuff again and it’d be fun. And I had some gnarly ass acid. And, we took a lot of it in the desert and all of these beats was made two weeks.”

Since Kid Cudi co-founded Encore in 2020 with Ian Edelman, who he worked with on HBO’s How To Make It In America, the virtual reality app has pressed forward with producing concerts in the metaverse and hosted performances by artists such as Bay Area rap legend Too $hort and Columbia Records signee SSGKobe.

Just over a week ago, Chuck Inglish told HipHopDX his intentions for The Cool Kids new album lies in his appreciation for multiple eras of Hip Hop.

“I hope this one spreads like wildfire,” he said in part. “If you ever liked rap music for something, this has got all the elements that brought me to it. The reverse drums is always a classic Hip Hop staple. I wanted to give the same emotion and reaction that I had to certain Hip Hop songs that completely made me a different human being after I listened to them. I called it ‘It’s Yours Pt. 2’ influenced by Wu-Tang’s version off the Wu-Tang Forever album — not a sonic influence but an energetic influence.”

Revisit The Cool Kids’ latest single “It’s Yours, Pt. 2” below.