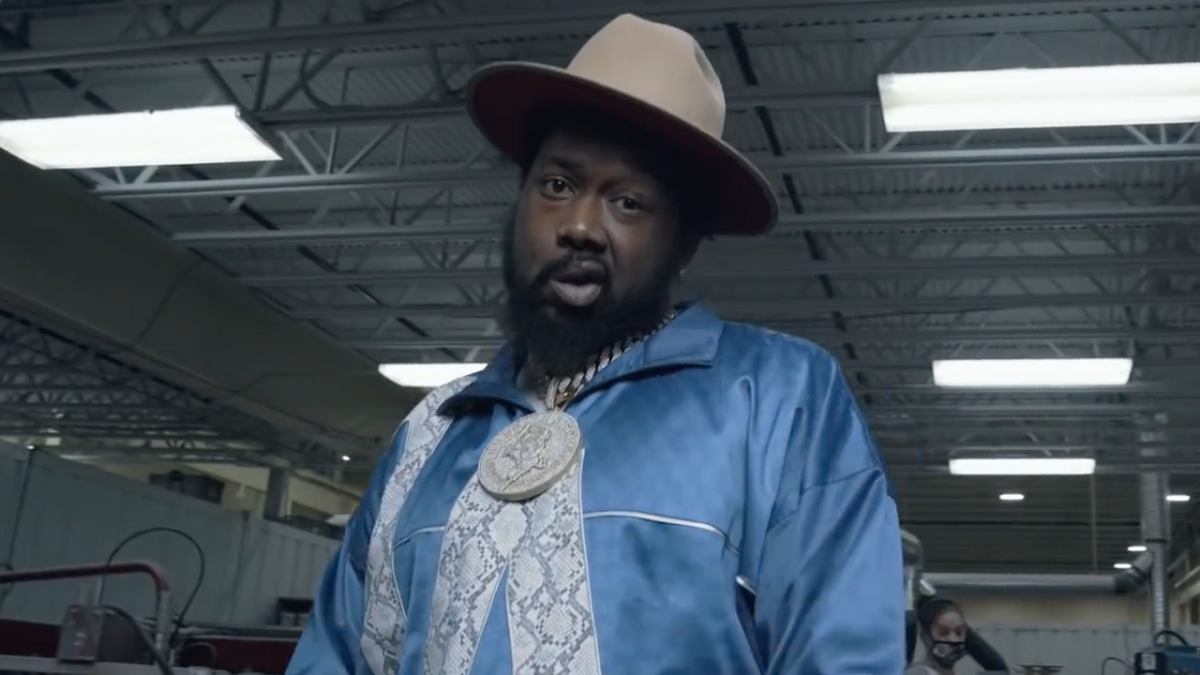 Conway The Machine is set to release his debut Shady Records album God Don’t Make Mistakes on February 25, but that’s not stopping him from taking time out to spit some freestyles.

After rapping over Kanye West’s “Jail” last week, the Griselda rapper has now decided to lay down bars over his “Devil in a New Dress” instrumental. On the track, Conway The Machine salutes JAY-Z (“Jigga told me, ‘Don’t worry, n-gga, I got you'”), Kanye (“Got me Grammy-nominated, I was on Donda, n-gga, Kanye my partner”) and the late Kobe Bryant (“Recorded this two years from the day we lost Mamba/May he rest in peace”).

Content curator Riki P. posted the video on Instagram with the caption, “@whoisconway wasn’t done feeding the internets. RIP Combat Jack. There’s something about #Ye’s ‘Devil In A New Dress’ that makes you want to deliver BARS!!!”

Riki P. previously said a mixtape was dropping before the album, writing, “If I heard clearly, La Maquina is dropping a teaser (guessing a mixtape) before the release of ‘God Don’t Make Mistakes’ on February 25th 2022. I won’t leak anything else but at least you get a taste of what’s to come.”

Conway The Machine officially announced the release date for God Don’t Make Mistakes earlier this week alongside a trailer. The album is set to be his first release on Eminem’s label, with his last solo project La Maquina arriving in July 2021 via Griselda Records, Drumwork and EMPIRE.