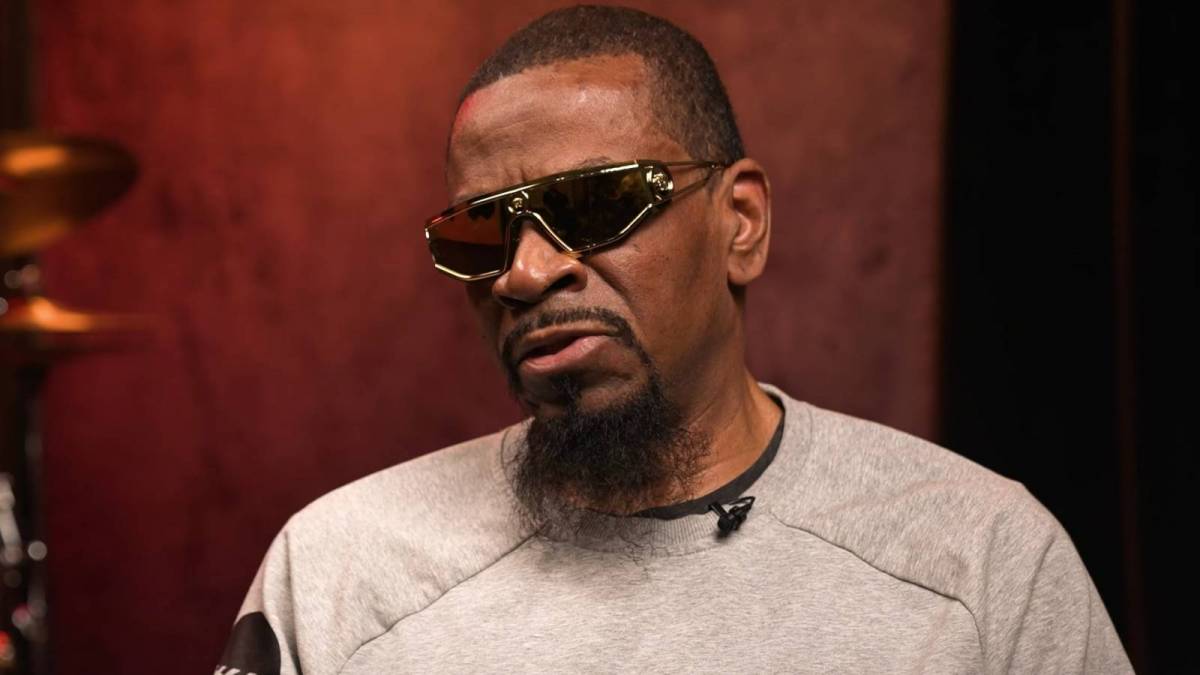 JAY-Z has undoubtedly influenced an entire generation of rappers, although not many can say they influenced JAY-Z. But Jaz-O can. Raised in the same Marcy Houses project as Hov, the “Originator” (as he’s often referred to) took the young JAY-Z under his wing and featured him on his 1990 single “The Originators.”

Needless to say, Jaz-O witnessed the future Hip Hop billionaire grow up and evolve into the powerhouse he is today. In a new interview with VladTV, Jaz-O was asked about the time JAY-Z shot his drug-addicted older brother Eric Carter in the shoulder for allegedly stealing his ring and simultaneously wound up admitting it was his gun.

“Yeah, I can’t remember, but it was a shot to like not as to like fatally wound but just you know … to be honest, I don’t think he was aiming to really hit him, in his defense,” he explained. “He just wanted to get this n-gga scared, like, ‘Yo, cut the shit.’ And it was my gun. He didn’t have the gun so he could go and shoot his brother. It was a thing back then. You got some arms, you got guns or got a gun, that was a sign of brotherhood with the street. It was like, ‘Yeah, you ever run into any problems, I got an extra. You can hold that for whatever reason.’ To be totally honest, for whatever reason.”

JAY-Z was just 12 years old when he pulled the trigger. In a 2010 interview with The Guardian, he admitted it’s haunted him since childhood. “I thought my life was over,” he said at the time. “I thought I’d go to jail forever.”

As Jaz-O continued his story, he explained letting a friend borrow a gun was a sign of brotherhood but didn’t know the young Hov would actually use it.

“So I let him borrow the gun,” he added. “I had no idea for what reason and I don’t think that was the purpose, I’m sure, that wasn’t the purpose he wanted the gun, but that’s just how it turned out. In the song, ‘You Must Love Me,’ he talked about he ran to my crib. He ran to my crib because you bust a gun, I don’t care who you are, you get nervous. You get nervous and you need somewhere to run to so I guess he was like, ‘Let me run over to this n-gga’s house and drop this shit off for worst case scenario.’ So he came up there and dropped it off and everything.”

“You Must Love Me” featuring Kelly Price arrived in 1997 on JAY-Z’s sophomore album In My Life, Vol. 1. The verse in question paints an emotional picture of what happened that day.

“We used to fight every night but I never would suffer/Just smile my big brother’s tryna make me tougher/As we grew, fussing and fighting continued/As I plundered through ya stuff and snuck your clothes to school/Got intense, real intense as we got older/Never believed it would lead to me poppin’ one in your shoulder/Where my rings? Knew you had it ’cause you took too long/As Mickey, Annie, and the girl that bought it looked on/Huffin’ and puffin’ gun in my hand told you step outside.

“Hoping you said no but you hurt my pride/Made our way down the steps/Maybe you thought it was just a threat/Or maybe your life was just that crazy/And you was beggin’ for death/Try to justify this in my young mind/But the adrenaline and my ego hurt combined/Drove me berserk, saw the devil in your eyes/High off more than weed/Confused, I just closed my young eyes and squeezed.”

From there, JAY-Z recalls running to Jaz-O’s house, scared and thinking the damage he’d just done was irreversible.

“What a sound, opened my eyes just in time,” he spit. “To see you stumbling to the ground/Damn what the fuck I done now?/Runnin’ around in a circle thinking I’m assed out/Hot gun burnin’ my waist, ran straight to Jaz’ house/Like a stranger damn I just shot my n-gga/And ran off into the night as if it was not my n-gga/Left the scene how could I go out that way/Still you asked to see me in the hospital the next day/You must love me.”

Revist the song below.