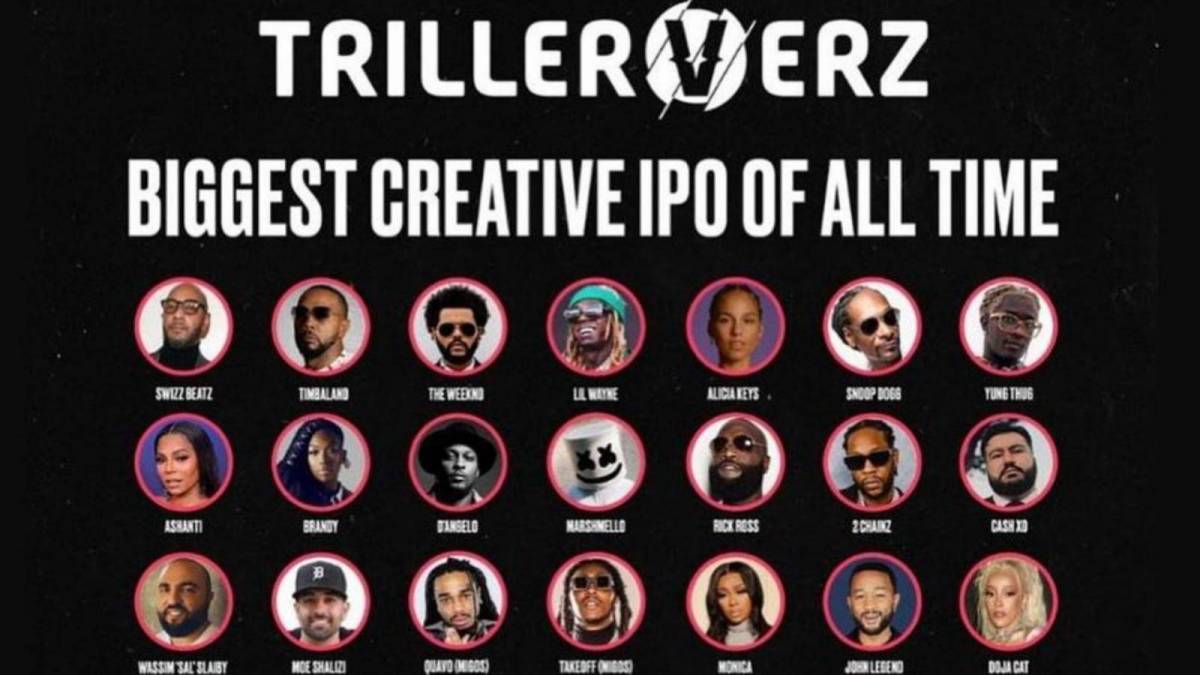 The Avengers of the entertainment industry has been assembled by Swizz Beatz and Timbaland.

In an Instagram post on Friday (January 7), Swizz Beatz revealed part one of the “#TrillerVerz” which is the massive group of shareholders backing the VERZUZ platform he created with Timbaland that will soon become part of the initial public offering of Triller following the social media company’s acquisition of VERZUZ back in March.

“By the artist for the artist with the people,” Swizz began in the post. “It’s always been our dream to go Big with the creatives. This will be the Biggest creative IPO in History !!!!! You’ve never seen this many creatives part of the Bigger picture! But now it’s a new day we will see you all at the BELL. #trillerverz @verzuztv @triller (THIS IS ONLY PT 1 OF THE LIST PT 2 &3 IS COMING )!!!!! I tried to tag everyone but insta only let me do 20. Let’s go 2022……We’re going public !!!!!!!!!!!”

“PT2 #TrillerVerz. Let’s make some History let’s go Ring the Bell. The biggest creative public offering in History!!! By the artist for the Artist with the people !!! (List 2 of the creative owners names!! List 3 coming soon ….) blessings to all.”

Last March, when Swizz Beatz and Timbaland both became a part of Triller to oversee the app’s music department during the deal to acquire VERZUZ, both producers joined the board of shareholders. They collectively chose to pass on a portion of their equity stake to the 43 artists who have previously appeared on, or were a part of the VERZUZ platform.

Swizz Beatz celebrated the moment in an IG post, remarking on how the merger was a “momentous occasion,” for the music industry as a whole.

According to Variety, Triller will become a publicly-traded company through a merger with video-streaming company SeaChange International and will be changing its name to TrillerVerz Corp. The company’s self-evaluation estimates the “new entity” to be worth about $5 billion.

While there haven’t been any specific details released about the direction of VERZUZ moving forward, the music streaming platform created several hallmark moments for Hip Hop such as Gucci Mane and Jeezy’s beef squashing battle and Three 6 Mafia’s recent VERZUZ against the Bone Thugs-N-Harmony — which resulted in a fiery onstage altercation.