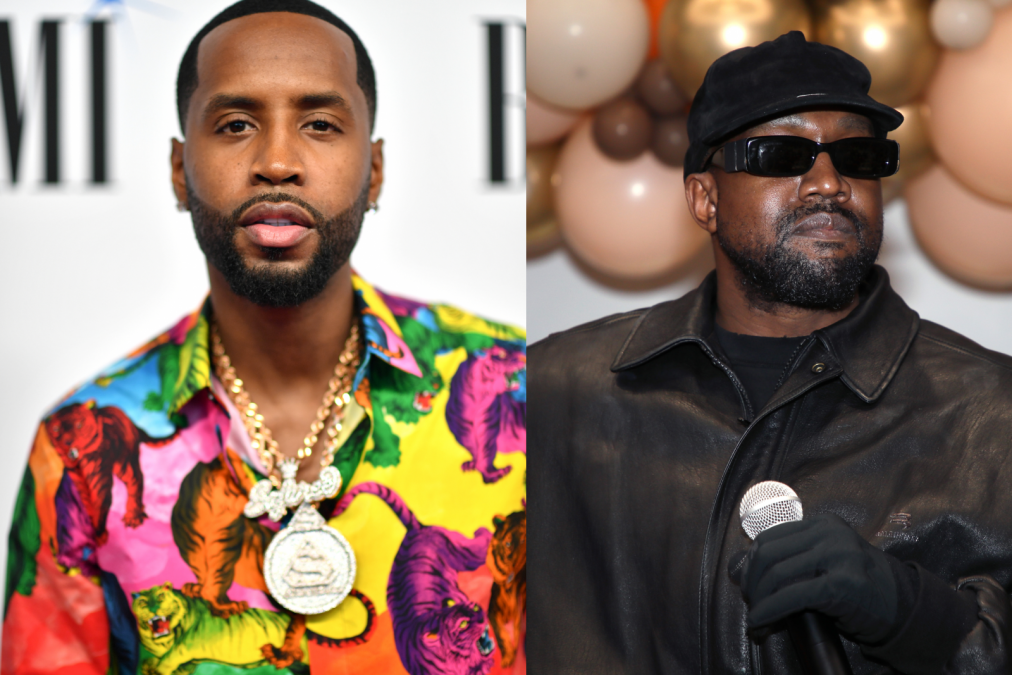 Safaree has a bone to pick with Kanye’s recent fit choices. The Love & Hip Hop star took to Twitter to air his grievances surrounding Ye’s recent choice of outfits.

“I’ve always been a Kanye fan but I really hate how he’s dressing these last 2 years,” Safaree wrote. “He use to be inspiration with clothes and jewelry. Now this guy just wears hoodies and black gloves and it bothers me.”

Safaree was potentially referring to Ye’s outfit seen on Tuesday night (December 28) while he was out partying it up in Houston at James Harden’s Thirteen Houston restaurant. Kanye was seen rocking a pair of black, paint-stained jeans, a dark blue hoodie and massive rain boots, and got fans talking.

Safaree’s thoughts were ultimately reshared by The Shade Room, where R&B singer Tank clowned the reality star for his opinion on the matter.

“Says the guy with no clothing line, no clothing endorsements, and absolutely no fashion sense,” Tank wrote in The Shade Room’s comments.

“Hey I use to be a fan of you… now you suck,” Safaree replied.

“You’re still fan.. stop it.. lol” Tank quickly wrote back, to which Safaree agreed with a laughing emoji.

Safaree’s outfit choices have previously led to a lot of viral conversations, especially when he chose to clad himself in animal fur in the middle of summer back in 2019.

All fashion talk aside, Safaree and Kanye are currently both newly single, with the former officially divorcing his wife Erica Mena in February.

“I mean this from the bottom of my heart getting married was 1 of my BIGGEST mistakes and it will never happen again,”  the TV personality wrote in a since-deleted tweet. “I’m walking away before I End up in jail over some dumb shit. Nobody is worth my freedom!!!”

Mena responded with a post of her own, letting Safaree know that she fully agrees. “Since you always run to social media like a little girl I might as well join in. I absolutely agree with you on this. You are the most selfish, vain and inconsiderate person. And not just with me but your only daughter!”

As for Kanye, he is currently embroiled in a dramatic divorce from Kim Kardashian and made headlines earlier this week when he reportedly purchased a mansion across the street from Kim’s Calabasas home to be closer to the pair’s four children. The Chicago native reportedly snagged the Hidden Hills property for $4.5 million.

Check out a video of Ye’s fit from Tuesday night below.