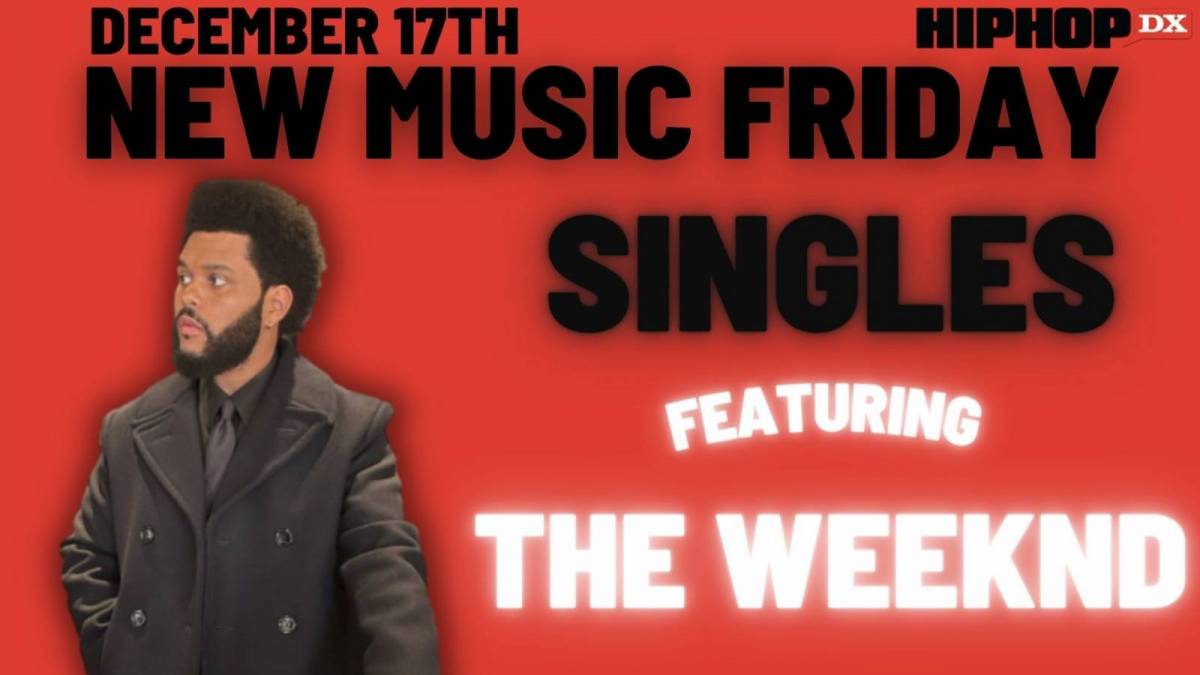 Cases of COVID-19 are soaring across the country, leading many to rescind back into their homes as the holiday season draws near.

If you’re staying outside of the crowds this weekend, look no further for entertainment. This week’s edition of New Music Friday is flush with singles to explore, from the smooth vibes of Burna Boy and WizKid’s “B. D’OR” to YGTUT and Michael Da Vinci’s ethereal “Dollar Signs.”

This week also brought “Poison,” a posthumous release from Aaliyah which also features R&B titan The Weeknd, plus new music from Jhené Aiko.

The world may be tumultuous, but one thing which can always be relied on is HipHopDX bringing you the best new tracks each and every week.

Burna Boy and WizKid are bringing the summer back with their latest collaborative single “B. D’OR.”

Impeccable and engulfing drums set the tone as the two Nigerian powerhouses trade off delivering warm verses. If Afrobeats had an according award to the Ballon D’Or (soccer’s version of the MVP), Burna Boy and Wiz Kid would certainly be leading the race.

Bobby Shmurda’s been open about living his post-prison life to the fullest and not worrying too much about dropping any rushed music. Still, fans who have been waiting will be thrilled to finally hear “Shmoney,” the New York rapper’s most recent track.

Featuring Quavo and long-time affiliate Rowdy Rebel, the “Bobby Bitch” MC’s latest single is ripe with the high-energy bars which propelled him to YouTube (and later Hip Hop) stardom. Keep up the chattering: Shmurda’s focused on bigger and better things.

Earlier this year Aaliyah’s complete body of work was finally uploaded to major streaming services, giving something to celebrate for old fans and new listeners alike.

Now a posthumous new single is being released from the late darling of R&B in the form of “Poison” featuring The Weeknd. Just the rerelease of classic Aaliyah music was a notable event, so unheard verses will surely set the internet ablaze.

The weather is getting chilly and Christmas is right around the corner. Luckily, Jhené Aiko has you covered with the holiday vibes of “Wrap Me Up.”

With her voice sounding both powerful and intimately delicate, Aiko courts her lover, proclaiming that he’s all she needs for a joyous Christmas, sung over the twinkle of bells and a simple kick drum and snare.

YGTUT effortlessly possesses the ‘cool’ factor so many artists yearn for. He’s demonstrated this time and time again through hazy classics including “G35” and “John Whiterspoon,” and now with the Michael Da Vinci-assisted “Dollar Signs.”

A frequent collaborator of fellow Tennessean and 2021 Rapper Of The Year nominee Isaiah Rashad, TUT’s latest sounds as though he wrote it on late-night cruise through Chattanooga.

FKA twigs f. The Weeknd – “Tears In The Club”

One of Atlanta’s leading R&B figures, 6LACK has returned with “Rent Free” and “By Any Means.”

One of the top stars on the LVRN label, 6LACK may not have released a full-length album in 2021, but he has dominated the genre with his features this year on songs like Lil Tjay’s “Calling My Phone,” Khalid’s “Retrograde” and “Midnight River” by Pink Sweat$. With “Rent Free” and “By Any Means,” the Atlanta artist dips back into his solo bag and finds some true gems.

KenTheMan’s “Rose Gold Stripper Pole” originally released in September of this year, but now the Houston rapper has added to its lifespan with the remixed version featuring 2 Chainz.

Explosive and unapologetic, “Rose Gold Stripper Pole” finds the rapper flexing the spoils of her ascension through rap’s hierarchy while throwing a few disses at those who have tried to stop her.

If you’re looking for more tracks with which to buff-up your playlist, be sure to stream this week’s Honorable Mentions consisting of “the remix to “Life Goes On” by Oliver Tree, Trippie Redd and Ski Mask The Slump God, Joyner Lucas’s “My Escape” and “Die Young” from Scorey.