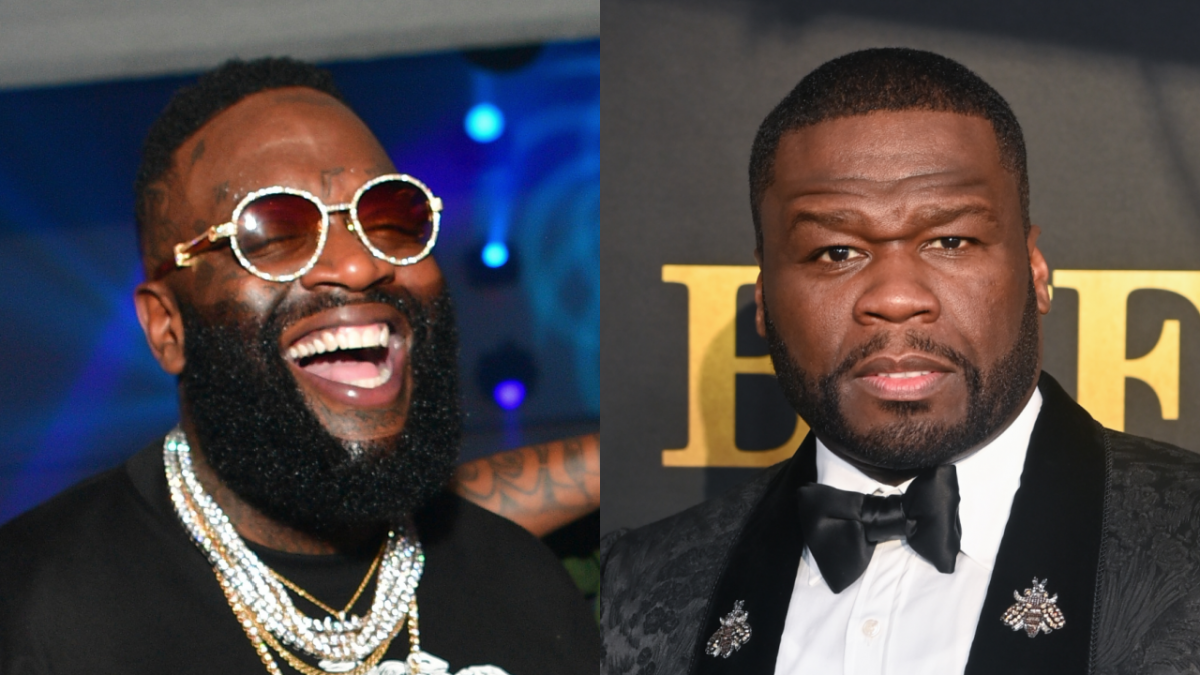 Rick Ross may be looking to broker peace talks between Jeezy and Freddie Gibbs, but it’s unlikely that his own deep-seated rivalry with 50 Cent will come to an end anytime soon.

Even as both men continue to see success in their respective careers — Rozay with his prolific musical output, Wingstop franchises and burgeoning career as a best-selling author; 50 with his growing STARZ TV empire — the two continue to trade shots well over a decade after the initial 2008 interaction that birthed the whole beef.

Prior to the release of his 11th studio album Richer Than I’ve Ever Been, which arrived on Friday (December 10), Rick Ross sat down for an interview with GQ in which he took another dig at his longtime nemesis.

"I have been able to be a part of some of the most incredible sh-t in hip hop." @RickRoss https://t.co/1j5HzpbXiC

Rozay admitted he’s been tuning into 50’s hit STARZ series BMF, before taunting the Queens, New York native by claiming to know exactly how much he’s made from the show’s first season.

“Man, I saw the first [episode]. I was just trying to support the homie Meech, the n-ggas in the street. I could put [my issues with 50] to the side,” Ross said. “I know he may have made a quarter million off the whole season. I’m happy he made that quarter.

“Make sure you put all these details in. I’ll never let you interview me again if you take that out. Keep it. But, look I know he made $250K off the whole season, and that’s good. Tell him I said, ‘Congratulations.'”

When asked if he’d ever turn his hand to acting or comedy, Ross replied, “There ain’t enough money in acting … Your man made $250K for the season doing that. That little season, STARZ TV shit. What channel is it really? … He should’ve just went REVOLT. Just go REVOLT next time. Tell Curtis I said, ‘Go REVOLT.'”

50 Cent‘s name initially came up in the conversation when Rick Ross was quizzed about the possibility of a Verzuz battle between the two Hip Hop heavyweights, and the MMG mogul had an equally snarky answer.

When Ross was reminded that 50’s catalog — which includes the multi-platinum albums Get Rich or Die Tryin’ and The Massacre — is not to be sniffed at, he replied, “Come on, now. I helped the views on his shows. On TV, he didn’t do nothing, man.”

The 50 Cent shade didn’t end there. Rick Ross also invited former G-Unit soldier Lloyd Banks to “come to the promised land” (presumably referring to his MMG imprint) and referred to 50’s mother as a “bulldagger” while addressing a clip of him listening to “Hate It Or Love It” on Instagram. 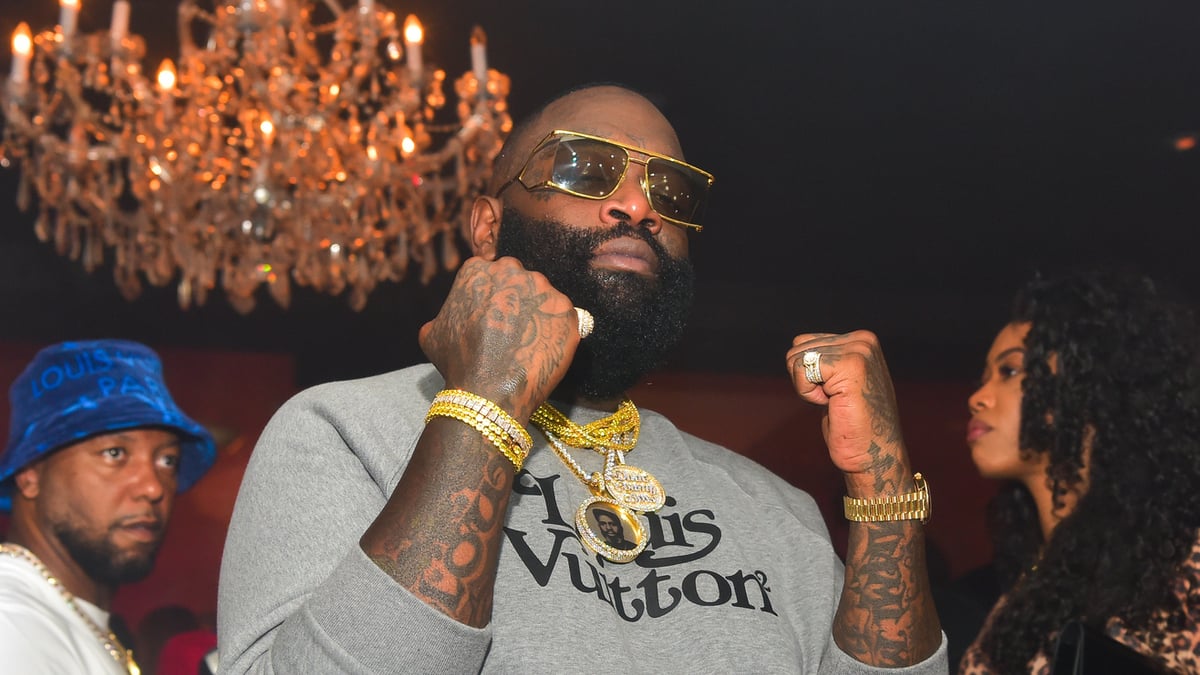 50 Cent had his own words for Rick Ross last July when he dissed the “Maybach Music” MC — along with Meek Mill and Roc Nation CEO Desiree Perez — during an appearance on Lil Wayne’s Young Money Radio.

“I stay away from silly shit because if you say to me … I’m not gonna say who I’m talking about, right? If you represent prison reform, how did you sign to a correctional officer and you managed by a snitch?” 50 said, alluding to Meek Mill’s ties with Ross and Roc Nation. “Help me with this, man!”